An underfunded hospital in rural India provides the setting for this moving British import. The Good Karma Hospital: Series 2 is a heart-felt medical drama starring Amanda Redman (New Tricks) and Amrita Acharia (Game of Thrones) as two British doctors touching the lives of the poor community around them. The drama is engaging and genuine, embracing the characters’ humanity without diving into predictable tropes. Covering a full range of the human experience, the character-driven storytelling is laid-back escapism meant for feel-good television drama.

The six episodes of Series 2 continues with the same cast and crew from Series 1. Dr. Ruby Walker (Amrita Acharia) works under the watchful eye of her boss, Dr. Lydia Fonseca (Amanda Redman). They provide medical service to the local population, often lacking the resources and facilities of Western hospitals. It’s always a struggle for the doctors when health issues become serious.

Beach bar owner Greg (Neil Morrissey) is Lydia’s boyfriend. Greg tries to help the recently widowed Paul (Philip Jackson) move past the grief of losing his wife. Ruby grows closer to the rugged Dr. Gabriel Varma (James Krishna Floyd) as she explores her own Indian heritage and estranged family members. The season culminates in a wedding that brings everyone together.

The real center of the show is the Good Karma hospital itself. The drama can’t help but embrace the exotic local culture to the British Westerners that have come to help out the community. The excellent ensemble cast all fill their own individual spaces in the show. That is a real strength and adds a dose of diversity in what kind of story-lines can be told with these characters. They are wonderfully real and down to Earth.

It’s nice to see older characters receive fully developed personal arcs, touching on emotions glossed over in most dramas. From the quiet moments of love and friendship, to the dark times of suffering and pain doctors often must confront, every issue is sensitively handled.

Good Karma Hopsital’s second Series works as powerful drama that still retains a happy feel. Most of the excitement is generated from happenings at the hospital, as the friendly staff deals with the patients and their own problems. The female-driven British show has a light touch that is often humorous. It is at its best in the more powerful emotional moments, confronting darker emotions such as grief and regret. The multidimensional characters grow as people in realistic fashion, always moving forward in their growth.

If you are looking for a good medical drama with compelling characters, The Good Karma Hospital is a pleasant diversion. 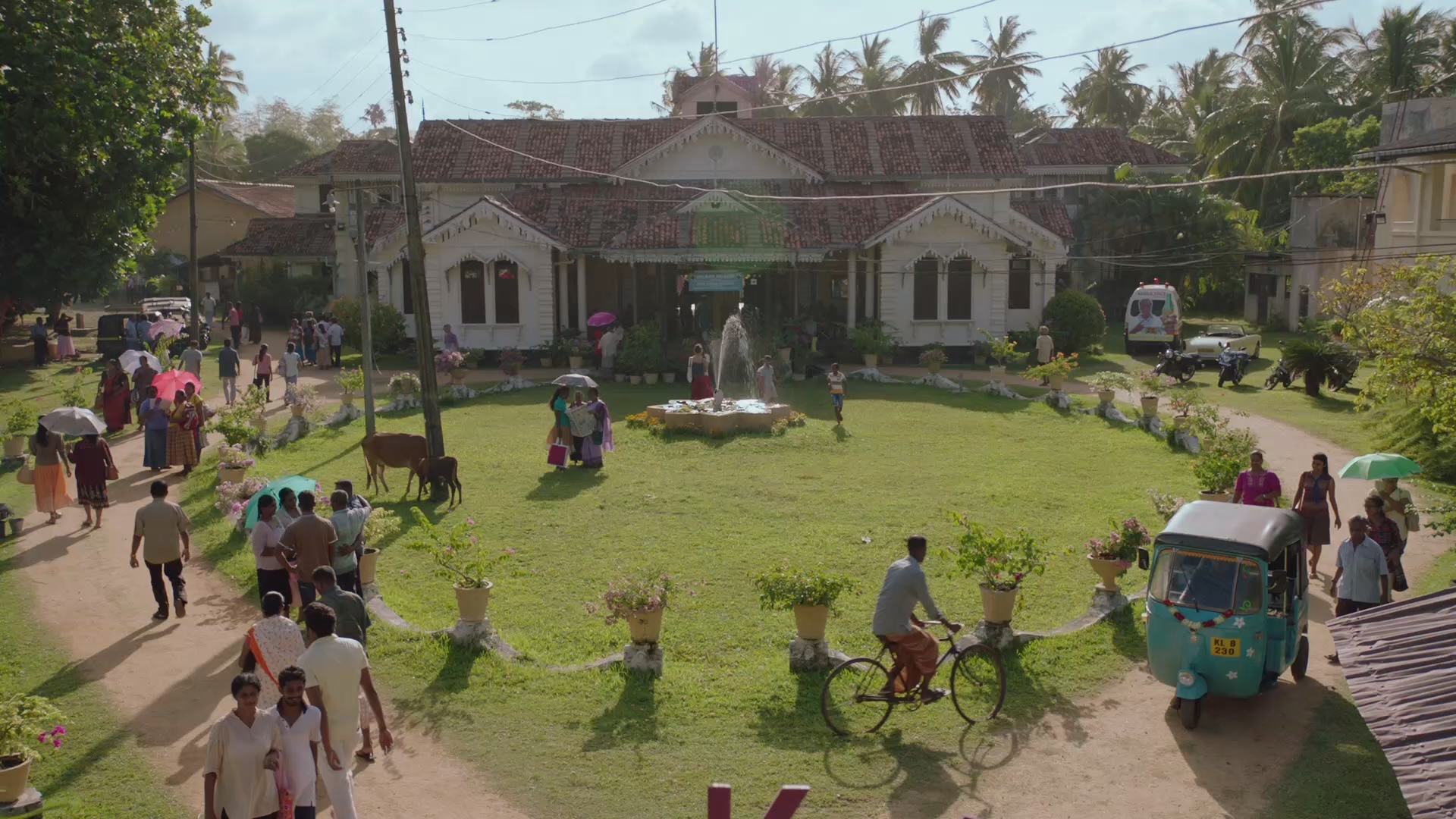 Produced to air on ITV across the Atlantic, The Good Karma Hospital is distributed by RLJ Entertainment on home video for Acorn Media in the United States. All six episodes of Series 2, running approximately 288 minutes in length, are split equally over two BD-50s. The satisfactory AVC encode smoothly handles everything captured by the digital camera. Visually, the Good Karma Hospital has stellar video quality that takes advantage of the colorful Hindu culture in India.

Shot on location, the incredibly pristine 1080P video has vivid clarity and razor-sharp definition. The wedding that caps Series 2 is a true delight in HD. Vibrant dashes of color in the wedding celebration practically turn the episode into real eye candy. Deep hues of green and red, in brilliant chroma resolution, make this some of the best-looking British television I’ve come across on Blu-ray.

The digital video transfer is perfect. Digital noise reduction has been avoided, leaving the pristine imagery of India in spectacular detail. The contrast is perfect with a slightly warm color palette for flesh-tones. Perfect black levels provide the background for excellent shadow delineation.

The Good Karma Hospital is videophile fare for a television production. Its crisp, gorgeous video shines on Blu-ray.

The Good Karma Hospital is a relaxing, dialogue-driven drama. That doesn’t give the 5.1 DTS-HD MA soundtrack a real chance for flashy discrete audio cues. A gentle immersion across the front soundstage is paired with crystal-clear dialogue. It has impeccable clarity and clean fidelity. Some mild ambient support is provided in the rear channels. The show is a British production made for television, thus it lacks the impact and expansive audio design of theatrical fare.

Behind The Scenes Featurette (29:36 in HD) – Cast and crew go over various aspects of the show in this lightly engaging featurette broken up into several different topics. Topics include costumes and make-up, production design, the grief experienced by Paul, and Ruby’s relationship with Gabriel. Creator Dan Sefton and all the primary cast members are interviewed. Footage from the set bolsters the revealing documentary that goes behind the scenes.

The 15 unaltered images below have been taken directly from the actual Blu-ray. For an additional 16 Good Karma Hospital: Series 2 screenshots, early access to all screens (plus the 15,000+ already in our library) in full resolution, dozens of exclusive 4K UHD reviews, and more, support us on Patreon.