The anger of Invisible Man’s Revenge fully subsides in this spoof send-off. Although Bud Abbott and Lou Costello ran into Universal’s monsters prior, the camp value in an invisible person proves an invaluable comedic jolt.

Using the same story ignition (and some footage) from Invisible Man Returns, this playful take sees Abbott and Costello team as freshman detectives trying to track down a killer while proving another innocent. Set in the corrupt boxing world where mobsters pay off fighters to take a fall, that seedier side of sport offers some semblance of a story. There’s not much to Abbott and Costello Meet the Invisible Man. Like a majority of the duo’s comedies, it’s a place to enact their routines.

But, the two remained notable talents here into the ‘50s. Lou’s pratfalls and Bud’s easily fooled straight man don’t differ from the expectation, yet the routine never loses its energy to familiarity. Meet the Invisible Man offers a sleight-of-hand money trading gag, a dopey boxing match, and plenty of awkward instances where the pair need to explain away their invisible partner. Add in some drunken bar brawls, and Meet the Invisible Man finds plenty of energy through to the end.

What it lacks in freshness compared to the other Meet the [Monster] entries, at least there’s a spark of differentiation. Matching up with the Invisible Man (Arthur Franz) is inherently unique compared to the shambling Frankenstein monster or Mummy. As such, Meet the Invisible Man take a chance to parody the series as a whole, placing Abbott and Costello in similar circumstances as previous films. The romance, the science, the quirks; all of them make a return, now played for laughs.

The Invisible Man series always carried a lighter tone, even when at its darkest. Therefore, Invisible Man found itself best suited to this kind of lampooning. Unlike the others, Meet the Invisible Man fits into the canon best, even as a loopy sports comedy. Seeing Costello swing at air while in the ring with a local up-and-comer isn’t out of character when considering the darts action of Invisible Man’s Revenge. Both share implausibility and stretch the concept to its limits, even spilling over and beyond. With Abbott and Costello, that’s fitting. This is why they were stars. 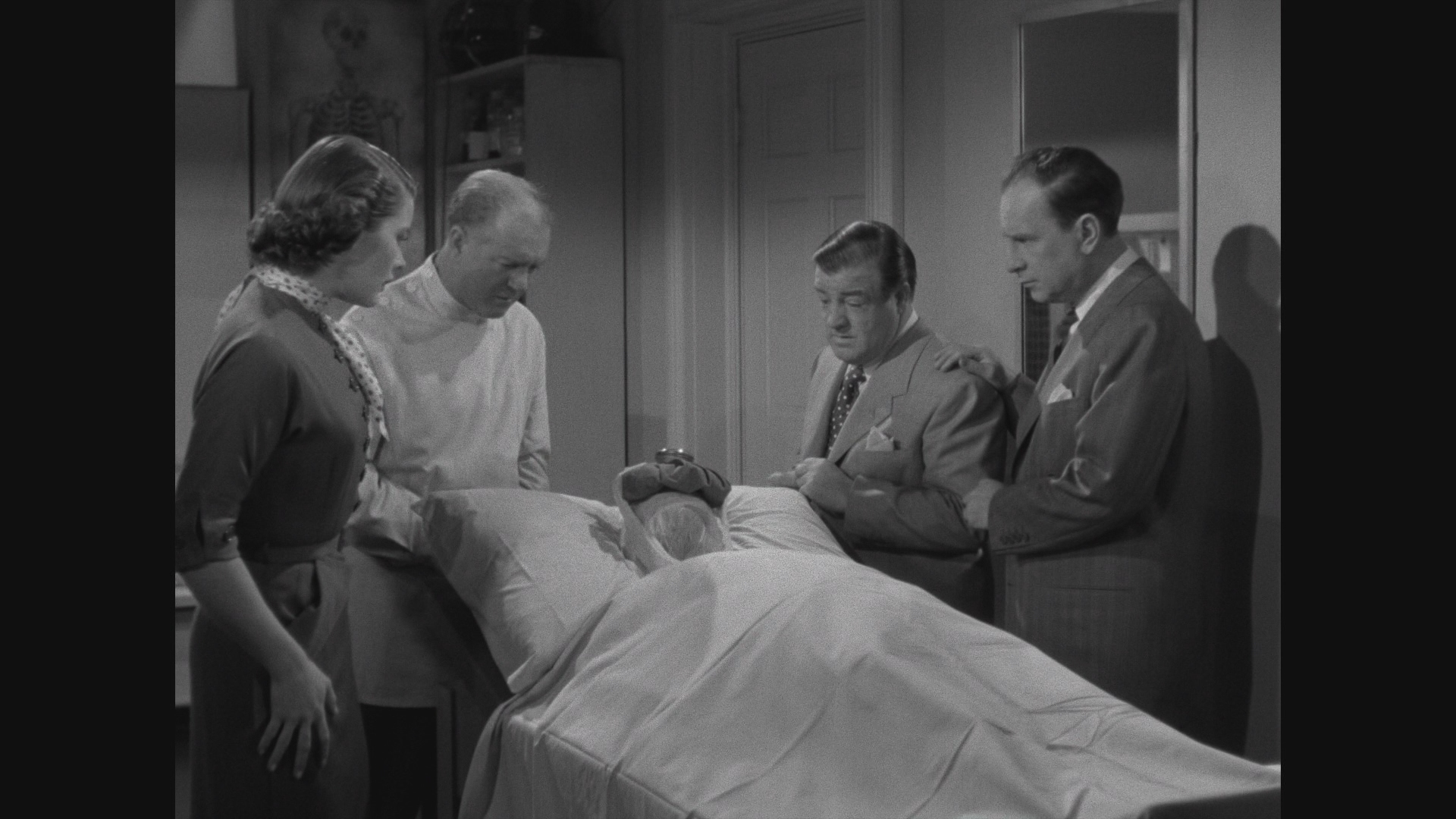 With the exception of a scratch down the right side of the frame (as Lou brings flowers to a hotel room), there’s nothing at issue in this master. The print shows stability, without gate weave, and maintains a pointed, natural grain structure. Universal’s encode doesn’t display any issues in resolving anything.

All the while, pleasing gray scale gives images needed depth. Black levels fall in deeply, and bright contrast remains stable on the opposite end.

Sharpness remains high, save for visual effect scenes. That’s consistent with the period and the rest of the Invisible Man series. Rare for the time, there’s even facial detail to note. High resolution scanning gives Meet the Invisible Man new life on home video.

From a DTS-HD track, Meet the Invisible Man carries fine fidelity. Dialog naturally renders and the chaos of a boxing match poses no challenge for this mix. A small score accompaniment provides a bump to the comedy and no issues.

The naturally drier quality to the presentation is par for the era.

Only a theatrical trailer. The other films in the Abbott and Costello series hold the meat of the bonuses.

An invisible person makes a perfect pair for Abbott and Costello in Meet the Invisible Man, a retread but with nartural comedic spunk.

The 15 unaltered images below represent the Blu-ray. For an additional 22 Abbott and Costello Meet the Invisible Man screenshots, early access to all screens (plus the 15,000+ already in our library), 50+ exclusive 4K UHD reviews, and more, support us on Patreon.