On the Edge of Boredom

Unlike The Happening, where trees became sentient and began killing people, City on the Edge of Battle finds the entire Earth becoming empathetic to Godzilla. That’s slightly more enticing – and with less Mark Wahlberg speaking to spinach.

City on the Edge of Battle loves the concept. It snuggles that theme of planet versus man tightly for over an hour until a sleepy Godzilla wakes up. That’s the monster’s longest screen nap since 1966’s Godzilla vs. the Sea Monster. This is not an exciting film. 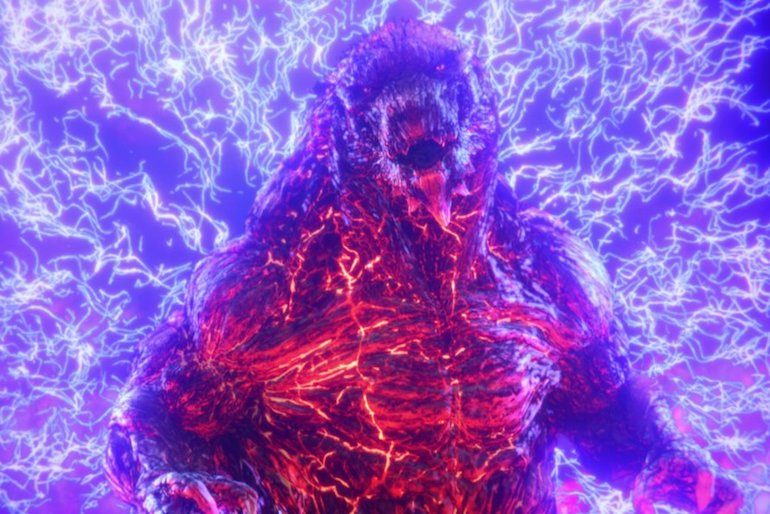 Actually, to be blunt, City on the Edge of Battle is a dreadful bore. Enthralling as the thematic bite seems, that’s smothered by dry military speak, exposition dumps, and little urgency in this story. Each thread, from different human alliances to an inexperienced, young military commander, is screaming for a jolt of energy.

Each thread… is screaming for a jolt of energy.

In layers, all seems fine. It’s an ecological parable; Godzilla rose up when humanity devastated the climate. That was clear in the previous chapter, Planet of the Monsters. Now, it’s learned all of Earth is welcoming Godzilla by using the monster’s genetics. Whether a defensive measure or fall to a conquering foe isn’t made known. Intriguing.

There’s a young military commander taking over a squad for the first time, learning to trust and be decisive in his decisions. Scenes of militaristic bravery and themes of sacrifice generate interest. Further, it’s learned humans on Earth survived into future – 20,000+ years – living underground like insects. 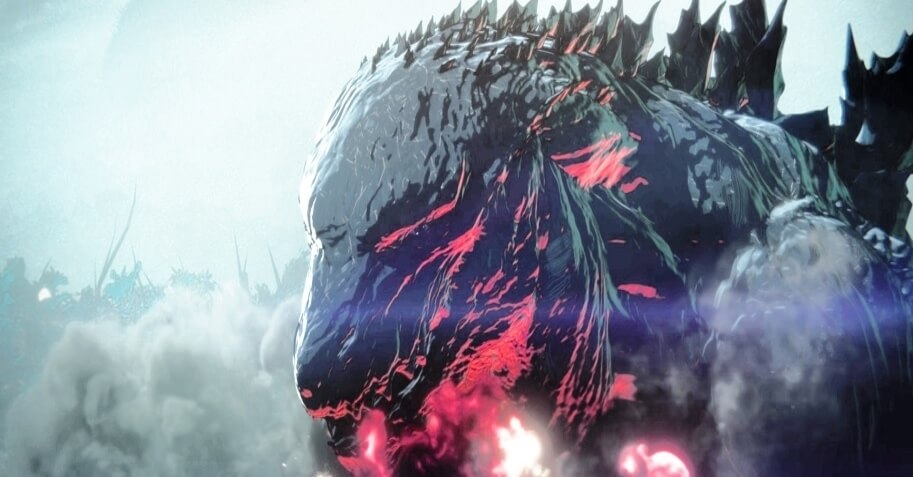 Evolution is key to City on the Edge of Battle. Humans evolved into telepathic beings. Godzilla himself morphed into a 300 meter tall, nigh indestructible god. Earth changed to play host to this new ruler. If anyone didn’t evolve, it’s those humans who left and chose technology over a more natural life.

That’s the conclusion here: Life matters more than gadgets, spaceships, and laser beams. City on the Edge of Battle spans lengthy segments chasing after a dormant Mechagodzilla to combat Godzilla. That proposed clash doesn’t happen in any traditional form, resting more on the allegorical potential. Because this interpretation of Mechagodzilla is made of nanometal, it too grew, taking over a small swatch of land, building a metallic city to defend itself. Tech versus nature, played too literally.

All of City on the Edge of Battle is such a wild, even abstract take on Godzilla lore. It’s removed from the typical monster marches and origins veer wildly from the norm, as if one of the many discarded scripts for proposed live action Godzilla sequels. Yet that creative energy doesn’t dissolve outward into anything engaging.

Instead, viewers sit waiting for a glimpse of the title monster. When finally Godzilla wakes up, it’s all too late. That enthusiasm for a freely creative episode of this screen icon withers in a mishmash of crisscrossing concepts that never meet or blend. Explosions in the final 20 minutes won’t cover this blunder.

The second chapter of the Godzilla animated trilogy is an outright bore with little onus on the story.