At the center of Terminal is a mini-movie. It involves Simon Pegg playing a dying English teacher and Margot Robbie, an all-night diner waitress. The two share a morbid curiosity. They dance around the idea of Pegg’s possible suicide, delighting in the potential for a less painful death compared to lung cancer. Sitting in a booth, alone in the diner, isolation under flickering neon lights feeds their imagination.

Then Terminal loses itself. It loses everything. There’s a dazzling swirl of color and light play, saturating this noir with superior abstract visuals. Terminal’s many pieces link to the world of Blade Runner, teetering the line of sci-fi without crossing. Few scenes lack vibrancy or style, to the point of excess.

Unfortunately, that’s all just a dressing, a style in search of a plot. Terminal is an irritable story, flinching with every twist and draining in its conclusions. Robbie and Pegg share the screen as if they belong together; everyone else only intrudes on their pairing. Max Irons and Dexter Fletcher play two assassins, loosely a team. Mike Myers dons make-up for a wonky role as a subway janitor. That’s the entirety of the cast, limiting the overarching mystery to a handful of suspects.

… style in search of a plot

Winding through these few characters, slipping in and out of timelines, Terminal dizzies itself. There’s no need. It’s clear a direct feed narrative would bore, so the trickery serves as a diversion from the stumbling, ailing plotline. Terminal badly wants a comparison Sin City. The unaccredited city exists as a fantasy land of Americana and neon striping, often seedy for the sake of this mood piece. A few punctures of comedy – mostly from Pegg – don’t help.

Margot Robbie is Terminal’s heart. There’s cause for her to be centered on the poster. Sadly, her role as a spunky femme fatale with a capable sexual lure leads to a grisly end. Appalling, really. One twist deals in pedophilia, another abuse, then still murder. The females in the cast deal with crude sexualization and torture. The men bully up. Contrast in gender is thicker than this color palette.

There’s room for a devious, dark, and macabre in this fashion. Terminal almost finds that. Soon though, it’s off rail, treating Robbie as if only a collection of skin and losing that smirk visible when Pegg joins her. There’s a classic five minute short waiting to run away from the surrounding content. 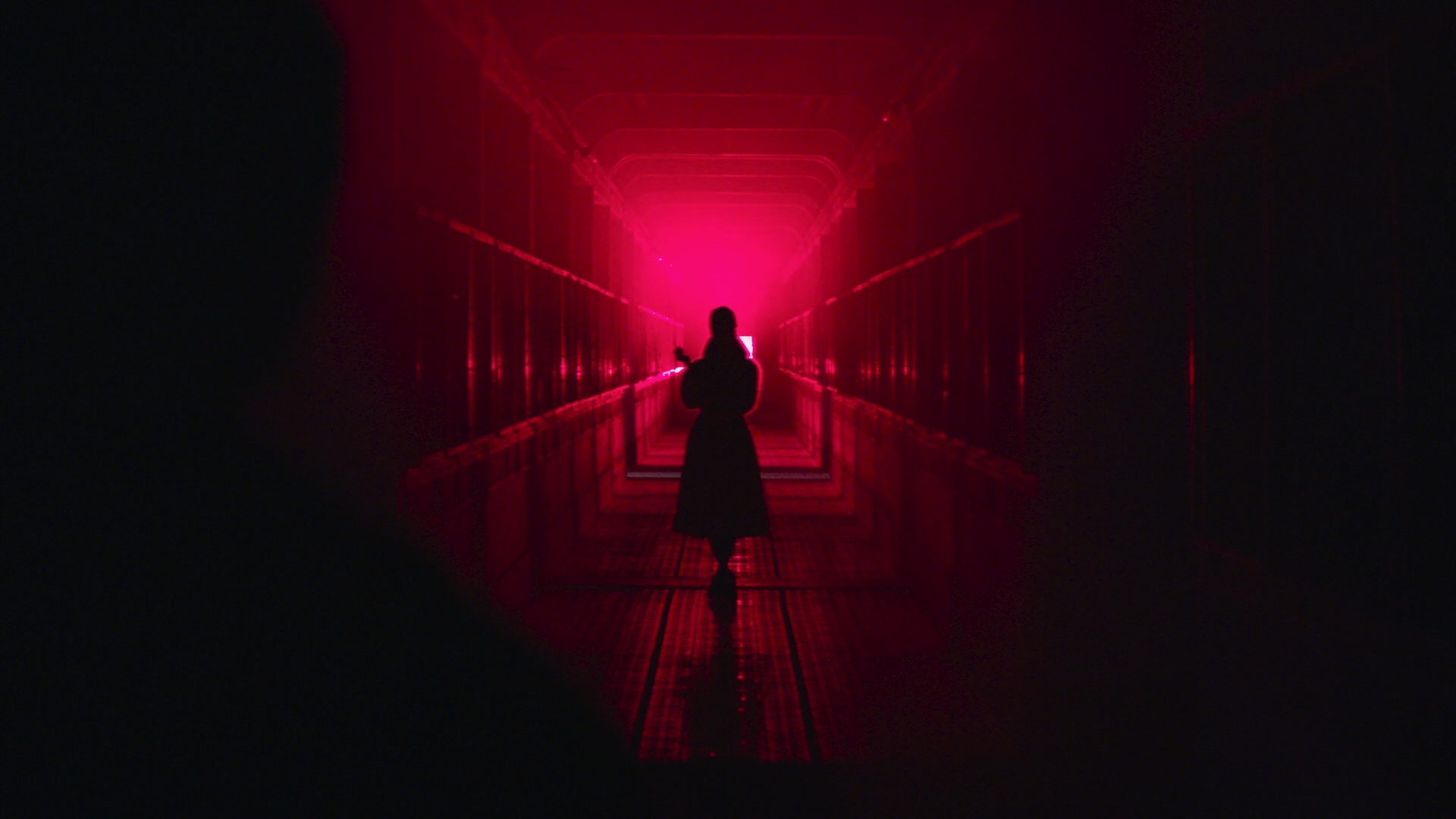 Kudos to RLJ’s encoders. Terminal is not an easy one to process, with significant haze and fog. With one exception, Terminal avoids issues of banding. It’s remarkable considering other movies with similar looks that succumb to the issue.

By design, this is never a sharpened or precise presentation. Rudimentary detail takes up much of the frame, resolved cleanly if lightly. Occasional noise persists, but only awful during a scene near an underground hole. There, behind Robbie, chroma noise picks up for a few minutes.

With wildly varying color schemes, rarely does the disc settle into a single style. Until the closing moments that rush the contrast onto the screen, Terminal sticks with a dour look, accentuated by the saturation. Black levels recede, removing depth. It’s all style.

A plain DTS-HD mix does little in world building. Ambiance is nill. Surround use is limited to a club interior with booming music and some minor effects. A subway running proves the subwoofer is functioning. That’s it.

Dialog stays firmly in the center channel without movement. It’s clear and precise.

Two bland EPK features both run 6:14 each. Exactly. That’s odd, but that’s the only significance to either. A comparison reel to pre-production art and the finished shots runs two minutes is followed by a photo gallery.

Simon Pegg, Margot Robbie, and dazzling cinematography nearly pull Terminal together, but the rest is a grating noir thriller.

The 15 unaltered images below represent the Blu-ray. For an additional 19 Terminal screenshots, early access to all screens (plus the 13,000+ already in our library), 50+ exclusive 4K UHD reviews, and more, support us on Patreon.