Coming to America overrides its core point. Through a jovial prince Akeem (Eddie Murphy), audiences take in the sights of lower middle class Queens, New York. The message is that it’s fine to live off minimum wage; life is about more than class separation and wealth.

Later, in the hunt for a happy ending, Coming to America throws that away. More than anything, Coming to America is battered by studio scripting, the rom com with a sleazy boyfriend, the hero boyfriend, and the average working girl. The fantasy draped over it – a prince/pauper fairy tale – adds spark when the hero boyfriend tries to hide his secret life as a prince (plus adds some magnificent and amusing costuming), but the story is beholden to formula.

All of that aside – and it is a lot – Coming to America is still genuine and comedic gold. Eddie Murphy’s prime rarely divested from laughs. Murphy and Arsenio Hall don world class makeup to kvetch inside a barber shop with each other. Murphy goes so far as to portray an old white Jewish man, and does so invisibly. It’s remarkable.

Murphy and Hall pair organically, a movie that would not work without their talents

There’s the fiery character of New York too. The flurry of expletives, grandly timed by director John Landis, soaks up the city’s late ‘80s vibe. Prince of Zamunda Murphy, landing at JFK to find a real bride rather than an arranged one, takes lumps as both a tourist and fish-out-of-water. From the colorful and lively scenery of Zamunda, Coming to America slaps Queens with little else than gray brick. Any color comes from graffiti.

It’s a blast to watch a pampered prince take pride in his janitorial work, fumbling the culture along the way. He tries football and basketball, unable to grab the nuance of either. Mopping is an alien concept. Awkward and lovable, Murphy earns empathy points for his efforts, generating natural comedy while attempting to break down the tenants of his country’s patriarchy. Somewhat, anyway.

While Coming to America chokes on its inconsistent and messy script, the blast of ‘80s cynicism and careful romance elevates this one to near classic status. The energy of the production, delving into Oscar-nominated effects and costumes, leave Coming to America with identity. Murphy and Hall pair organically, a movie that would not work without their talents. That they play so many characters is a testament to their skill, both in their prime, and Landis’ comedic timing behind the camera elevates them further still. 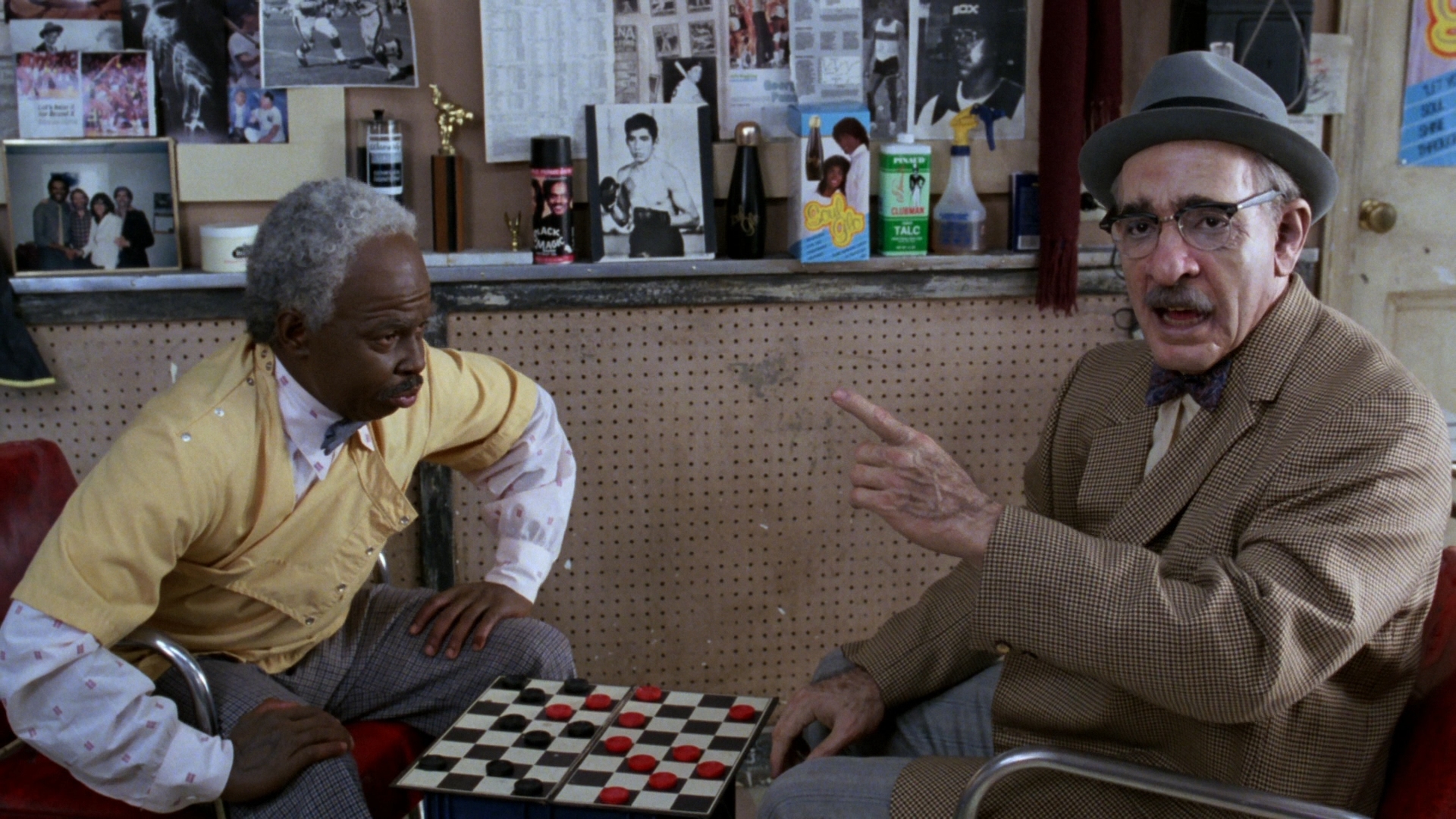 Paramount does this a lot. Coming to America’s 30th Anniversary Edition looks and sounds an awful lot like the previous Blu-ray. That’s because it’s the same. Don’t be tricked unless the new slipcover is attractive to you.

Luckily, the previous disc and this one look wonderful. Scenes in Zamunda splash the screen with saturated color. Strong primaries break out, and continue once into New York. Local clothing, from a Jets jacket to the McDowell’s uniforms, add zest. Coming to America hasn’t faded with time.

A sure sign this disc didn’t come from 2018: Dolby Digital. The compressed 5.1 mix is fine, certainly delivering in terms of the front soundstage. Separation is wide and convincing, even with minimal drift into the rears. A fireworks display and busy airport fall into surrounds, then die off for the rest of the time.

Clear dialog sits in the center, managed well and without issues. Like the video, Coming to America’s audio survives the past 30 years unscathed.

Bonus features carry over entirely from the previous Blu-ray. The major one is Prince-ipal Photography, a 25-minute retrospective on the production. Fir for Akeem looks at the outstanding costume work and does for 18-minutes. Rick Baker gets his due in the 12-minute Character Building, looking at the make-up effects. Composer Neil Rodgers earns a separate bit titled Composing American, another 11-minutes. Finally, an interview with Murphy and Hall dates back to 1989, a brief snippet of the duo a little after release.

The 15 unaltered images below represent the Blu-ray. For an additional 27 Coming to America screenshots, early access to all screens (plus the 12,000+ already in our library), exclusive 4K UHD reviews, and more, support us on Patreon.