Brie Larson and Donald Sutherland Sing In This Musical

You have to wonder how an Oscar winner like Brie Larson, near the zenith of her career, ended up on a haphazard project like Basmati Blues. This is one credit she’ll regret having on her IMDB page.

A cross-cultural romantic comedy and musical from director Danny Baron, it’s already been lambasted for its cultural insensitivity towards India and inept filmmaking. The new movie is a bizarre mix of Broadway show, vapid Hollywood musical, and older Bollywood films. It’s almost worth seeing this turkey for Brie Larson’s relentlessly happy and positive enthusiasm singing and dancing her way through the film.

The musical romantic comedy stars actress Brie Larson as an American scientist sent over to India, selling her company’s genetically modified rice to poor rice farmers. Somehow the great Donald Sutherland was also roped into doing the movie as an elderly corporate overlord. He plays the role of villain with a detached awareness of what’s right and what’s wrong for the farmers. His character is but one of many stereotypical characters filling out the musical.

The cheesy plot is a simple love story with a few heavy cultural-specific tropes thrown in as a nod to Bollywood. Dr. Linda Watt (Brie Larson) has created a genetically modified rice with her father played by Scott Bakula. The brilliant young scientist is plucked out of her company’s lab, sent to India by the CEO (Donald Sutherland) to become a friendly face selling contracts to poor local farmers. Unknown to her, the contracts contain a clause that all but ensure the company can take their land.

… the script is laughably poor at developing the relationship

Upon arrival, Linda is overwhelmed and culture-shocked by India. She is introduced to an ambitious young man meant to guide her through her corporate tasks around India, William Patel (Saahil Sehgal). Linda then meets Rajit (Utkarsh Ambudkar), a college student that believes in a better way for the local rice farmers with his own invention. Despite their initial antagonism, or maybe because of it, she inexplicably starts falling for him.

While American stars Brie Larson and Donald Sutherland are the big names, this musical is really aimed at the large Bollywood audience. Brie Larson does her best with a chipper, playful performance that is endlessly upbeat. But there is little actual chemistry with her romantic interest and the script is laughably poor at developing the relationship. Relying on any number of cliches and tropes to move the narrative along, the rushed ending literally involves a train wreck – which is more fitting than you can possibly imagine.

I’m not sure what audience this movie was intended. The music, featuring original songs by Pearl Jam and Kristian Bush of Sugarland among others, is mostly fluffy material suited for a Broadway show or a Bollywood movie. Most of the cast deliver perfunctory singing performances, including Brie herself. A former teen singer that released a poor-selling album in 2005, Brie’s future lies firmly in acting. It’s telling that Donald Sutherland admits in the special features that he wasn’t even aware this was a musical before signing up for the project.

The critics are piling on this movie with a mostly American cast that it portrays a completely inauthentic depiction of India. Some have even gone as far as calling it racist, which is probably a bridge too far in this case. Basmati Blues is simply a poor film that badly tries to incorporate some Bollywood flavor for spice and ends up failing. It is a film that would be perfect for the Mystery Science Theater 3000 crew to dismantle without remorse. 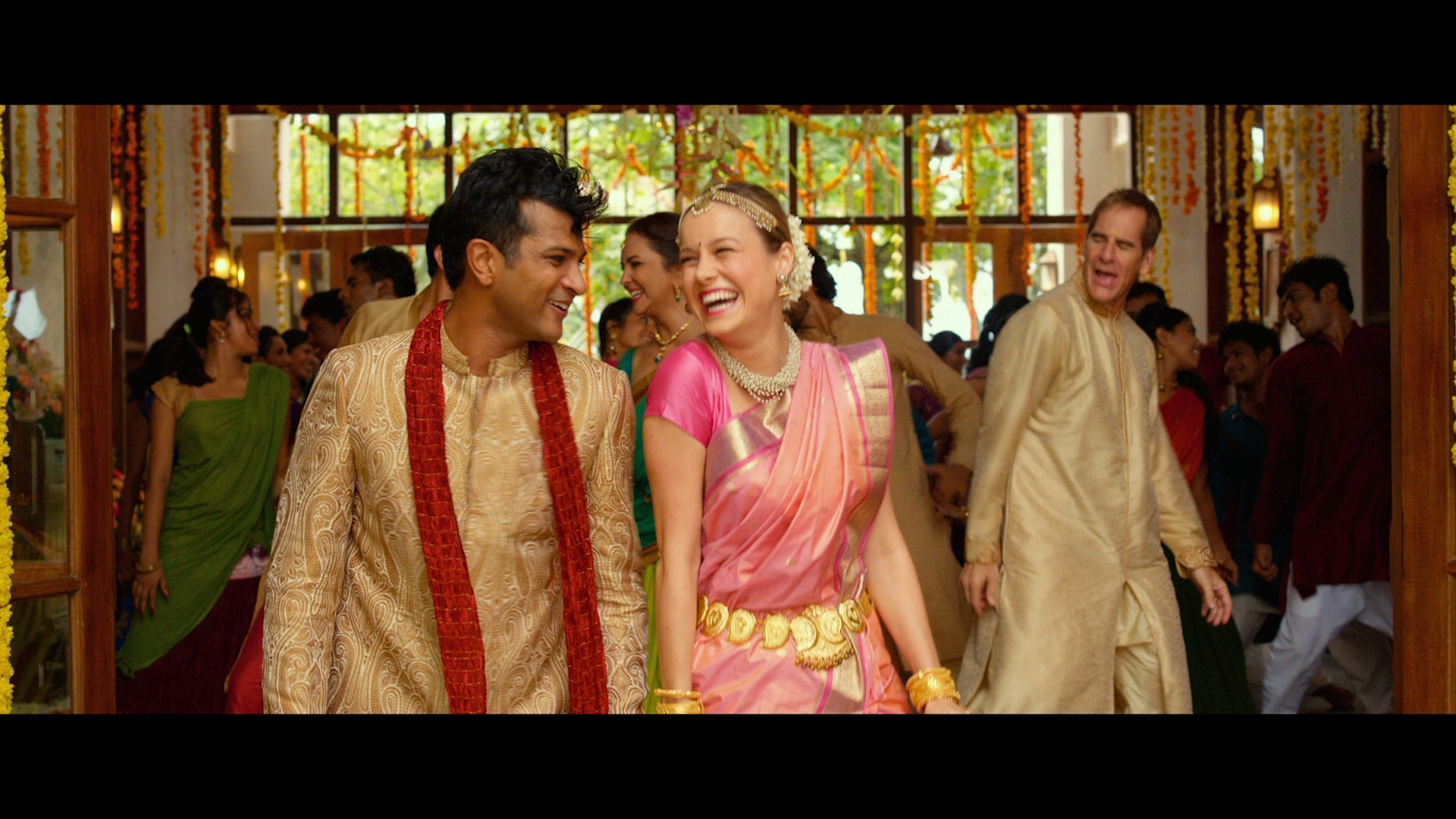 Say what you will about Basmati Blues as a movie, but no one can argue with its excellent video quality on Blu-ray. From the lush green foliage seen in India to the colorful attire worn by locals, this 2.35:1 presentation sparkles with fantastic clarity and definition. The 106-minute main feature receives a thorough AVC encode at top-notch parameters. Struck from a technically perfect 2K digital intermediate and transfer, this is crisp, vivid picture quality.

The razor-sharp definition reveals excellent levels of detail in close-up textures. The bright, colorful palette is set in a perfect contrast with picture-perfect fleshtones. Basmati Blues has a pristine appearance with all the correct videophile traits. Its impressive 1080P video showcases the film’s vibrant imagery. It’s practically a travelogue if you want to see rice farming up close in India.

The musical romantic comedy comes with a satisfactory 5.1 DTS-HD MA soundtrack. Featuring original music by Pearl Jam and Kristian Bush of Sugarland, Basmati Blues sounds like the result of a sonic blender between Broadway showtunes and Bollywood musicals.

Global musicians Sid Khosla of Goldspot, Dave Baerwald, and Sonu Nigam also contribute original songs. None of the songs are particularly memorable and some of the actors are hit-or-miss as singers. Composer Steven Argila’s score receives the most surround support in this unambitious audio mix. Dialogue is cleanly reproduced, however the lively music lacks the sweep and smooth integration of bigger productions.

Optional English SDH subtitles play in a white font, always within the 2.35:1 video.

Shout! Factory includes a slipcover for this Blu-ray edition. The disc’s special features include one of the most annoyingly positive, upbeat commentaries I’ve ever heard. The director and his crew may not have made a great movie, but they certainly had a good time making it.

Behind-the-Scenes Featurette (14:12 in HD) – Interviews with both cast and crew, including star Brie Larson, round out this featurette that contains footage from the set and the usual behind-the-scenes material.

The 15 unaltered images below are from the Blu-ray. For an additional 11 Basmati Blues uncompressed screenshots, early access to all screens (plus the 10,000+ already in our library), exclusive UHD reviews, and more, support us on Patreon.