A zero-budget flick constructed around an intriguing premise becomes thoughtful science fiction in Jerome Bixby’s The Man From Earth. If the name doesn’t sound familiar, Jerome Bixby was a noted science fiction author and screenplay writer for shows such as Fantastic Voyage, Star Trek and The Twilight Zone. His final work, which Bixby had been working on since the 1960s, was ultimately turned into a movie by director Richard Schenkman. It wasn’t an easy process from Bixby’s screenplay to the screen, as the author passed away in 1998 and this movie wasn’t produced until 2007. It has since garnered acclaim in science fiction circles for its smart script and fascinating core idea.

The Man From Earth has a simple premise and hook that drives its entire narrative. Professor John Oldman (David Lee Smith) announces to his academic colleagues at a goodbye party, many of them close friends, that he’s in fact a Cro-Magnon caveman that has lived for over 14,000 years. Claiming to be an immortal, John calmly relates his incredible story to his shocked friends at a remote cabin.

The group of scientists are naturally incredulous of this revelation, thinking either John is playing a joke on them or that he’s lost his mind. When John doesn’t relent on his background, Dan (Tony Todd) encourages the group to take John’s story at face value, for the laughs if nothing else. What unfolds is a fascinating psychological drama between John and his friends as they learn more of John’s supposed history.

All specialists in various fields such as anthropology or psychiatry, John slowly wins his friends over to the possibility he is in fact an immortal caveman. His backstory has a strong internal consistency. Bixby clearly thought through the possibilities of what this fantastic premise would entail for an immortal living 14,000 years.

Probably the most interesting but polarizing part of the film comes later, when John claims the identity of a central figure in world history. It wouldn’t be fair to reveal the historical person John claims to have been at one point, as it’s a critical moment for John and the group. But it does shift the focus from strictly being a science-driven plot to one with wider religious implications, which doesn’t entirely work in this small indie picture. Bixby’s screenplay effortlessly works until this road bump, introducing a dangling thread that has to be hastily dismissed in the final act if the story is to end successfully within 90 minutes. It almost feels like this latter revelation was shoehorned into the plot from a different script.

Director Richard Schenkman (Mischief Night) rounds up an interesting and familiar cast for the intellectually provocative film. Veteran Hollywood actors each fit nicely into their roles as supporting characters.

Despite no special effects and little action beyond a couple of heated arguments, The Man From Earth is an interesting exploration of an intriguing premise. Grounded in the excellent wellspring of cutting-edge science fiction found in classic episodes from The Outer Limits and The Twilight Zone, the no-budget film is intellectual entertainment for the thinking science fiction fan. While it’s not a perfect film, its imaginative concept outweighs its clumsy religious musings. 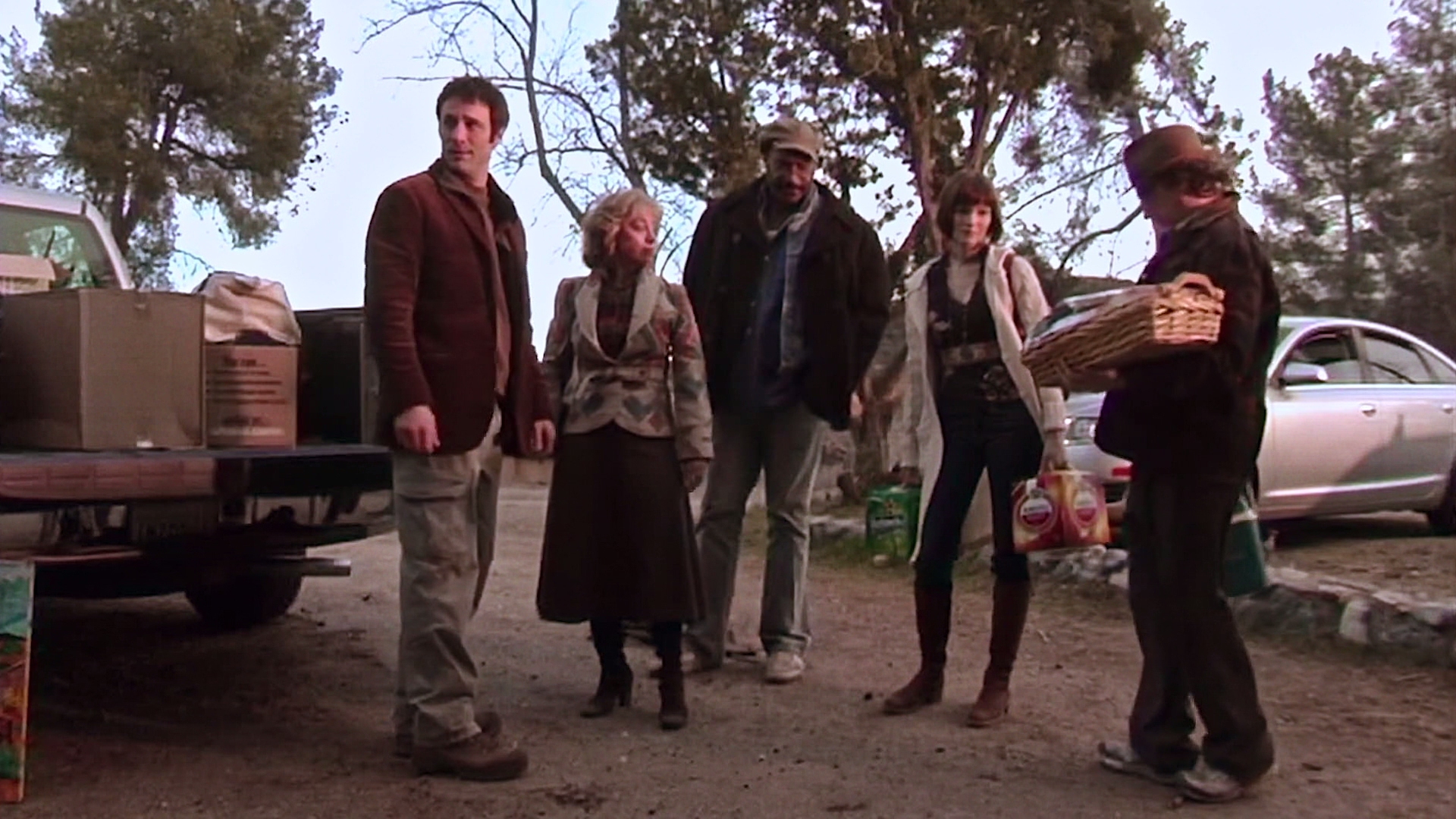 MVDvisual reissues The Man From Earth on Blu-ray in this 2017 special edition with a remastered transfer. Taken directly from its less-than-optimal sub-HD source elements, expect little more than a serviceable presentation by DVD standards. The following text was provided on this new transfer by its producers:

Jerome Bixby’s The Man From Earth was originally shot on standard definition MiniDV (digital video) in January 2006 before the proliferation of high definition filmmaking. This special edition contains a high definition, newly remastered version of the film approved by the filmmakers which was completed using an up-conversion process from the original 172,800 pixels per frame MiniDV camera tapes to 2,073,600 pixels per frame of Full HD. The original DV 30 Mbps 29.97fps media was converted to a new ProRes 422 HQ 220 Mbps source at 24 fps for more cinematic motion and for more control and manipulation of the picture during an all new color correction process, with each shot meticulously noise reduced, sharpened, and detail enhanced.

That better explains the limited detail and definition found in this upconverted 1080P video, framed at 1.78:1. The included featurette does demonstrate how this new remaster has improved the video quality. But there is simply little that can be done with the original sub-par filmmaking elements and occasional insertion of upconverted footage to 35mm film. The limited video quality is “baked” into the film, for better or worse.

The AVC encode does what it can with the video’s rougher moments. The soft picture has poor shadow delineation, especially later in the film when the cabin is mostly lit by a fireplace. A number of artifacts (combing, macroblocking, etc.) result from the MiniDV footage that you don’t see very often anymore in better digital video.

The audio comes in two serviceable, if limited, flavors in 2.0 DTS-HD MA and 5.1 DTS-HD MA. There really isn’t much difference between the stereo mix and the surround mix. The Man From Earth is completely driven by dialogue, limiting the possibilities with its audio design.

There are no significant directional cues. The instrumental score opens up a tad in the surround mix, while the stereo mix sounds a bit punchier in the middle frequencies. Fidelity is clean and perfectly acceptable.

The Blu-ray is coded for all regions. MVDVisual adds a heaping of special features to the previously released, barebones Anchor Bay Blu-ray that came out many years ago. It’s a nice set of archival featurettes from 2007 and two commentaries. The big lure is the brand-new retrospective documentary that runs nearly 90 minutes.

“The Man From Earth: Legacy” documentary (85:52 in HD) – A new, behind-the-scenes documentary chronicling the history and phenomenon of the film with all-new interviews with the director, producers and the cast.

The Man From Earth

The unaltered images below are from the Blu-ray. For an additional 10 The Man From Earth screenshots, early access to all screens (plus the 10,000+ already in our library), exclusive UHD reviews, and more, support us on Patreon.