In this era of anti-bullying crusades, Wonder has its place. It’s a fine story of a boy with a facial disfigurement pulled away from the safety of home schooling and forced to endure the expected torment of bullies.

The drama is cruel, but the spirit is grander. Born with his deformity, NASA-fanatic Auggie (Jacob Tremblay) impacts others around him. He puts a smile on their faces. Internally, he buries hurtful messages. Those who welcome him into their circle begin to glow.

It’s wonderful, touching, and soft. Sweet too, generous in showing the benefits of social kindness. Everyone supports Auggie outside of school bullies, one of them an over-privileged fifth-grader raised by insufferable parents. He’s Wonder’s go-to villain. Of course Auggie is the hero.

Wonder is meant for everyone of every emotional age group

Wonder doesn’t often surprise. The story requires contrivances to see it through the end. Broken relationships mend before the predictably happy ending. Family turmoils, including the death of a pet, seems forgotten as soon as they happen. Wonder is meant for everyone of every emotional age group, remaining pliable at the expense of ever truly finding itself totally down.

Auggie comes from a well-to-do-home, situated in a fictional New York suburb. Both parents support him. They paid for some 20 surgeries, fortunate enough to do so. He’s placed in private schooling. While Auggie’s physical attributes earn him unwarranted scorn, the rest of his situation is quite soft. Rare arguments break up an almost implausibly happy homestead. Dad works, mom finds time to continue her schooling, Auggie’s sister discovers high school romance. There’s inspiration in Auggie’s attitude and maturity; he’s also extraordinarily lucky and relatable to few.

Still, it’s possible to place Auggie’s situation with someone of color or religion. The same bias and bigotry fit. In that way, Wonder manages to turn into something powerful. Its statements are many, its final words particularly resonate to modern society. It’s impossible not to like Auggie (unless your affluence favors objects over empathy, as with Wonder’s villain). Tremblay emotes through a stellar make-up job, his sister Via (Izabela Vidovic) acts with the skill comparable to a young Natalie Portman, while Owen Wilson and Julie Roberts portray parents with almost fanciful, storybook smiles.

Likely, that’s Wonder’s intent, a filmed fairy tale, set in our times with our growing sense of acceptance. That explains the routine and the formalities of a story like this. It also makes Wonder generally accessible, with or without the clichés. 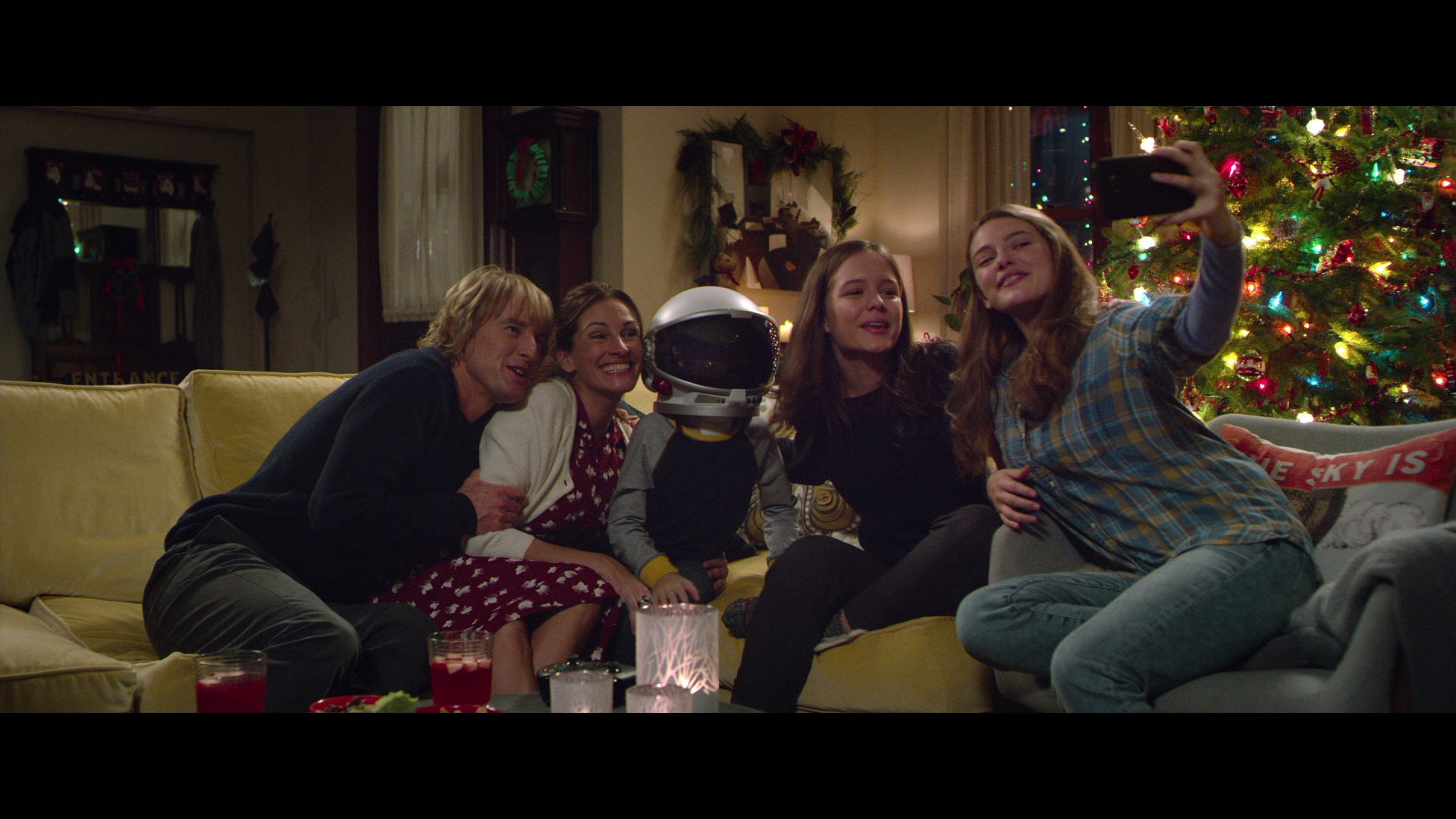 From a 2K digital source, Wonder isn’t bothered by any particular problems. Images carry a clean, pure quality. Noise isn’t an issue. Lionsgate’s encode works to keep a handful of busy shots devoid of compression, notably one of snow-covered trees asking for trouble.

A strong sense of color highlights primary tones, with a tinge of warmth. Wonder carries a welcoming look, creating an attractive palette. Nice reds and greens fill the frame, and the bevy of primaries used in the various locations makes for a consistently eye-catching background to the dialog.

The HDR presence isn’t dominating. Black levels even fall into a gray rather frequently. Highlights keep reserved, lacking in punch. Even still, contrast is bright, keeping Wonder nicely dense with above average depth. Blacks may not fall into inky territory, but do fit the aesthetic.

Where it counts is detail, resolving facial definition and some fetching sights in the New York skyline. Exteriors present exquisite texture, from bricks to grass. It’s slightly soft – a definite 2K source as visible with trained eyes – but nonetheless manages to impress.

A naturally bright images helps Wonder on Blu-ray. Contrast offers image depth where black levels do not, and much of Wonder uses strong lighting. Likewise, this allows for fine detail, especially in close, with the slightest compression apparent during busier long shots.

Slightly yellowed flesh tones betray the rest of the color, high in saturation and density. Reds pop, and Wonder is one to frequently use a bevy of hues to decorate the 2.35:1 frame.

Both discs utilize TrueHD 7.1 as their source, a mix of ambiance mostly. School grounds always sound packed with activity, with chattering kids and footsteps spreading between speakers as Auggie makes his rounds. Auditoriums fill with cheering and clapping, creating a vibrant soundstage. Even a forest scene adds bird calls into the surrounds, just to keep with Wonder’s quality bar.

Additional channels won’t be used for much; they fill in as needed. No specific cues fill the added rears, not that much is expected. Key here is quiet dialog, nicely balanced with the bigger moments and always audible.

Lionsgate gives Wonder the A treatment, beginning with a commentary from director Stephen Chbosky and author/producer RJ Palacio. Next is a great five-part documentary called Summer of Fun, running close to an hour with an honest look at production and how to translate the original book. A Child’s Sense of Wonder follows, 13-minutes with a focus on directing kids. The location gets its due in What a Wonderful World, 12-minutes and certainly high on the choice. A music vid and a behind-the-scenes peek at creating the soundtrack follow for the finish.

Wonder is so sweet as to be implausible, but it’s not without merit in the vein of a family-friendly storybook and great performances.

The 15 unaltered images below represent the Blu-ray. For an additional nine Wonder uncompressed screenshots, early access to all screens (plus the 10,000+ already in our library), exclusive UHD reviews, and more, support us on Patreon.