10 Cloverfield Lane traps a young women in a 1950s time capsule. Or rather, a bunker, populated by an older man (John Goodman) who obsesses over survival. It’s an enriched story, released at a time of political uncertainty, and riffing on the idea of America being “great again.” Goodman is right: It is dangerous outside. However, it’s certainly more so for a woman being stifled under outmoded belief systems, now fighting to escape a suffocating turn in society.

Two years on from the Blu-ray release, 10 Cloverfield Lane does benefit from the move to UHD. All of the original disc’s qualities remain. This is a stellar film visually, rife with tight, sharp close-ups. Digital cinematography from the Red Epic presents absolute clarity. It’s remarkably clean.

From a 2K source, fidelity isn’t substantially greater than the Blu-ray. Still, a touch of sharpness and better compression assists in giving this upscale some new life.

An HDR pass isn’t readily apparent. By design, black levels run dry with limited energy. 10 Cloverfield Lane doesn’t reach pure black until the finish. There, Mary Elizabeth Winstead becomes cloaked by darkness. That’s where the format shines, reaching pure black for the first time. Moments of contrast breach the dimmer look of the bunker. Lights stand out, if not with any regularity. Contrast stays reserved.

With color, dense pockets and blue and orange fill a typical palette, at times used to effect (a wall-to-wall conversation between Winstead and co-star John Gallagher Jr. uses this color contrast). Primaries slip away into cooler hues. It’s attractive though, with often accurate flesh tones and strong, intended hues. 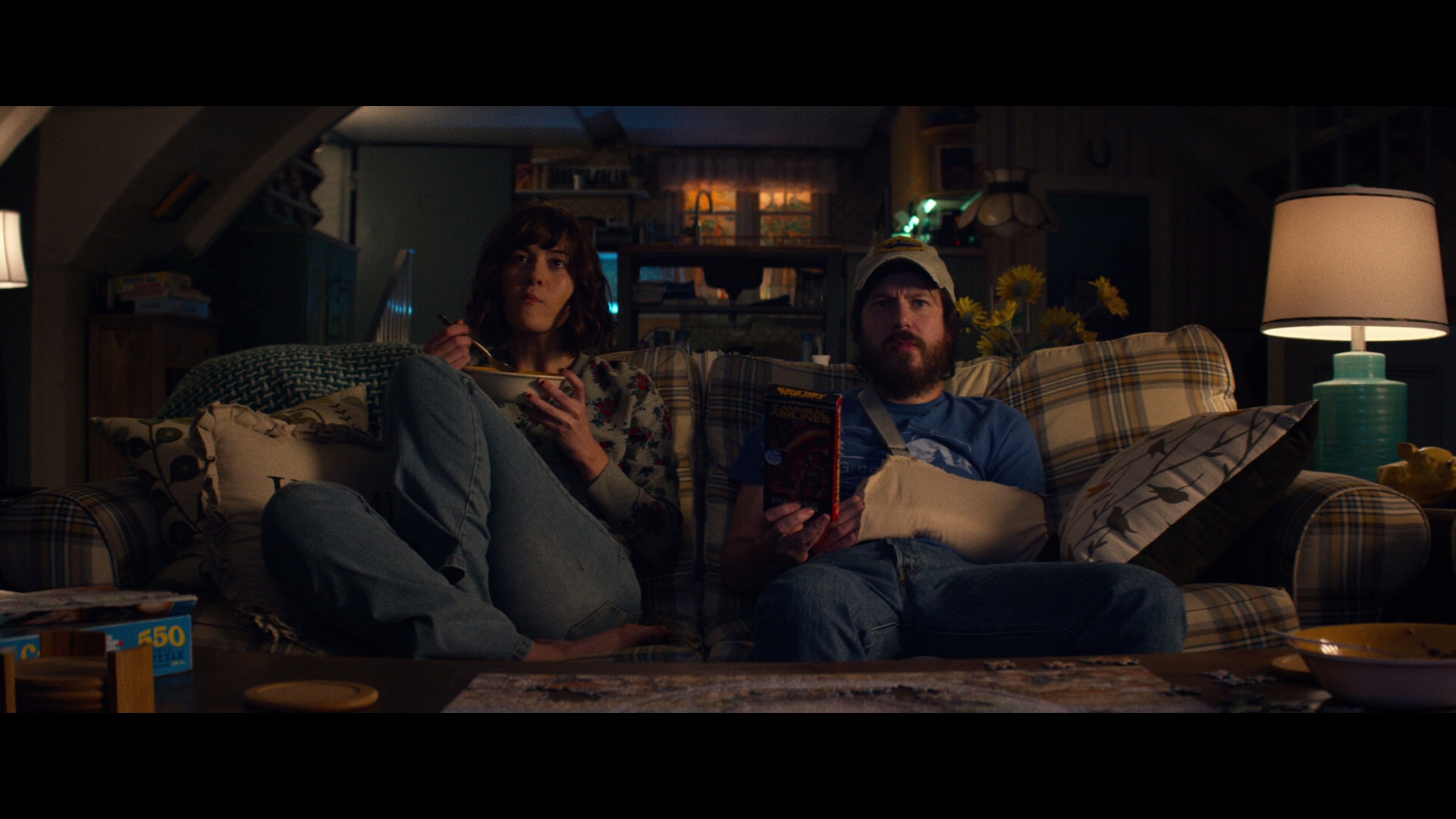 Even in the quiet, 10 Cloverfield Lane keeps attention on the claustrophobic space. During the first dinner, silence is broken by a fish tank filter bubbling, shifting between channels with the camera. Clean positioning tracks bits of dialog, footsteps, and even exterior sounds.

By the finale, everything comes together at once, with overhead motion, fireballs, and poison gas sprayed around. A thundering appearance by a vehicle offers stronger bass than before, a feat considering the power earlier.

The UHD holds the commentary from J.J. Abrams and director Dan Trachtenberg. Over on the Blu-ray, nothing changes. It’s a collection of seven featurettes which total up to 35 minutes. Some are weak, veering toward EPK status with needless plot recap. Others focus on the visual effects and story connections which are definitely the more interesting aspects.

10 Cloverfield Lane comes at a time of political uncertainty and holds onto those feelings up to a successful final act.

The 15 unaltered images below represent the Blu-ray. For an additional screenshots, early access to all screens (plus the 10,000+ already in our library), exclusive UHD reviews, and more, support us on Patreon.