Director and writer Lena Khan makes a sparkling directorial debut with her delightful The Tiger Hunter. Starring actor Danny Pudi (Community) in the leading role, a young Indian man pursues the American Dream in the 1970s. Landing in Chicago with the hopes of securing an engineering job, he will soon learn the American Dream isn’t what he expected. This feel-good comedy about the immigrant experience is refreshingly positive and has a wholesome quality often lost in today’s filmmaking. The Tiger Hunter also stars Jon Heder (Napoleon Dynamite), Rizwan Manji, and Karen David.

The sweetly crafted film is about a plucky immigrant from India looking for work in America so he can impress his childhood sweetheart’s father and earn his approval for marriage. Sami Malik (Danny Pudi) grows up in India as the son of a legendary tiger hunter in his village. Sami’s family sends him off to school to become a successful engineer. He’s the pride of his village.

Now a grown man, the kind-hearted Sami jumps at the chance to take an engineering job in America. Ruby (Karen David) has been his crush since childhood and her stern father, a general in the Indian army, will only approve a marriage with a successful man. Like a man with an engineering job in America. Sami has big dreams in America but soon learns the reality isn’t quite what he expected.

There is genuine affection for these characters in its story

Sami lands in Chicago on a temporary visa, only to discover the job he was offered has been taken. The company sends him to a temporary position for which he’s vastly overqualified for with his engineering education. Disappointed, Sami has only thirty days to land a permanent job and stay in America. Sami’s version of the American Dream includes convincing Ruby’s father that he’s a worthy husband for her. Sami and his new friends in America will attempt to pull off some shenanigans by tricking Ruby’s father when he visits. Sami hopes his microwave solution will get him a permanent job at the company.

Sami quickly throws himself into American culture, helped along by his fellow immigrant roommates and a friendly co-worker, Alex (Jon Heder). Sami bonds with Babu (Rizwan Manji), a Pakistani immigrant with an abiding affection for his new country’s cultural icons. Being the 1970s, Babu dreams of owning a car like the General Lee (a 1969 Dodge Charger) from the Dukes of Hazzard and marrying Mary Tyler Moore.

Lead actor Danny Pudi first rose to prominence on the sitcom Community and his laid-back delivery to comedy is a perfect fit for The Tiger Hunter. The uplifting, funny movie about Indian immigrants in the 1970s never hits you over the head with a message other than Sami’s surprising success. There is genuine affection for these characters in its story, lightly poking fun at Indian and American cultural traditions alike. The topical comedy is a nice mix of romance and striving for the American Dream, infused with a gentle spirit and heart. It should especially resonate for Indian immigrants to America, albeit made with a slick Hollywood precision rarely seen in Bollywood fare. 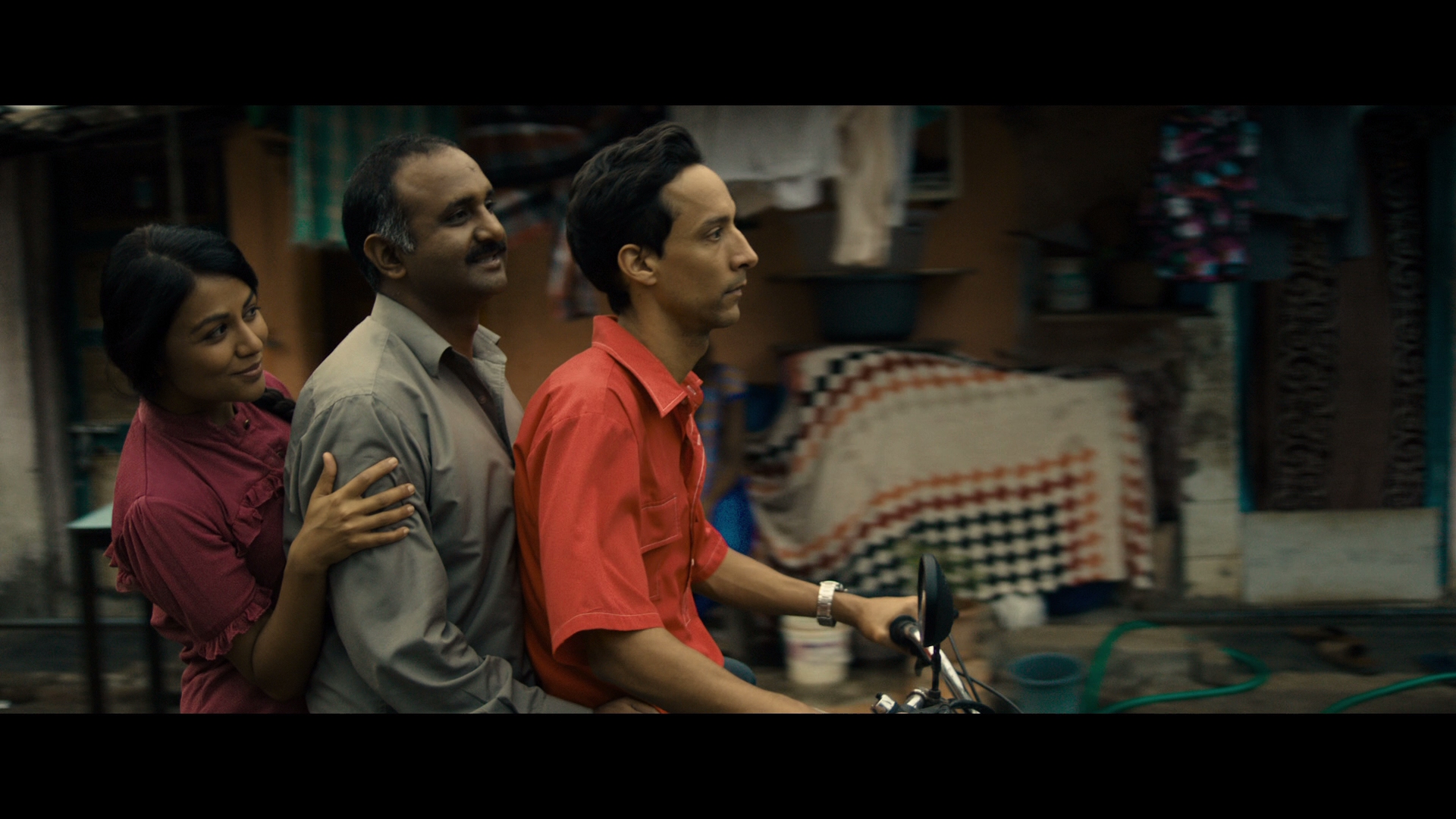 The 93-minute main feature looks outstanding in this consistently gorgeous 2.35:1 presentation. Shout Factory has chosen wisely releasing The Tiger Hunter on Blu-ray. This is extremely crisp, vibrant 1080P video taken from a flawless Digital Intermediate. Filmed with Alexa cameras, the razor-sharp video has strong definition and an excellent contrast. Black levels are inky with real depth and texture.

The high-bitrate AVC encode flawlessly renders every pixel of detail to perfection. The digital color grading favors rich yellows and a fully saturated palette. The Tiger Hunter has pristine cinematography and the transfer has been left unfiltered. That results in some of the cleanest imagery I’ve seen for an indie production made outside the Hollywood studio system. This is near demo-level picture quality.

The 5.1 DTS-HD MA soundtrack has a fully immersive sound design with directional cues and occasional panning. The crystal-clear dialogue is fully mixed in balance with the backing soundtrack and more active audio elements. For a comedy with little real action, the 5.1 mix has a lot to offer with a strong soundstage in the front and mild surround immersion.

Optional English subtitles play in a white font, inside the widescreen framing at all times. A superfluous 2.0 DTS-HD MA option is also included, though in a quick check sounded flatter and less impressive in dynamics than the surround mix for the 5.1 DTS-HD MA.

The Tiger Hunter is part of Shout Factory’s Shout Select series, numbered 38 in the series. Shout Select “shines a light on films that deserve a spot on your shelf…celebrating the best in filmmaking.” The Tiger Hunter comes as a Blu-ray and DVD combo set. The Blu-ray is coded for Region A.

Not Just An Immigrant Story: The Making of The Tiger Hunter (71:54 in HD) – This excellent and in-depth documentary is something you rarely get anymore from home video, especially for a niche release. Writer/Director Lena Khan and producer Megha Kadakia discuss the film’s production at length in a joint interview. A very personal project for director Lena Khan, she infused elements of her own family history into the story.

The lengthy featurette is broken up into four parts, featuring interviews with virtually the entire cast and some crew members. This extensive making-of documentary is far more insightful and concise than a director’s commentary. Covering various phases of the production in great detail, you get a complete view of this movie’s production history and background. All in all, it includes interviews with actors Danny Pudi, Karen David, Jon Heder, Rizwan Manji, Parvesh Cheena, director Lena Khan, and producers Megha Kadakia and Nazia Khan.

An uplifting immigrant tale in this funny, sweet comedy about an Indian engineer looking for the American Dream in the 1970s.

The unaltered images below are taken directly from the Blu-ray. For an additional nine The Tiger Hunter screenshots, early access to all screens (plus the 9,000+ already in our library), exclusive UHD reviews, and more, support us on Patreon.