In the late ‘60s and throughout the ‘70s, Godzilla became Earth’s defender. It’s assumed Godzilla protected humans as much as the planet, battling alien cockroaches, mechanized space weapons, and planet-eating dragons. Godzilla: Planet of the Monsters suggests that Godzilla literally bonded to the planet. His goal is still defense, but via eradication.

Godzilla: Planet of the Monsters suggests Earth spit humans out. We screwed up. First, a series of striking monster attacks warned people to get out. Later, an invincible Godzilla. Humanity left. Some 20,000 years later, through a quirk in wormholes and interstellar travel, people returned. Evolution made things worse for us. Plants became sharp as razors with the strength of steel. Godzilla never died. Earth though, it’s doing okay for itself. 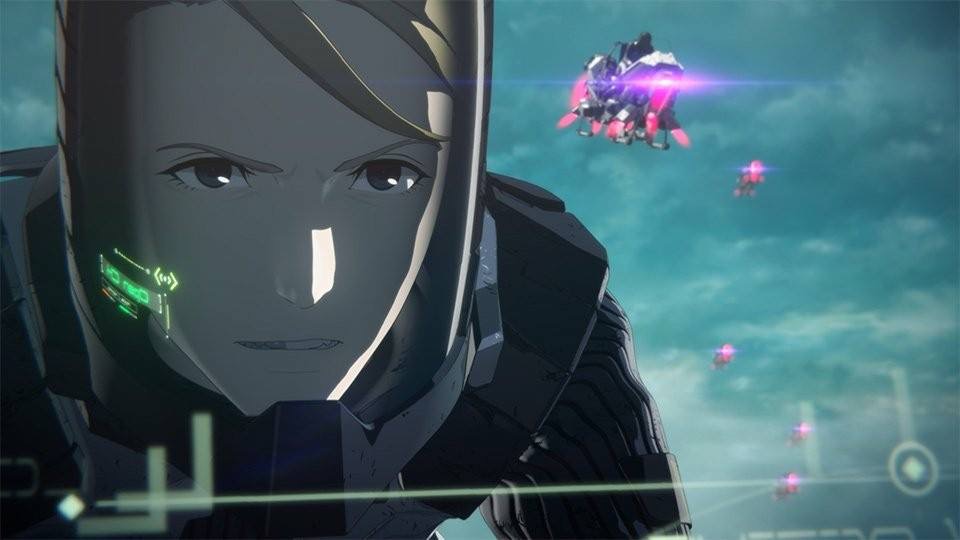 Godzilla: Planet of the Monsters is strikingly morose. A use of depressive grays and lacking greens cover the screen. Aboard a space vessel, the few humans left after a failed trip to find another inhabitable planet sit cloaked in shadow. Their isolation looks cold, hopeless, and unwelcoming. Godzilla, in animated form, uses the medium as it should – creating the impossible, but framing it such as to add narrative legitimacy.

There’s a failure to imbue Godzilla: Planet of the Monsters with characterization. Haruo Sakaki (Mamoru Miyano) leads the charge to take back Earth. He’s a rebel, imprisoned for defying orders, eventually tasked with leading a climatic fight. The character turn is predictable, generic, and plain. Even Sakaki’s internal hatred for Godzilla – it’s not an uncommon turn in Godzilla lore; the creature often encounters a personal vendetta. 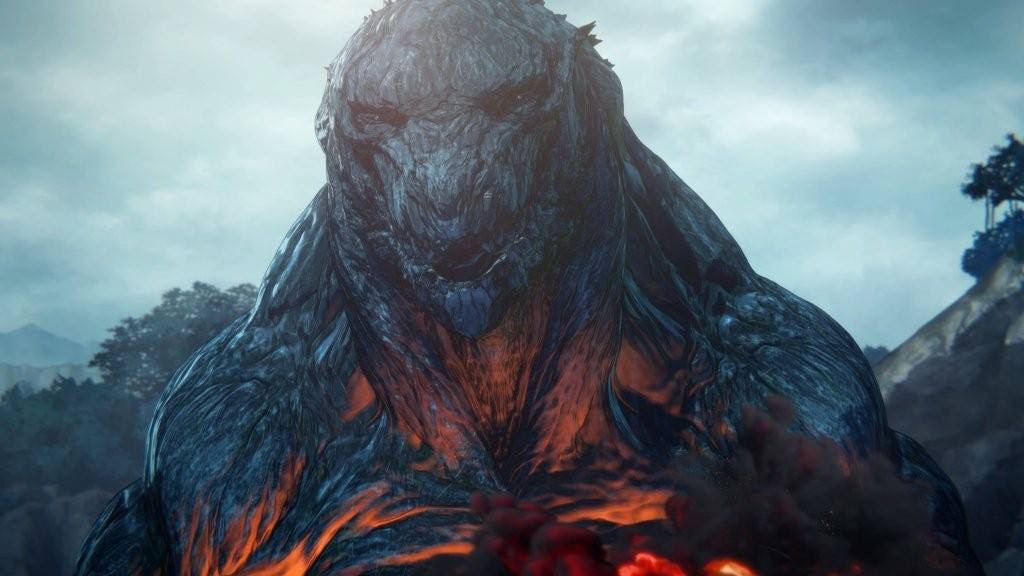 This leads to a messy second act, biding time for the inevitable appearance of the title creation. Aboard the final mothership are multiple human-like alien races. This acts more as a set-up for a planned trilogy. Muddy character definition means government and leadership roles creates a confusing mess of personalities, culture, and religion. Interesting as co-species habitation is in concept, execution fails.

The third act is comprised of a single battle, glimmering with fantastical sci-fi technology, splashes of color, and at the center, a seemingly battered Godzilla. His look is unique, an organic rather than serpentine hide, as if rooted in Earth’s ecology. Godzilla: Planet of the Monsters suggests radioactivity, but this isn’t a story of anti-nuclear mythos. Earth allowed Godzilla to roam due to humanity’s nuclear hubris, possibly, but it’s a suggestion. Godzilla appears when people do stupid things. Godzilla: Planet of the Monsters’ future people were likely impossibly stupid. 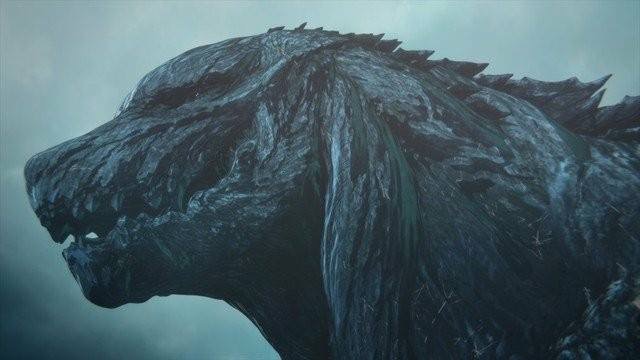 It’s a visually striking and memorable finish, riddled with explosions and grim casualties. Godzilla: Planet of the Monsters breaks the mold. This isn’t a fight concerned with city destruction – no cities remain to destroy. Godzilla exists not to maul or smash. It’s a monster that seems saddened by the fighting. Soldiers act out destruction themselves. It’s distinctive in vision and scope for a some 30-film series. This animated medium suits the needs of Godzilla by freeing it from live action. American studios tried this before (Hanna-Barbera in the ‘70s, Fox in the ‘90s), but never with this level of disruptive imagination.

Recasting the nuclear menace as a force for Earth’s protection, Godzilla: Planet of the Monsters offers a unique take on a 60+ year old movie icon.