Austrian filmmaker Ernst Marischka caps off his Sissi trilogy of films with Sissi: The Fateful Years of an Empress. The winning combination of star Romy Schneider as the titular heroine, and Marischka’s lavish production style, return for the 1957 movie in another enjoyable outing. This less romantic entry in the series sees Sissi travel all over Europe. It was even entered into the 1958 Cannes Film Festival.

The lovable Sissi (Romy Schneider) as a character doesn’t receive the grand finale one may expect in this final installment, as Marischka had planned for at least one more Sissi feature that never happened. Romy Schneider refused to come back for another movie despite the urging of her mother. Her mother was actress Magda Schneider, who also portrayed Sissi’s mother Princess Ludovika in the trilogy. The film doesn’t end on a cliffhanger but the overall saga feels incomplete from a thematic standpoint.

What Sissi: The Fateful Years of an Empress does with the Empress is throw the young woman into a different situation than ever seen before in the hopeful series, a serious illness that threatens her life. For a brief moment there is the real possibility that Sissi’s storybook life will have a bad outcome.

Sissi travels all over Europe as the Empress of Austria this time. Her adventures begin in Hungary, where a dashing Hungarian Count will confess his love for her and local Gypsies read her fortune. Sissi has to play the role of diplomat in smoothing relations over between the Emperor Franz Joseph and Hungarian nobles, still bitter over their past conflict with Austria.

The Sissi films are practically travelogues in their exploration of different European locales and this last entry visits Portugal and the ancient ruins of Greece. Marischka provides substantial amounts of eye candy in beautiful color. The beautifully-shot film loves exploring the majestic sights of Europe. The ever courageous Sissi shows no apprehension when riding horses or climbing mountains. The European travel bureau should use the Sissi films as vacation promos.

Returning once again for comic relief is Major Oberst Böckl, the awkward soldier with deep affections for Sissi. This time he romances a local woman in each place Sissi visits, only to lose the woman when Sissi moves on to the next destination. Most of the cast from the first two Sissi films return. The Emperor Franz Joseph plays a lesser role this time in the plot. Sissi’s romantic relationship with Emperor Franz Joseph, such a prominent element in the first two films, gives way to motherhood and time with her young daughter, Sophie.

Star Romy Schneider is still dazzling as Sissi in Sissi: The Fateful Years of an Empress and the production values are better than ever, but something seems a bit different in this third outing for the trilogy. Director Ernst Marischka dips into mundane international diplomacy a little too much and introduces mildly serious elements involving tuberculosis. The whole thing is charming in its own way, but the Sissi formula loses some luster. Romy Schneider might have known what she was doing when she refused going back for a fourth film. 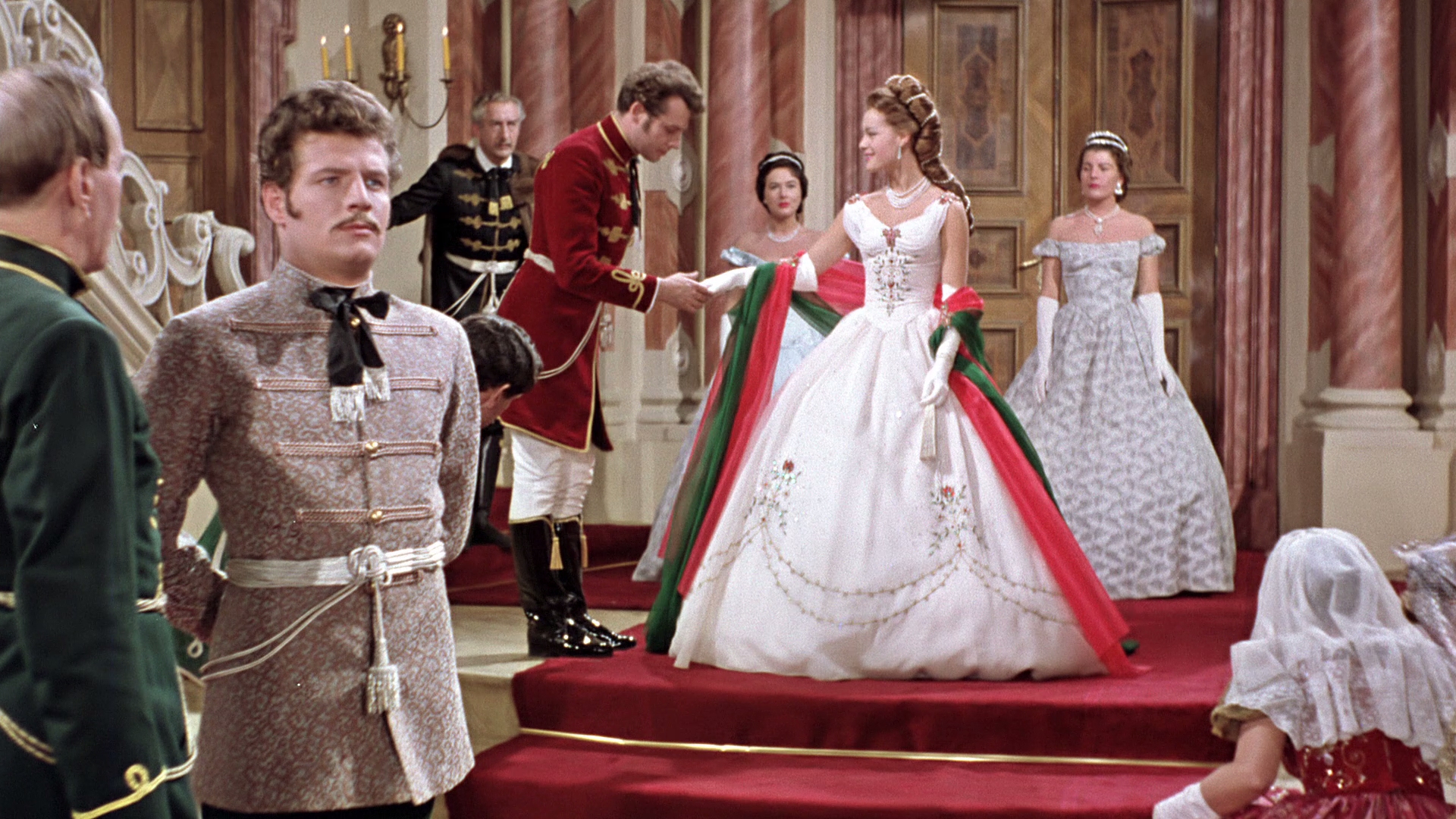 Filmed in Agfacolor, a color film technology produced in Germany, all three Sissi films are presented in both their original Academy Ratio and 1.78:1 widescreen transfers. Agfacolor was used in a few Hollywood productions, including a slew of musicals in the 1950s such as Brigadoon and Seven Brides For Seven Brothers.

While not quite on par with the more familiar Technicolor process, these Agfacolor films offer a rich palette and tight saturation that suits their stunning location photography. Each of the films gets their own BD-50, encoded in transparent AVC at decent parameters. Film Movement has done a great job bringing these films to Blu-ray in quality presentations.

The Sissi movies and Victoria In Dover have all been given new 2K film restorations by ARRI Film & TV Restoration Services in conjunction with Taurus Media Digital. This is fine work from strong elements. The film transfers include a hint of mild processing, most notable in the blown-up 1.78:1 widescreen transfers taken from the original 1.37:1 elements.

The new scan captures the film grain off guard in a few scattered moments, looking processed. It’s most evident in the opening reel of Sissi, offering a glimpse of edge enhancement that thankfully disappears soon after. Call me a videophile heretic, but the widescreen transfers perform an excellent job translating the original 1.37:1 compositions.

Sissi: The Fateful Years of an Empress receives the most impressive transfer in the Sissi Collection from Film Movement. It has the most detail and least processing by far of the three Sissi transfers. The original film elements continue to be presented in remarkably pristine condition without significant wear. It’s a solid, film-like transfer of vintage celluloid with authentic grain. The colors remain tightly saturated with excellent contrast and penetrating black levels.

There are surround elements in this mix, surprisingly enough. The sound design isn’t particularly balanced, awkwardly placing some cues to the detriment of other elements. It provides a decent listening experience but the lack of the original stereo mix is unfortunate.

The last film in the Sissi trilogy is another satisfying adventure with Romy Schneider as the titular Empress, if slightly more down-beat and less interesting than the first two movies.

The unaltered images below represent the Blu-ray. For an additional 11 Sissi: The Fateful Years Of An Empress screenshots, early access to all screens (plus the 8,000+ already in our library), exclusive UHD reviews, and more, support us on Patreon.