If you only see one Japanese film this year, make sure it is Koji Fukada’s Harmonium. The critically acclaimed family drama won the Un Certain Regard Jury Prize at the 69th Cannes Film Festival, wowing audiences with its masterful performances and searing climax.

The companion piece to director Koji Fukada’s black comedy Hospitalite, it details the collapse of a typical Japanese household into devastating tragedy and silent regret. The skillfully crafted Japanese film packs an incredibly emotional punch to your gut that lingers like a disturbing memory. It’s a dark masterpiece of guilt and tragic consequences. 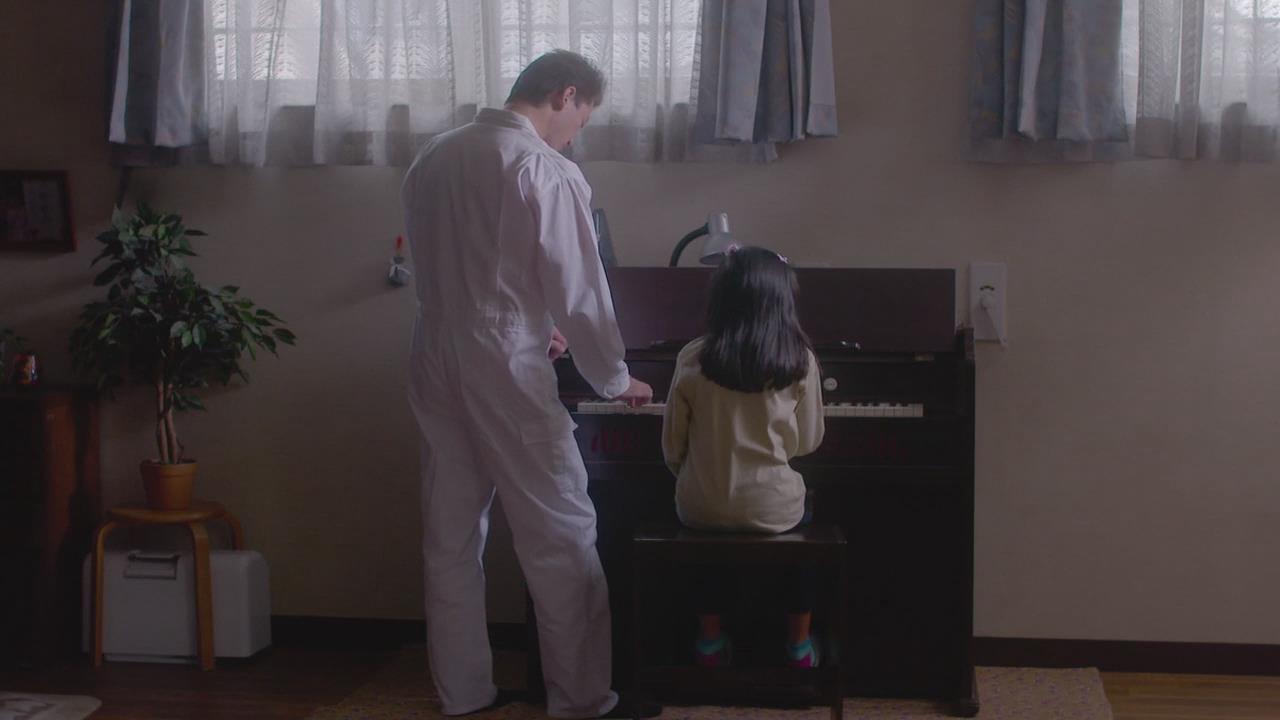 The simple family life of Toshio (Kanji Furutachi), his wife Akie (Mariko Tsutsui), and young daughter Hotaru becomes forever disrupted when an old acquaintance from Toshio’s past asks for his help. Yasaka (Tadanobu Asano) has served eleven years for murder and only recently been released from prison. He goes to Toshio looking for temporary work and lodging. Feeling a sense of obligation to the outwardly polite man from his past, Toshio takes him in and allows the seemingly repentant Yasaka into his household.

Unaware of his criminal background, Akie and Hotaru welcome the stranger into their home with open arms. The well-mannered ex-con charms his way into the family’s quiet life. Toshio is seemingly oblivious to the impending threat that Yasaka poses. 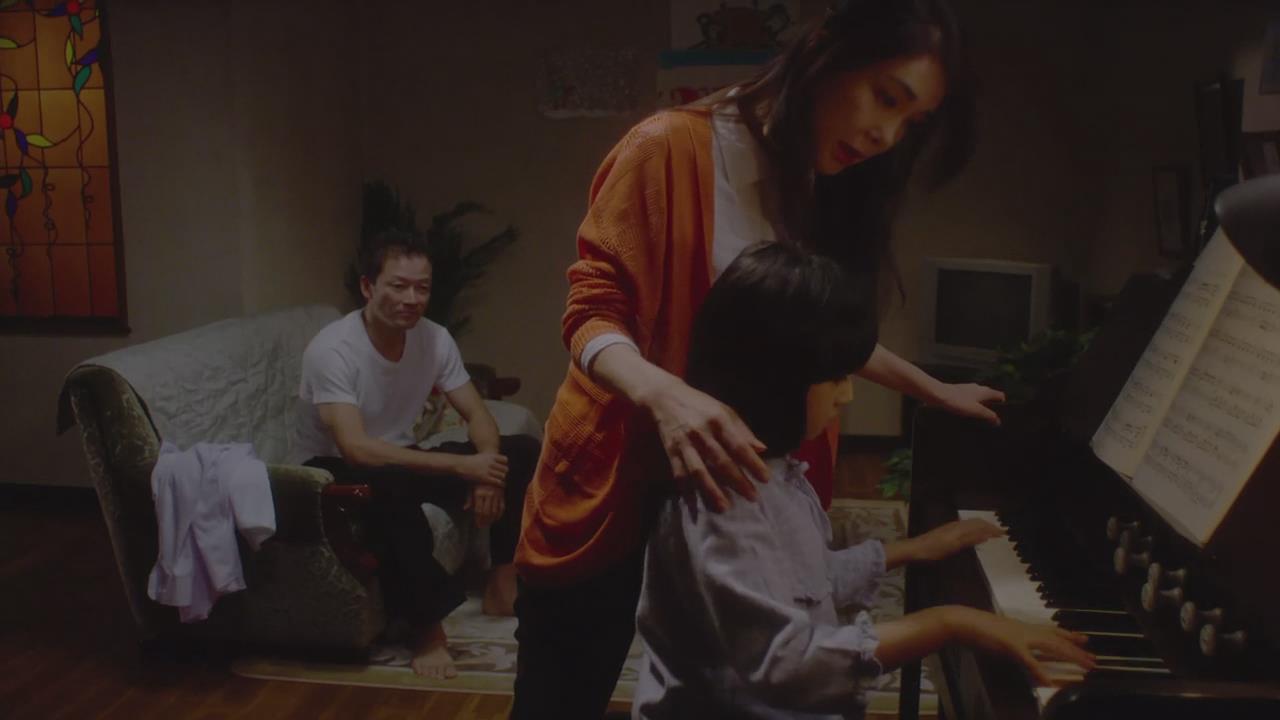 Akie’s family life revolves around supporting her daughter and tending to household concerns. The young Hotaru’s time is filled with practicing on the family’s harmonium for an upcoming concert recital, under Akie’s careful guidance. Hotaru is a bright, precocious girl looking forward to the impending recital a month away. Toshio is a hard-working man that financially supports his family but the machine shop owner is emotionally unavailable for his wife and daughter. The distant father keeps his eyes on work, letting Akie run the household without supervision.

The tranquil Yasaka, a quiet and respectful guest of his hosts, is slowly drawn into the orbit of their family’s life. He helps Hotaru with her harmonium practice and confides emotionally intimate revelations to Akie, including his criminal past. Akie is a religious woman raised Christian, unusual in Japanese society. Akie grows increasingly comfortable around Yasaka and becomes intrigued by his unwavering remorse for his crime. Toshio will soon regret ever inviting Yasaka into his household after a dark tragedy mars the family’s life forever.

Harmonium is an utterly devastating film with one of the saddest endings in recent memory. You think you know where the plot is going when Koji Fukada pulls the rug out from under the viewer. What starts out as a mundane exploration of domestic trouble becomes an exacting tour de force of dark emotions and a disturbing inevitability to its sad outcome. 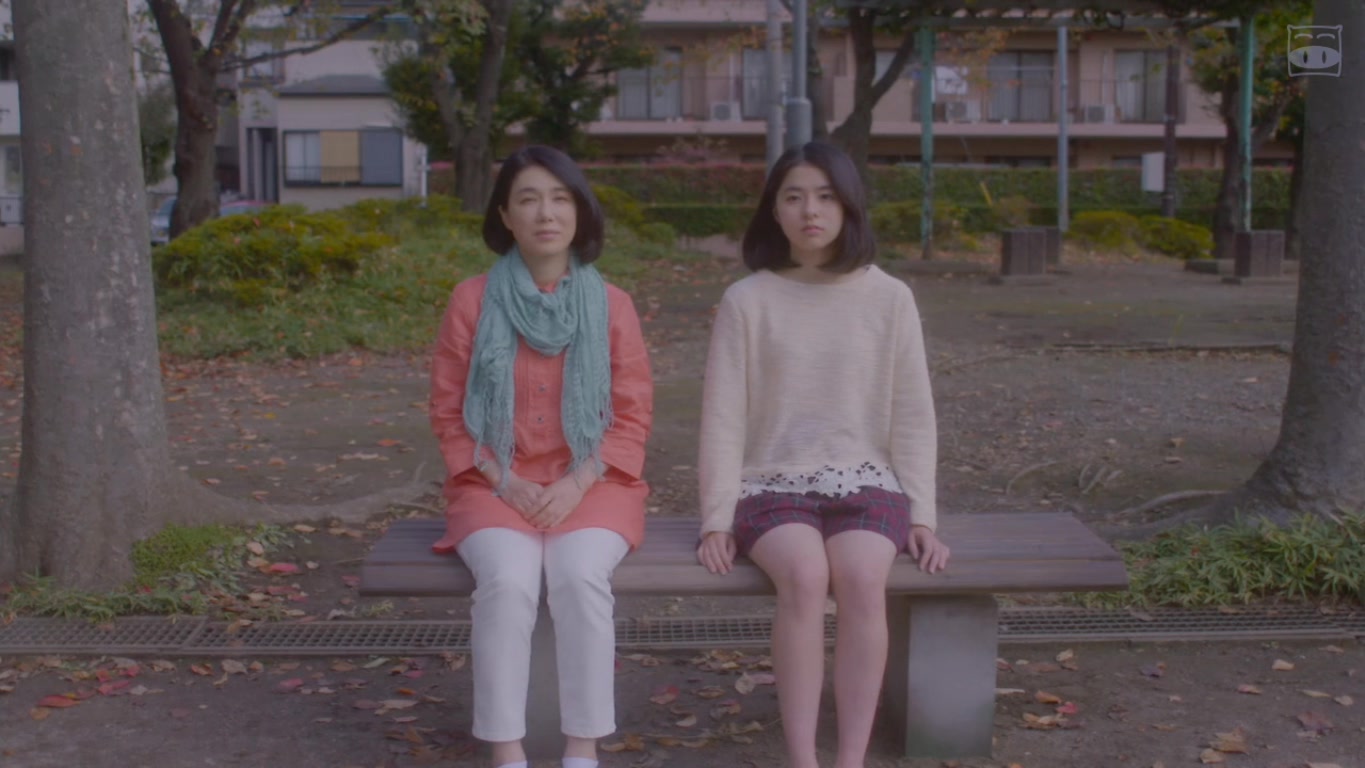 Its pitch-black finale will linger with you long after you’ve seen the movie. Bolstered by Mariko Tsutsui’s haunting performance as Akie, one of the most powerful screen performances of the decade, Harmonium haunts with its dark secrets and gripping misery.

It does help a viewer understand Harmonium better if they are familiar with the ebbs and flows of sophisticated Japanese drama. Harmonium deconstructs the inner domestic tensions inside a Japanese family, from the obedient wife to the stereotypically distant patriarch focused on work. Its clever meshing of these archetypes into unpredictable drama makes Harmonium truly stand out in Japanese cinema. This is powerful filmmaking that deserves a global audience.

The searing Japanese movie deconstructs Japanese family life into utter tragedy. A brilliant film that holds nothing back in its devastating finale and tragic outcome.

Film Movement distributes Harmonium on DVD with a 5.1 Dolby Digital soundtrack. Optional English subtitles are included for the Japanese film. A bonus short film by director Koji Fukada and an extended chat with lead actor Kanji Furutachi are included as special features.