Sissi: The Young Empress is the second film in the Sissi trilogy, returning the characters that made the first Sissi such an international sensation in 1955. The German film by director Ernst Marischka picks up its narrative soon after Sissi’s epic climax, the royal wedding between Princess Elisabeth and Emperor Franz Joseph. Whereas Sissi was a romantic fable for young girls everywhere, this sequel sees more family and royal melodrama concerning Princess Elisabeth (Sissi) and her marriage. Its plot focuses on the stresses of a royal marriage on the sweet-natured teenage girl and the birth of her baby. Actress Romy Schneider continues to shine in the titular role that first made her a star in the 1950s.

What was a minor conflict in manners between the controlling Archduchess Sophie (superbly played by Vilma Degischer) and Sissi in the prior film heats up to a serious disagreement in Sissi: The Young Empress. Now Empress of Austria, Sissi grows upset when Sophie decides on her own to take Sissi’s baby away to raise herself. Even the Emperor agrees that Sissi will be too busy attending matters of the state to raise their child. The implication is that Sophie doesn’t think the young Sissi, still a teenager, is ready to mother a child. While still in love with Franz Joseph, the realities of the royal court and its formal etiquette make Sissi yearn for her family back in Bavaria.

It doesn’t stray too far from delivering a satisfying, enjoyable journey

Peppered into the melodrama is some historical window dressing involving Austria’s evolving relationship with Hungary under Emperor Franz Joseph. Hungarian Count Andrassy becomes enamored of the Empress. Sissi helps play a diplomatic role uniting Hungary under Austrian rule with her charm and appeal. She averts a major international incident with some quick thinking at the Emperor’s ball when the Hungarians feel insulted by Sophie.

Sissi: The Young Empress largely repeats the winning formula from Sissi, including comic relief from the Major Bockl character and Sissi’s return to her pastoral home in Bavaria. It doesn’t stray too far from delivering a satisfying, enjoyable journey once again with these characters. Filmed in the same locations that made the first Sissi such an eye-catching film and introducing new settings like the Alps, the beautiful scenery of Austria is practically a character unto itself. The smooth plot and appealing characters make it a solid sequel that should win over anyone that enjoyed the first Sissi. 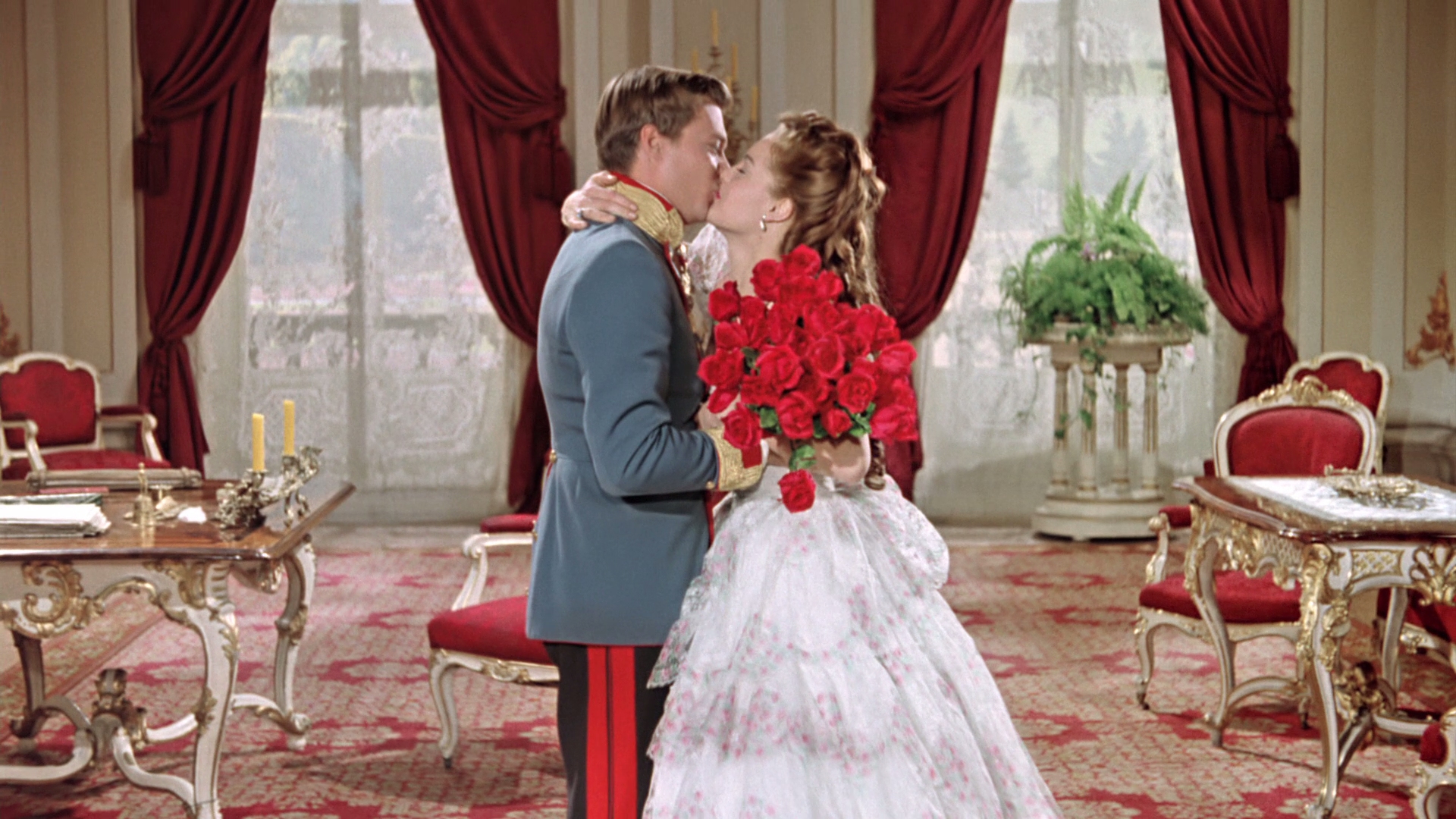 Filmed in Agfacolor, a color film technology produced in Germany, all three Sissi films are presented in both their original Academy Ratio and 1.78:1 widescreen transfers. Agfacolor was used in a few Hollywood productions, including a slew of musicals in the 1950s such as Brigadoon and Seven Brides For Seven Brothers. While not quite on par with the more familiar Technicolor process, these Agfacolor films offer a rich palette and tight saturation that suits their stunning location photography. Each of the films gets their own BD-50, encoded in transparent AVC at decent parameters. Film Movement has done a great job bringing these films to Blu-ray in quality presentations.

The Sissi movies and Victoria In Dover have all been given new 2K film restorations by ARRI Film & TV Restoration Services in conjunction with Taurus Media Digital. This is fine work from strong elements. The film transfers include a hint of mild processing, most notable in the blown-up 1.78:1 widescreen transfers taken from the original 1.37:1 elements. The new scan captures the film grain off guard in a few scattered moments, looking processed. It’s most evident in the opening reel of Sissi, offering a glimpse of edge enhancement that thankfully disappears soon after. Call me a videophile heretic, but the widescreen transfers perform an excellent job translating the original 1.37:1 compositions.

Sissi: The Young Empress receives a slightly inferior film transfer to the first Sissi due to one significant difference. While the film elements continue to be presented in remarkably pristine condition without significant wear, there is far more visible video processing in this presentation. The sharpening is evident in many scenes, leaving ringing and halos around sharper edges. It’s the only negative in what is otherwise a solid, film-like transfer of vintage celluloid. The colors remain tightly saturated with excellent contrast and penetrating black levels.

There are surround elements in this mix, surprisingly enough. Not everything is kept to the front soundstage. The sound design isn’t particularly balanced, awkwardly placing some cues to the detriment of other elements. It provides a decent listening experience but the lack of the original stereo mix is unfortunate.

Romy Schneider continues to shine as Sissi in this fairly entertaining and charming sequel.

The unaltered images below represent the Blu-ray. For an additional fourteen Sissi: The Young Empress screenshots, early access to all screens (plus the 8,000+ already in our library), exclusive UHD reviews, and more, support us on Patreon.