Nicole Kidman has shown a fine aptitude for period drama over the years and dazzles in acclaimed director Werner Herzog’s Queen of the Desert. A heavily romanticized biopic of Gertrude Bell, she was a British woman that played a pivotal role in the development of the Arab world and Middle East in the early 20th Century.

A writer, archaeologist and political attaché for the British government, Gertrude Bell is often called the female Lawrence of Arabia. The epic production was shot on location in Morocco and Jordan. Nicole Kidman carries the passionate film with co-stars James Franco and Robert Pattinson contributing solid performances.

Queen of the Desert is a beautifully luxurious production that delights in taking advantage of its scenic desert locales in the Middle East. Werner Herzog clearly aims high in the period drama and Kidman is perfectly cast as Bell, if older in age than the character she plays. Gertrude Bell was a trailblazing firebrand for a woman in her time and place. She ultimately became a critical diplomatic figure in the Middle East as the region moved away from the Ottoman Empire’s rule and towards its current states. We are introduced to Bell as a woman looking for something more than marriage when she enters polite British society. Bored by the men she meets, the regal and learned woman leaves the comfort of her father’s home seeking work at the British embassy in Tehran.

Queen of the Desert’s script isn’t above dabbling in maudlin melodrama and romance, written by Herzog himself

It’s at the embassy that Gertrude will meet her first true love, the dashing Henry (James Franco). Charmed by his easy manner and in-depth knowledge of the surrounding country, she quickly falls in love. Gertrude will soon become enamored studying the surrounding culture, leading her to develop close relationships with the Bedouin tribes and Muslim sheikhs that rule the region.

Queen of the Desert’s script isn’t above dabbling in maudlin melodrama and romance, written by Herzog himself. He plays fast and loose with actual history for the sake of telling Gertrude Bell’s story in broad, sweeping romantic style. The movie is often more concerned with her personal relationships than her political work, though bits and pieces slip into the narrative that reveal her crucial importance to the region’s recent history.

Key figures from history cross paths with Gertrude in her adventures across the Middle East, including the legendary T.E. Lawrence of Lawrence of Arabia fame and Winston Churchill. Lawrence is played by Robert Pattinson. This is not a movie about Lawrence’s exploits and his friendly relationship with Bell is only explored in a few scenes. Kidman has far more on-screen chemistry with James Franco.

Herzog balances the need to show Gertrude’s chaotic adventures traveling the region with her personal life. A full accounting of Gertrude’s career in diplomacy would have needed hours and hours. Running over two hours, the movie does a delicate job portraying the gist of her accomplishments without getting into serious detail. Some of the focus is her romantic life, occasionally tragic and even surprising. Kidman does a wonderful job with the role, capably playing the intelligent, fearless woman without falling back into cliches and stereotypes.

The movie itself is so beautiful that it’s practically a travelogue set in the Middle East. Queen of the Desert is for period drama fans that want a female-driven story. The biopic has history elements and adequately covers Bell’s career in the Middle East, but is not a great history movie. If you enjoy Nicole Kidman’s work and her co-stars, it’s an entertaining experience with a little history thrown in for good effect. 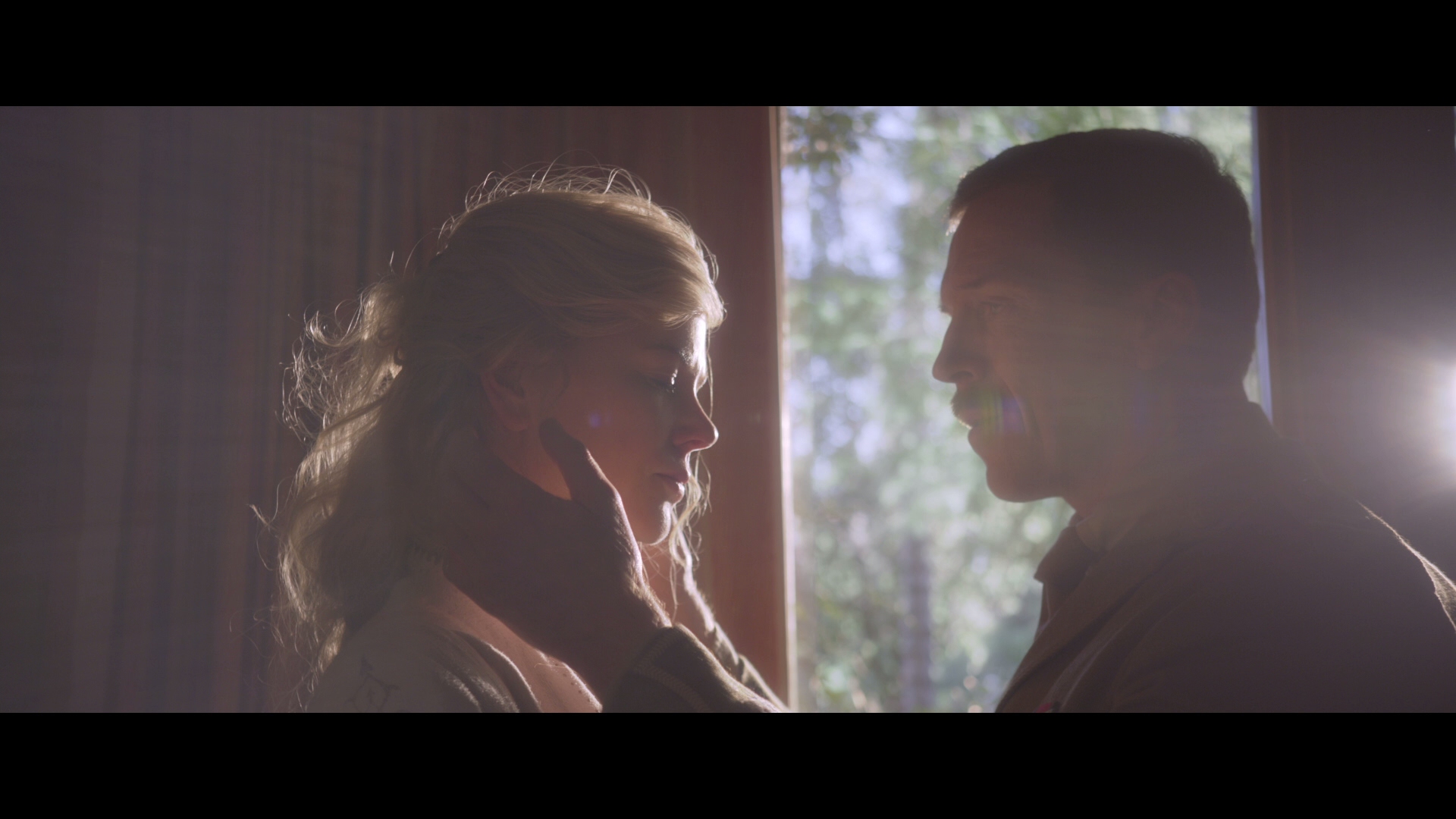 Queen of the Desert is a beautifully filmed movie. Cinematographer Peter Zeitlinger shot it with some of the best cameras currently available – the RED Epic, RED Dragon, and RED Scarlet cameras. Finished in 4K resolution at the digital intermediate level, this is one impressive Blu-ray presentation courtesy of Shout Factory. Stunning location photography in Morocco and Jordan comes through crystal-clear in the 1080P video. The razor-sharp picture quality is flawless in nearly every way. Filmed with an eye on emulating Lean’s classic Lawrence of Arabia, Queen of the Desert is pure eye candy.

Included here is the complete, uncut 128-minute version on a BD-50. The AVC encode is perfect, capturing the vivid detail and clarity in extraordinary quality. Queen of the Desert is shown in a gorgeous 2.40:1 composition that takes full advantage of the sweeping desert locales in all their panoramic glory.

Queen of the Desert is a movie made for film lovers that enjoy seeing impressive spectacles in their home theater, taking them to places they may never visit. Extra attention is paid to its cinematography that pays off in spades on home video. It is easily unqualified demo material for video enthusiasts. Some will wonder why a UHD release isn’t on the horizon after seeing this disc.

The included 5.1 DTS-HD MA soundtrack has an impressive, sweeping surround mix with clear channel separation and presence. Composer Klaus Badelt’s stirring score is romantic and perfect for the movie’s epic ambitions. The sound design is intricately designed with surround cues coming alive in certain crowd scenes and in the desert. There is a lush sound quality that spreads across the front soundstage with rolling bass and extension. Dialogue is crisp and completely intelligible inside the dynamic mix.

A secondary stereo 2.0 DTS-HD MA soundtrack is provided that is largely unnecessary after hearing the well-done 5.1 audio option. Optional English SDH and Spanish subtitles play in a white font, always displayed inside the 2.40:1 video frame.

This Shout Factory is about as barebones as you can get. It is a Blu-ray and DVD combo pack. Reversible cover art is included. A shorter 110-minute cut of the film exists that isn’t included on this set.

Shout Factory Trailers (06:03 in HD) – Three trailers precede the main menu for other releases from Shout Factory. They are for Band Aid, Wakefield and Sex Doll.

It’s not Lawrence of Arabia by any means but Nicole Kidman leads this gorgeous production telling the true story of a pioneering figure in the Middle East in the early 20th Century.

The unaltered images below are directly from the Blu-ray. For additional screenshots from this BD, early access to all screens (plus the 7,000+ already in our library), exclusive UHD reviews, and more, support us on Patreon.