Director Bille August’s engaging, endearing film rightfully won the Best Foreign-language Picture Oscar in 1987. Pelle The Conqueror has often been compared to a Dickens-like tapestry of characters as a young boy grows out of childhood. Max von Sydow gives one of his finest performances as an aging Swedish immigrant bringing his young son Pelle to the Danish island of Bornholm. It almost netted him a Best Actor Oscar, losing to Dustin Hoffman for Rain Man.

The young Pelle actually steals the epic drama. Played with a naturally boyish curiosity and attitude by Pelle Hvenegaard, the coming-of-age tale for the young Swedish immigrant in rural Denmark happens around the turn of the century. It’s a remarkable performance for a 12-year-old matching wits with a screen icon like Max von Sydow.

The Danish film won the Golden Palm among other awards when it was released in 1987, the top prize at the Cannes Festival. It is a vividly re-created, minutely detailed panorama of a specific time and place happening over the course of four seasons. The harsh reality of rural Denmark around the turn of the early 20th Century comes to life on the farm owned by the wealthy Kongstrup. The observer to this drama is Pelle. The wide-eyed Swedish boy has come to Denmark with his widowed father, Lasse (Max von Sydow). He’s a boy that will soon grow out of childhood and encounter a much different world.

Come for Max von Sydow, but keep an eye on Pelle

Lasse has promised Pelle that Denmark is a land of opportunity and great living. Reality is far different for the newly arrived Swedish immigrants. Lasse is an old father and illiterate. He has little to offer Pelle other than his love. The farm is the end of the line for the Swedish father. It is just the beginning for Pelle as he learns the ways of the wider adult world. He’ll learn the arbitrary reality of class and status on his coming-of-age journey.

August’s screenplay is adapted from the first part of Martin Andersen Nexo’s Danish novel. This is intricate, revealing, harrowing drama. Running 150 minutes, this is a weighty film that builds the farm’s various circle of characters around Lasse and Pelle. Pelle The Conqueror is a movie with Dickensian undertones, though it lacks the sheer sentimentality of his novels. The rural Scandinavian setting helps frame and drive the plot. It beautifully explains the economic and social motives behind each character.

At times funny, depressing, and occasionally surprising, this is rich storytelling constructed around two titanic leads giving dynamite performances. Come for Max von Sydow, but keep an eye on Pelle. Bille August’s movie is a masterful portrait of a father’s loving bond with his son as he grows out of childhood. There are plenty of delightful surprises in Pelle The Conqueror. 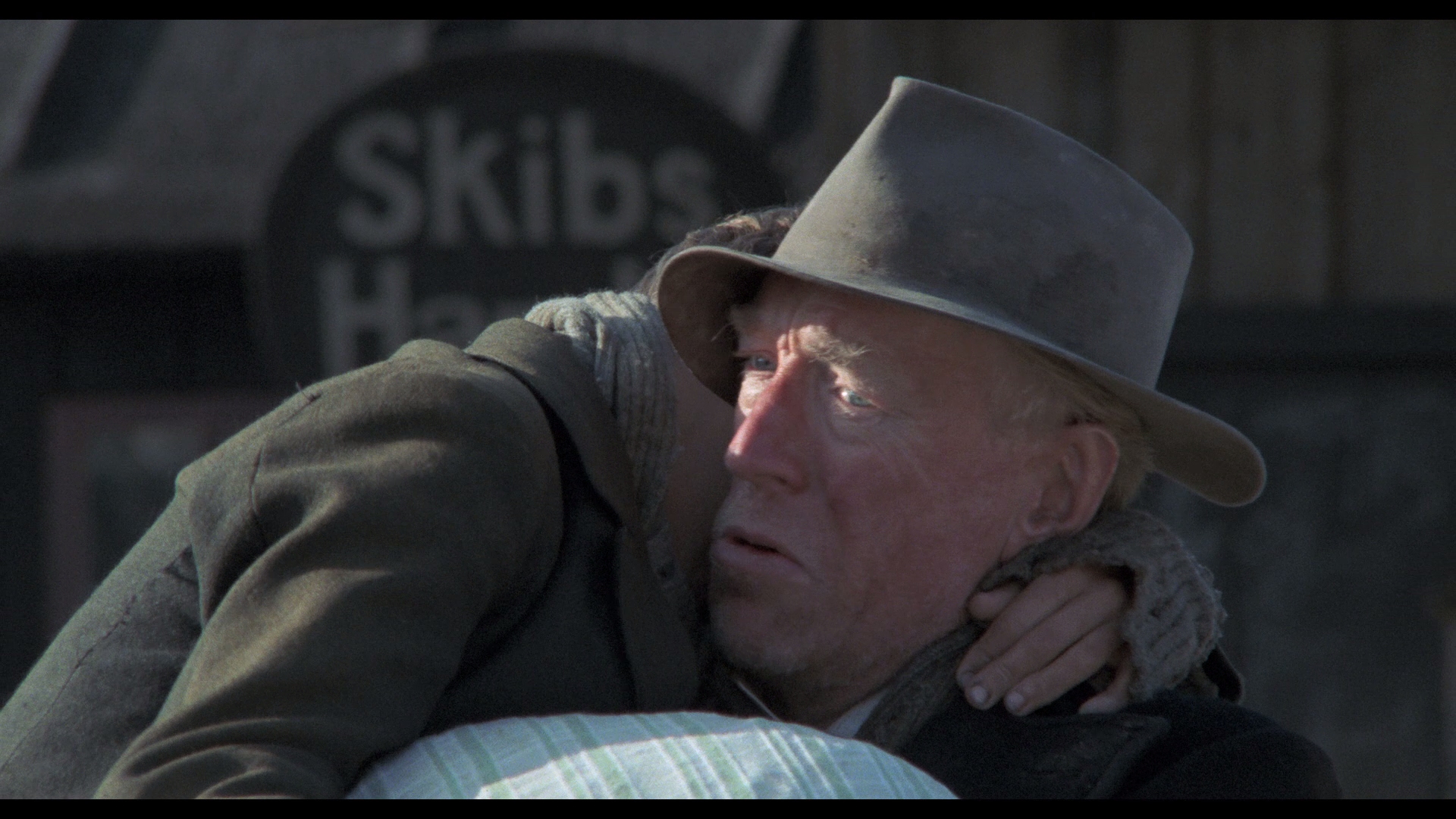 Film Movement Classics brings us the fully uncut Pelle The Conqueror with an impressive 2K film restoration newly done for the movie’s 30th anniversary. The 1987 Danish production runs 150 minutes encoded in AVC at 32 Mbps. The crisp cinematography is presented at 1.85:1. The film-like 1080P video offers nice depth and definition.

The new restoration has excellent grain reproduction with solid levels of detail and clarity. The unfiltered transfer retains lovely detail from the negative. Some minor crushing is evident in a couple of scenes. Pelle the Conqueror is fairly sharp for European cinema. Occasional softness is inevitable in certain scenes. The mannered cinematography is superb in panoramic shots. It’s not the raw, vulgarly clean HD of digital cameras but has that wonderfully cinematic vibe.

The film elements are in perfect shape. Free of debris and damage, the restoration has given us a nearly reference Pelle The Conqueror. This is now the best-looking version of the film. It’s a crisp, vivid HD presentation without any issues.

Pelle the Conqueror’s Danish-and-Swedish soundtrack is heard in a fine 2.0 PCM stereo soundtrack, improving on the mono mix found on prior DVDs. The score by Stefan Nilsson is a moving symphonic experience, perfect for the movie’s mise en scene. This is a sparse soundtrack beyond dialogue and occasional sound effects. Everything is cleanly heard in standard fidelity.

Optional English subtitles play in a white font. It should be noted that Fox did produce an English dub in 5.1 Dolby Digital for their DVD version. That English dub is missing from this edition.

Film Movement Classics continue their tradition of employing white Blu-ray cases. They include a substantial 16-page booklet on the movie. It features an extended essay on the film by critic Terence Rafferty with cast photos and credits.

The primary extra feature is an exhaustive and well-researched commentary.

Audio Commentary by Peter Cowie – Film scholar Cowie is a one-man tour de force in this solo commentary. It’s one of the most informed, complete commentaries I’ve ever heard by someone that didn’t work on the film itself. Virtually everything is covered, from the source novel to the actors’ backgrounds.

Max von Sydow is magnificent in this Dickens-like tale of a poor Swedish boy’s journey into adulthood.

The images found below are taken directly from the Blu-ray. For an additional nine Pelle the Conqueror screenshots, early access to all screens (plus the 6,000+ already in our library), exclusive UHD reviews, and more, support us on Patreon.