With the recent news that Ringling Bros. and Barnum & Bailey Circus is closing down after 146 years in operation, it struck me that future generations may not know understand the unique atmosphere created by a circus. In twenty years circuses may be mere cultural relics, confined to movies. It’s possible we are the last generation that will get to experience the once popular form of entertainment. Movies like Starlight may well be the only way to catch a circus performance in the future.

French filmmaker Sophie Blondy’s directorial debut Starlight (L’etoile Du Jour in its native French) explores the tangled love relationships within a small French circus which turn tragic. It is set against a surreal backdrop bolstered by singer Iggy Pop as a silent, angelic figure that looms over the narrative. This is international art-house cinema crafted for audiences looking for something a little out of the ordinary. Sophisticated and creatively daring in its style, Starlight’s unfolding love triangle is a complicated and messy story that doesn’t always work. It’s a melodramatic anti-romance, as each character following their heart ends in tragedy.

Set in the exotic dunes near the North Sea, a small circus company is suffering from dwindling audiences. A fragile balance exists between several members of the circus as they deal with jealousies and bitter rivalries. In the bizarre, dream-like world of the Zanos circus, love and hate will collide as each relationship is pushed into dangerous territory. Filled with an eclectic cast of circus performers, it’s the perfect cast for a surreal perspective on love and envy.

Heroy (Tchéky Karyo) the circus ringmaster is an alcoholic scoundrel and cruel, hated by his fellow employees. He pines for the lovely ballerina Angele (Natacha Régnier). She is in love with Elliot (Denis Lavant), a clown. Further complicating the situation is that Zohra, a Gypsy tarot reader, loves Elliot from afar. A magician at the circus plots to help Heroy win Angele’s heart, stealing her affections away from Elliot.

Elliot’s perspective dominates Starlight because he is haunted by visions of a symbolic conscience, played in silence by a white-clad Iggy Pop. I’m sure it was intended as deep and meaningful when conceived but the part comes across as little more than music video refuse, drifting in and out of the movie when things start bogging down. It vaguely makes sense that Starlight is centered around a clown; the French have an unhealthy fascination with clowns. Starlight’s mise en scene will be recognizable to viewers of French cinema, told in that classically diaphanous approach so often favored by their filmmakers.

Starlight isn’t straightforward, firmly falling in the French tradition of uneasy storytelling felt on an emotional level. Wrapped in layers of metaphor, the characters’ tragic relationships are depicted with impressionistic detail. This is most obvious with Elliot and his haunted conscience. For what it’s worth, Iggy Pop plays the character of Elliot’s conscience with a detached mystery. The singer acquits himself well in the odd role that looms over Starlight. There is enough meat in Starlight’s gossamer structure that a second viewing helps clarify its obtuse meaning. 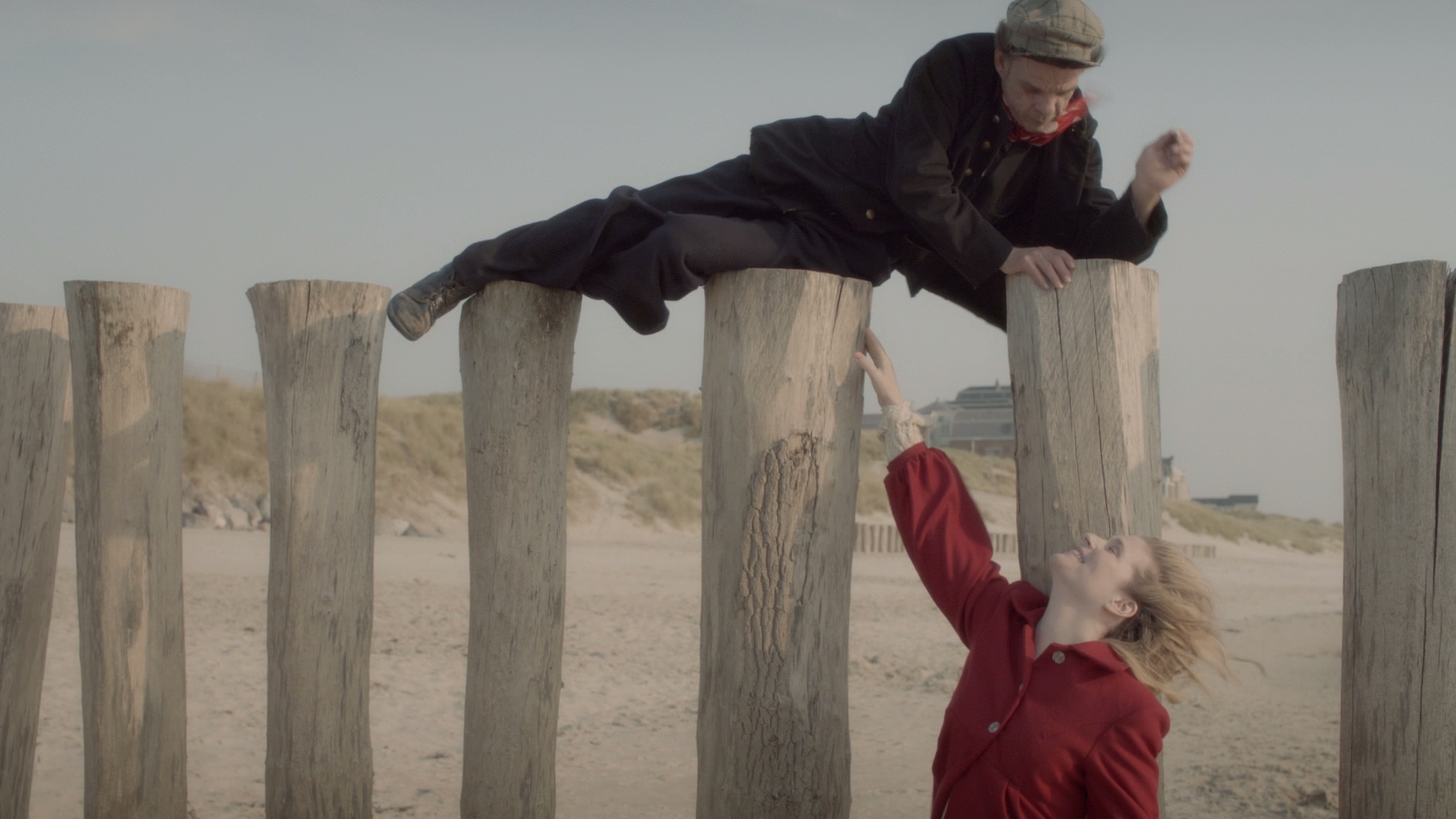 Cleopatra Entertainment, the movie division of indie record label Cleopatra Records, puts out Starlight on Blu-ray through distributor MVDvisual. The 91-minute main feature is presented in 1.78:1 widescreen video on a BD-25.

Encoded in AVC, this is a fine-looking Blu-ray that captures the crisp picture quality of Starlight. The 2012 French movie offers solid definition in razor-sharp clarity. Close-ups are fairly revealing. The transfer is perfect, likely taken directly from a digital intermediate that hasn’t been filtered. The nicely lensed film has that consistent, clean cinematography viewers have come to expect from better modern productions.

Starlight isn’t demo material, the contrast is mildly washed out with somewhat dull black levels. This is solid HD picture quality in 1080P resolution with no significant flaws.

The French-language movie has satisfactory 5.1 Dolby Digital audio at 320 kbps. The gentle, haunting score underscores the quiet dialogue passages. Elements within the surround presentation tend to blur together, this isn’t a strongly discrete mix with directional cues flying over the place. Recording fidelity and sound design are well done by the standards of art-house cinema. The lossy audio isn’t spectacular but Starlight isn’t really driven by its music.

The forced English subtitles play in a white font. A couple of errors are evident in the subtitles, which cannot be turned off by the user.

No special features of any kind are included. The Blu-ray is coded for all regions.

Click on the images below for unaltered, full resolution screen captures ripped directly from the Blu-ray. Patreon supporters see our screen shots before publication, can view our entire library in .png format, and gain access to 13 Starlight exclusives for as little as $1. They are perfect for custom cover art, film study, or other applications.