Forgettable as it might be, Office Christmas Party blends workplace anxiety and mindless comedic escapism into a snappy package. It’s fun, with plenty of booze, stupid antics, and plenty of drugs. Things go off rails by the climax, but until then, Office Christmas Party offers crude gags, all of this charged to the employer. Fantasy and wish fulfillment for the cubicle dweller.

Not that many people come into a comedy for visual glamour but Office Christmas Party is especially flat. It’s as if someone clicked and dragged their mouse over the image and left it there. Flattened color and dismal contrast kill this one from the outset. There’s no visual energy to work with. This all hammers the visual side as the party falls into the night with shadows bright, even blue as the blah color correction works too hard.

The only bright spot is digital clarity, which aside from noise in one scene, is otherwise exceptional. Paramount’s encode works magic in the background as to not interfere. Even the questionable green screen work in the final chapter stays clean at the source.

That clarity though? It’s not a detail producer. Facial detail requires a squint to see and definition elsewhere barely rises above middling. Resolution is left wanting. 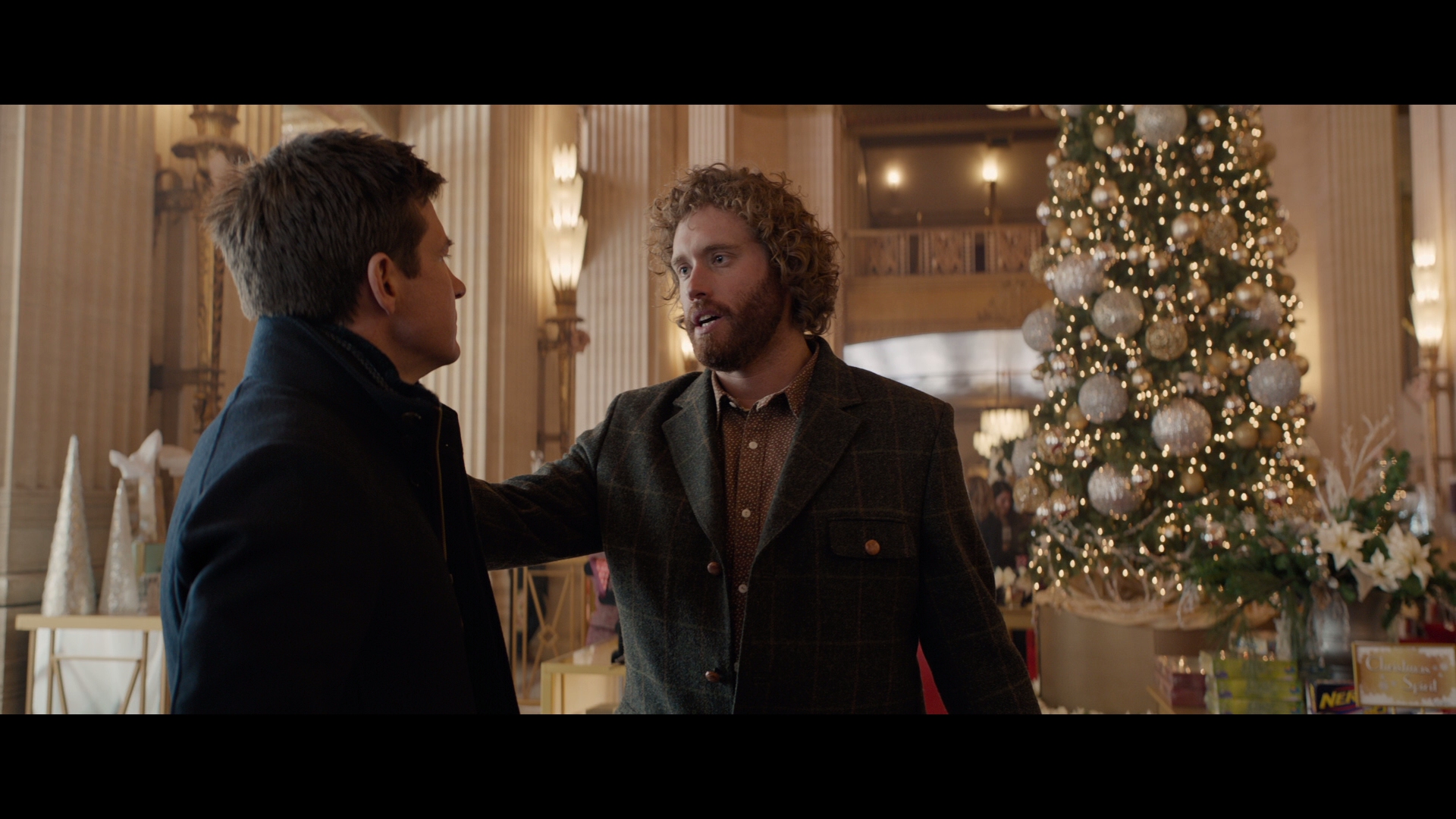 Despite the lacking visual presentation, the audio end keeps sound pumping into every channel of this 7.1 effort. It’s not just party ambiance (although that’s done especially well) but the city too. An early scene near an elevated train surprises with its channel separation. Chicago’s lively atmosphere catches each speaker, whether wind or car horns somewhere in the distance. Even in the office, doors slam shut in an appropriate channel.

Throwing an Office Christmas Party brings a typical behind-the-scenes featurette to the disc, running 12-minutes. Some eight minutes of alternate takes/outtakes have laughs, and five deleted scenes include an alternate ending, great if you’re interested in seeing Rob Corddry urinate in public.

An unrated cut adds five minutes to the main feature (nothing of real consequence) but for the commentary with directors Josh Gordon and Will Speck, you’ll need to watch the theatrical version.

Click on the images below for unaltered, full resolution screen captures taken directly from the Blu-ray. Patreon supporters see our screen shots first, view our entire library in .png format, and gain fast access to 10 Office Christmas Party exclusives for as little as $1, perfect for custom cover art, film study, or other applications.