A complicated web of personal entanglements from the past threatens to ensnare a young detective as she investigates the murder of a man she thought of as a father. This six-part crime thriller from the UK is a taut, suspenseful ride in that exacting British tradition of polished crime mysteries. The Level stars Karla Crome, Philip Glenister, Laura Haddock, Robert James-Collier and Noel Clarke in a superb ensemble cast. The Level is a twisting, densely layered mystery that reveals you can never escape your past.

The Level is the suspenseful story of Nancy Devlin (Karla Crome), a respected Detective Sergeant living a secret double life. Her police career masks a hidden relationship to shady businessman and drugs trafficker, Frank Le Saux (Philip Glenister). Nancy was close childhood friends with Frank’s daughter, Hayley (Laura Haddock). Having come from a troubled family, Nancy views Frank like a father figure. When Frank calls in a favor from her, things go awry for Nancy when an unknown person shows up at the secret meeting and murders Frank. Nancy barely escapes with her life, surviving a bullet wound she must hide from authorities.

Fate intervenes and Nancy is assigned to the murder case in Brighton. Now Nancy must track down Frank’s killer while concealing her role as a witness and her serious injury. That proves difficult with a suspicious new partner she’s been assigned, DS Gunner Martin (Noel Clarke). The situation becomes even more complicated when an old colleague is assigned to the case, DS Kevin O’Dowd (Robert James-Collier).

Careful thought has been placed into each character’s backstory, weaved into the tense murder investigation

Does The Level reinvent the crime thriller? While the series doesn’t add anything never seen before to the familiar British formula of gripping personal drama complicating a police investigation, its tight plotting and sublime character development are excellent. The gripping mystery of Frank’s killer and Nancy’s subterfuge are skillfully handled in its narrative, which points fingers in multiple directions without going overboard. Its flawed characters are sharply-drawn without descending too far into caricatures and common tropes.

Karla Crome plays Nancy with a real vulnerability and earnestness without undermining the character’s intrinsic toughness as a police detective. Nancy grew up in a broken family with an alcoholic father and a mother who has developed mental problems. Careful thought has been placed into each character’s backstory, weaved into the tense murder investigation as it unfolds. There is a fine balance between Nancy’s attempt at reconnecting with her past and the impending doom that awaits if police figure out she was at the murder scene.

British thrillers are only as good as their cast and The Level is no slouch in that department. Besides Karla Crome and Noel Clarke leading the way, it also features Joe Absolom (Doc Martin), Amanda Burton (The Commander), Lindsey Coulson (EastEnders), and Gary Lewis (Outlander). It’s a top-notch ensemble of current British talent that works well together.

What some may not like about The Level is its open-ended finish after a mere six episodes. Clearly a door for a follow-up series has been left open, which isn’t that unusual for these shorter British seasons. It’s not a major problem, The Level is good enough to survive that small mistake. 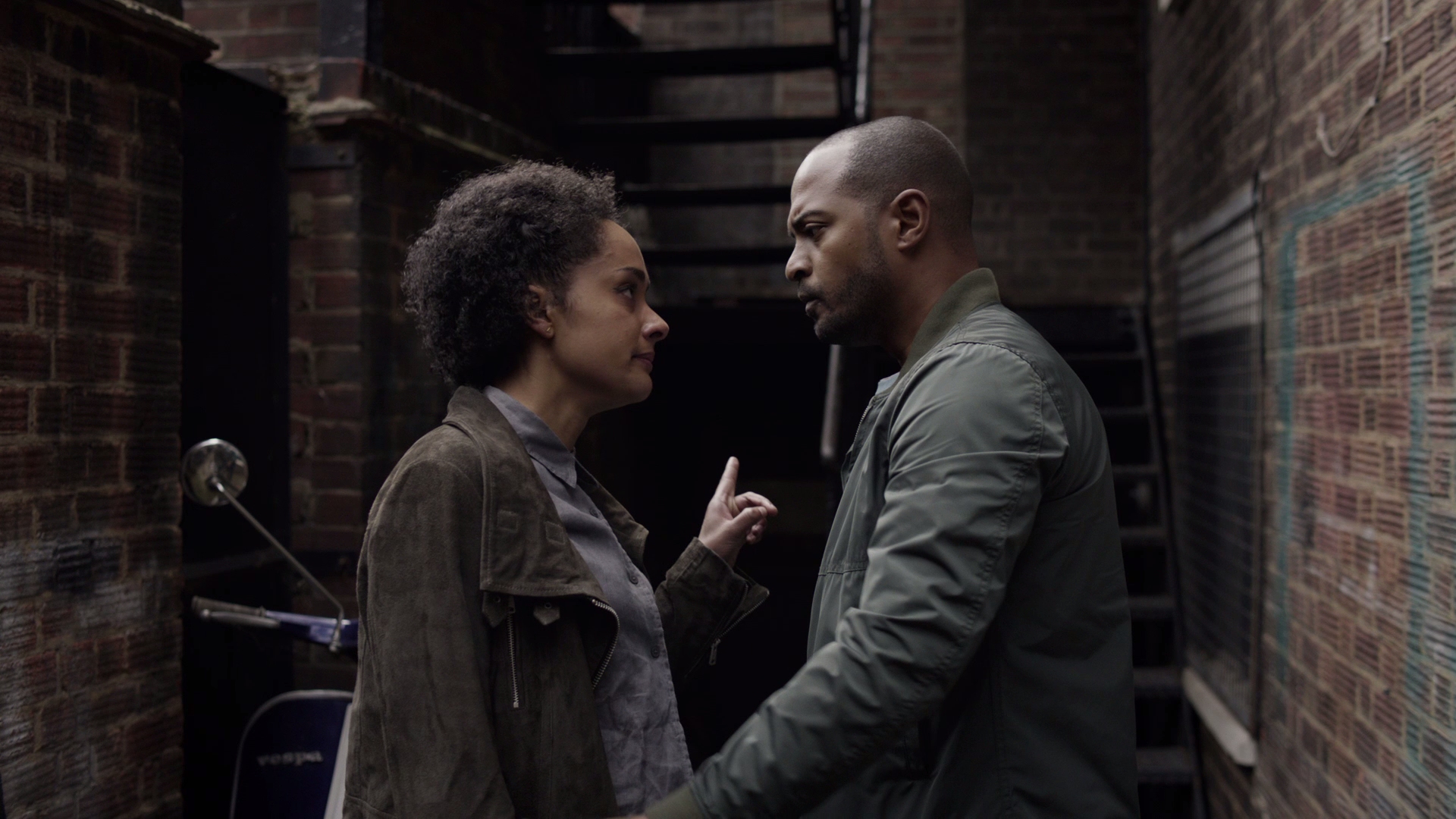 This Acorn TV co-production is presented in excellent 1080P video by RLJ Entertainment. The British series favors the sharp, pristine approach to cinematography that has seemingly overtaken UK television. Framed at its native 1.78:1 aspect ratio in gorgeous clarity, The Level offers strong definition and depth.

The video has a pleasing contrast with nice black levels. Some effort has been made to achieve a consistent presentation with razor-sharp detail, including interiors. Falling slightly short of demo material, The Level nevertheless offers nigh perfect HD in immaculate shape.

The six episodes are spread over two BD-50s, encoded perfectly in clean AVC that transparently replicates The Level’s digital source.

A 5.1 DTS-HD MA soundtrack features fine dialogue intelligibility in a simple surround mix. The Level is largely dialogue-driven drama interspersed with the occasional action scene. There isn’t a wealth of surround action beyond ambient texture and support for the instrumental score.

A few moments deliver a bigger sonic impact, such as the car chase scene. The Level offers fairly standard audio design for television. A few audio cues give better directional sound and separation but this is more subdued than most theatrical mixes.

The two-disc set comes with a slipcover. A variety of decent featurettes and one longer documentary are included as special features. A few Acorn Media trailers play before the main menu of disc one.

On Set and Behind the Scenes (30:58 in HD) – A comprehensive look behind the scenes with cast and crew. Footage from the set is included. Most of the cast, including stars Karla Crome and Noel Clarke, give interview snippets in this extended documentary.

From Page To Screen (07:55 in HD) – The Level’s writer and a producer describe the process behind writing this series.

Where Truth Meets Fiction (02:51 in HD) – Mark Everett, the director behind episodes 4-6, goes over the horrifying incident of an actual dead body washing up right before the filming of the final scene.

How They Like To Be Beside The Seaside (03:26 in HD) – How the location of Brighton was chosen for the setting.

Why Are Murder and Cop Dramas So Popular (05:31 in HD) – Cast and crew give their own answers to this question in brief interview snippets.

Click on the images below for unaltered, full resolution screen captures ripped directly from the Blu-ray. Patreon supporters see our screen shots before publication, can view our entire library in .png format, and gain access to 12 The Level exclusives for as little as $1. They are perfect for custom cover art, film study, or other applications.