Tom Ford directs a despondent, distant, and certainly indulgent thematic drama in Nocturnal Animals, a film too heady, too obvious, and too morose for its own good when dealing with high class, insufferable people. A murder story, but also introspective on a woman collapsed by guilt and overwhelming uncertainty in her life. And a revenge narrative too, blatantly spelled out, but ingeniously acted, not only from its performers, but the sly editor who pulls this together for a marvelous climax. It’s a film pulled by separate narrative strings, then in an almost obnoxiously intellectual way, pulls them all parallel.

So much of Nocturnal Animals works from emotional close-ups, rarely allowing space to impede on emotion. Still it’s visually arresting – if frequently uncomfortable – transposing misery onto the viewer without any levity. The concurrent narratives, one of a visibly distraught Amy Adams, the other a harrowing murder saga with Jake Gyllenhaal, collide, but do so effortlessly. As one side draws on its dramatic power, the other interrupts.

Seeing the pair chronologically would ruin the slick story methodology at work, unseen until the two clearly become one. What’s revealed is a fascinating character study of ego, spite, and retribution or mourning; the implications of the quiet, reserved ending remain open in an intelligent way.

His films are vicious and unkind, but in an idiomatic way which sustains them

Fascinating is how Nocturnal Animals stirs in a miserable story of miserable people, and translates this into such a ravishing production that’s as darkly beautiful as it is engrossing. Abortion, rape, murder, vengeance, cancer, self-indulgence, infidelity; there’s not a positive takeaway in the entire film. Everyone hates themselves and each other, but acts on that hatred in gripping ways to build this crafty film.

Underneath it all, a wound metaphor for depressive acts and how people deal with them. Adams’ crushing, seemingly permanent state of melancholy pierces the screen, enough to pull her equal with the figments portrayed in her ex’s novel – that story-within-a-story Nocturnal Animals does so well.

Ford appears to specialize in these boutique, bleak, and sullen stories. His only other feature work, A Single Man, found the same barren tonality. His films are vicious and unkind, but in an idiomatic way which sustains them. More so for Nocturnal Animals, that destitute aesthetic pairs with a distant empathy, a far off sense of feeling which long since left each of its characters. 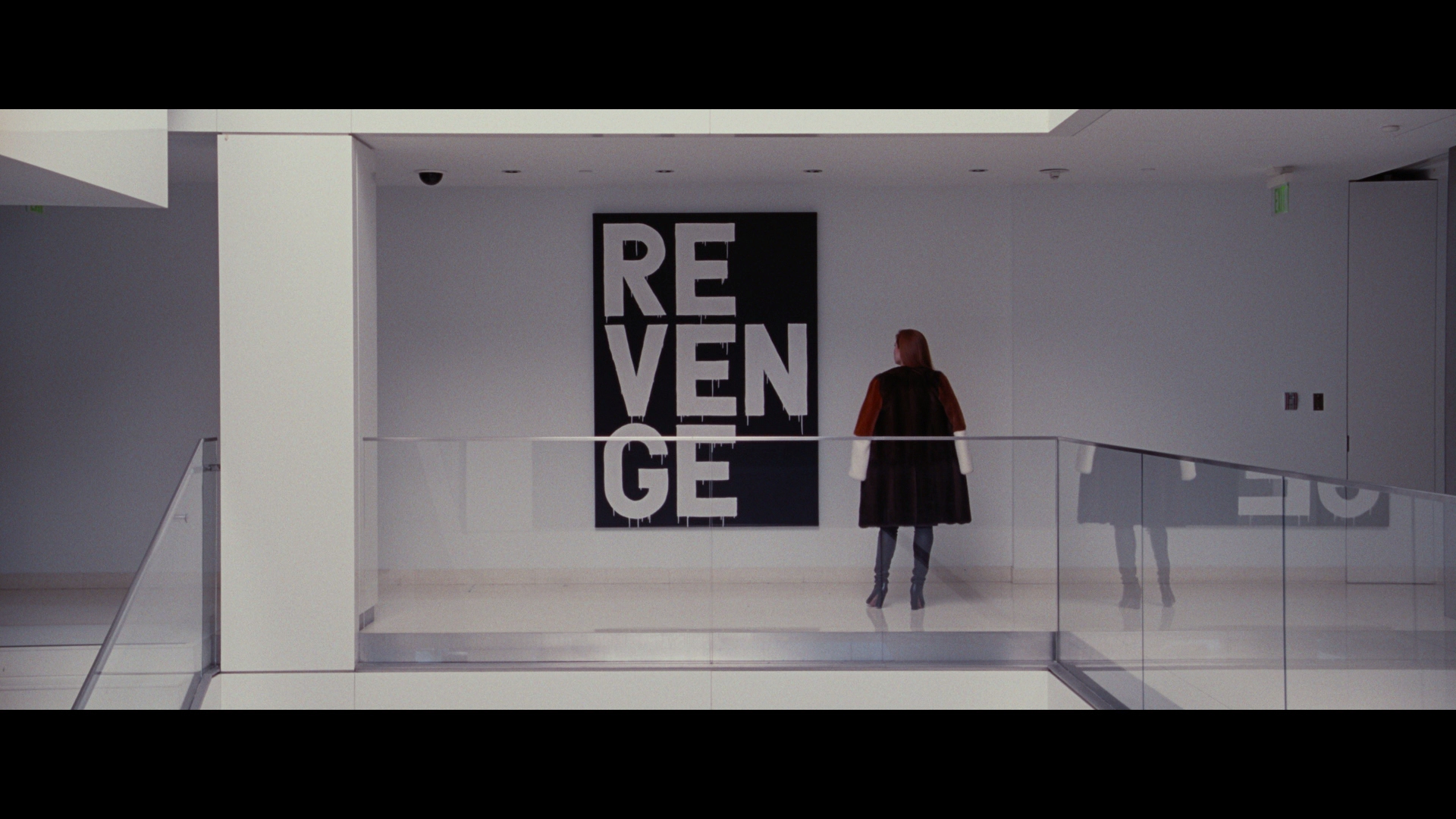 A gorgeous film, shot on 35mm, and transferred to Blu-ray in one of 2017’s earliest contenders for best of – this disc has it all. Heavy impact from the digital color grading splits the two stories into palettes, one cold, one warm. Flesh tones veer from overcast interiors to the sweltering oranges of Texas heat.

Both present with extraordinary definition, arguably as good as anything this format produced in live action. Close-ups rarely achieve this level of fidelity, and when they do, it’s rarer still to see this consistency. Stunningly photographed with generous light, hardly a shot passes without another stunning showcase of Blu-ray’s capability.

This all happens courtesy of Universal’s encode. With rare exception, it’s flawless. An early shot pulls the grain off screen when a character moves away, and near the 50-minute mark, grain seems stuck on Adams’ face, a rather odd little anomaly.

Otherwise, the disc has no barrier to Nocturnal Animals’ imagery, boasting luscious contrast and exemplary black levels. Powerful shadows preserve the intense nighttime scenery of a roadside meeting in the first act, an early example of the film’s fantastic image depth. That keeps through to the end.

Following suit with the film itself, audio comes downplayed and well considered with few breaks from a quiet and reserved DTS-HD track. Wide ambiance fills restaurants and windy exteriors, nicely enveloping the soundfield. Street ambiance becomes active as necessary too.

A handful of LFE examples include car engines, gunshots, and a heartbeat late. They’re fine uses of the low-end for dramatic effect. An early car chase shows off panning, generally in the front soundstage with limited involvement from the rears.

A three-part, 11-minute making of pours on the style to a gaudy degree with minimal material of value.

Amy Adams and Jake Gyllenhaal star in the intertwined story of Nocturnal Animals, a despondent but engrossing drama.

Click on the images below for unaltered, full resolution screen captures taken directly from the Blu-ray. Patreon supporters see our screen shots first, view our entire library in .png format, and gain fast access to 11 Nocturnal Animals exclusives for as little as $1, perfect for custom cover art, film study, or other applications.