Escapism isn’t worthless until its hollow influence begins to communicate negative social values. In Mechanic: Resurrection’s case, the brooding, muscular man-guy (Jason Statham) wallops a bunch of empty villains who took his helpless, screeching girl (Jessica Alba) who early on, dips into the ocean to conveniently sprout cleavage toward the camera. Later, after throwing a few elbows in a brief tough girl act, she takes a bullet and a few sternum punches. Damaged, she can only reel in a dominated “Save me!” act until man-guy kills enough to solve the problem. Woman: frail, helpless. Man: roar, snarl.

Sour, flimsy, like an ‘80s Stallone movie, but devoid of that pop kitsch which made Stallone’s steroidal run-and-gun efforts so preposterously colorful and lasting. No laughably extreme Cold War propaganda act holds Mechanic: Resurrection in place, just an ailing, nostalgic throwback without the wit, understanding, or cheesy cleverness of what came before.

Statham, built as such a tremendous man-guy, kills people because bad villain man-dude took his girl

Independently funded, hopefully because major studios passed on it after the first read, Mechanic: Resurrection feels artificial. It’s made with visible seams, patched together with arguably unnecessary (if gorgeous) location shoots and ‘40s-era camera trickery. At one point, Statham rides a boat, clearly not on the water but a soundstage, with audible splashing added in post. In the opening scene, Statham broods in front of a pasted-in background so obvious, it’s a wonder how this earned theatrical distribution. Special effects work as well as Statham and Alba, bouncing off each other to hawk an implausible romance, or enough of one to justify the pitiful story to come.

That narrative, too, bottom dwelling direct-to-video fodder so simple as to leave half the film unnecessary. Statham, built as such a tremendous man-guy, kills people because bad villain man-dude took his girl. Yet, as such a demonstrable man-guy as Statham is, there’s no discernible reason why he doesn’t murder every bad man-dude from the outset, get the girl, and live in tranquility. Movie over, albeit with too lackluster of a body count to sell this one probably.

It’s strange, coming from Statham who co-starred in Paul Fieg’s Spy, that adorable Bond-parody which lifted Melissa McCarthy into action-dom. Not every movie needs to be Spy (only an okay, passively entertaining movie in total), but the regression portrayed by Mechanic: Resurrection is dramatically fast. It’s not cool, it’s not flashy, it’s not unique. It is manly and macho, but shows how that formula long since expired. 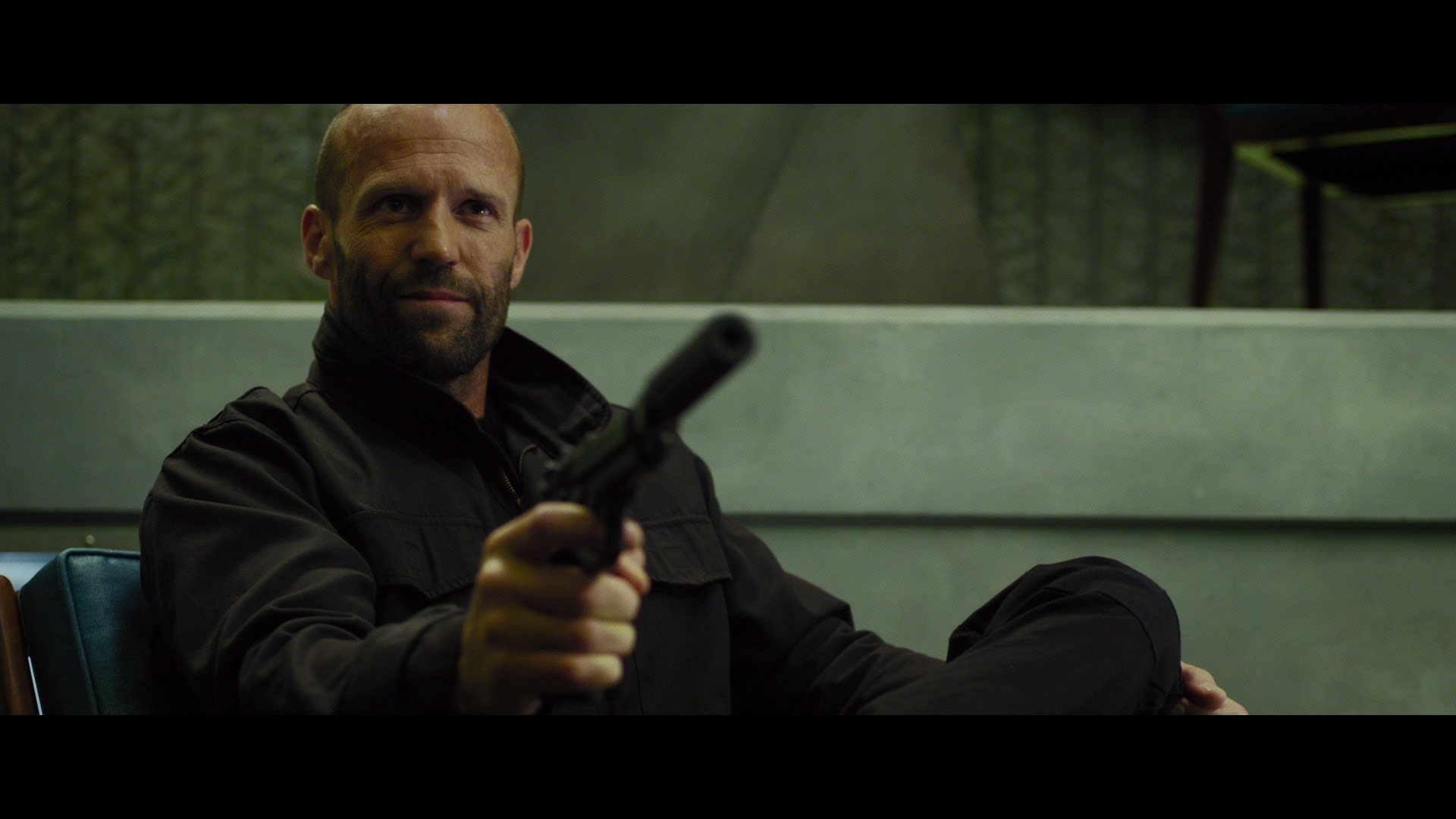 Giving a pass to the budget restrained, hazy green screen stuff, Mechanic: Resurrection looks sensational. Granted, this is all in a rather uninteresting way. Cinematography doesn’t play tricks, leaving the images pure and unfiltered. Without any impediment to fine detail, clarity soars. The few shots bringing in some noise quickly dissipate, leaving some jaw-dropping cityscapes and phenomenal fidelity.

Said contrast only bolsters the already vivid color, globe trotting through saturated beaches, flawlessly blue oceans, and warmed flesh tones. The film comes together like this for mass appeal, and it’s difficult not to be swept up in its presentation.

A hefty Atmos/TrueHD 7.1 mix piles on the audio splendor too. Location shoots fill the soundfield with activity, from beachside waves to crowded streets. The sense of place is consistent.

Action elevates things, with hearty gunfire and boomy explosions. Excellent LFE support enriches this track, tight and powerful whenever needed. In truth, explosions sound better than they look. Crafty positioning around the soundfield keeps Statham locked down by gunfire, surrounding him with activity. Bullets fly around and shots ring out from positional channels with consistency.

Jason Statham fights a bunch of dudes in a comatose action flick, leaving one to hope that Mechanic: Resurrection is the last of this series.

Click on the images below for full resolution screen captures taken directly from the Blu-ray. Images have not been altered in any way during the process. Patreon supporters were able to access these screens early, view them as .pngs, and gain access to eight Mechanic: Resurrection exclusives.