Japanese director Takeshi Kitano’s second film is a playful dramedy that crisscrosses yakuza films with baseball. He further develops his screen persona of Beat Takeshi, this time as a yakuza willing to mix lighter moments with extreme violence. Boiling Point is the first film made by Kitano that fully reflected his comedic sensibilities and penchant for explosive brutality in one package. It’s an idiosyncratic movie from one of the 90’s most important filmmakers.

Masaki is an unlucky gas station attendant who plays for a local baseball team. When the local yakuza threaten and capture his baseball coach, he and a friend get more than they bargained for when they travel to Okinawa seeking revenge. This simple plot spins out of control in unpredictable and amusing ways, especially once Kitano himself shows up as Uehara. The crazed yakuza member decides to enact some revenge of his own with Masaki in tow.

Boiling Point is a bizarre slice-of-life that veers into action and comedy, justaxposed together. It’s told from the perspective of Masaki, a lowly employee that gets in over his head by an early altercation with a yakuza at the gas station. The local Otomo Group is a criminal organization that ends up gunning for Masaki over a misunderstanding. Mr. Iguchi is a former yakuza member and happens to be friendly with Masaki. He hopes to use his former status to smooth things over. The quiet Masuki will eventually end up in Okinawa looking for revenge.

Boiling Point is definitely not a conventional gangster drama. Having proven he liked toying with genre conventions in Violent Cop, Kitano subverts the audience’s expectations. Opening with a leisurely first act that features Masaki’s sad attempts at playing baseball, it’s the prelude to his misadventures confronting the yakuza. Clearly in over his head from the beginning, it’s a comedy of mistakes that lead Masaki landing in Okinawa. There he meets the psychotic Uehara, a dangerous man prone to juvenile humor. He’s also not a white knight there to save the day for Masaki. Uehara rapes one of his own associates on a lark, possibly signaling his coming suicidal attack on the men Masaki are after.

It paints baseball as a metaphor for life in modern society, through the lens of Masaki

Takeshi Kitano crafts an interesting film that defies expectations. It paints baseball as a metaphor for life in modern society, through the lens of Masaki. A bench player on his baseball team, Masaki costs his team the game when he hits an unexpected home run and is called out for passing the runner. People like Masaki at the bottom of the ladder in society are expected to know the rules, even when they don’t fully comprehend them.

Some have complained that Boiling Point flips back and forth too easily in its narrative, almost schizophrenic in nature. From grimly depressing situations to inspired moments of humor, Kitano forces us to consider them together in a pastiche. It’s a far more fully realized film than his debut Violent Cop, which had different creative voices diluting Kitano’s vision. 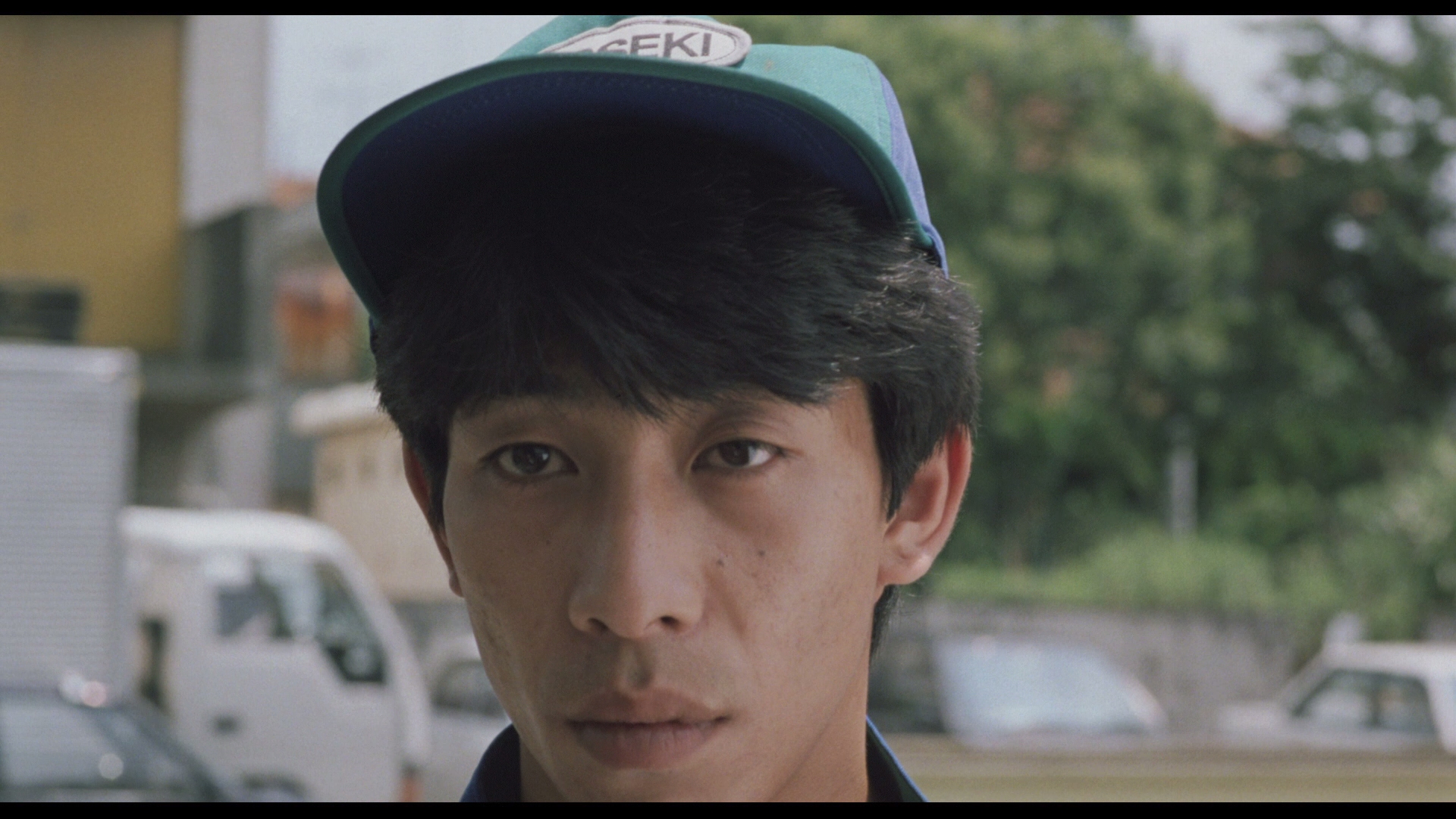 This is a transparent encoding that accurately reflects the original film elements without artifacts. It’s a faithful reproduction of the film itself without displaying extraordinary Hi-Def resolution. This is a fairly ordinary catalog presentation that does improve Boiling Point’s definition and clarity over DVD.

The newish film transfer has been struck from clean, well-maintained elements. It offers improved texture and steady contrast. The drab palette isn’t particularly vivid. The transfer is fairly soft with adequate definition. It doesn’t give off the type of intense resolution and detail seen in the best film scans. Boiling Point wasn’t made with wow potential in mind and the 1990 film’s cinematography is presented here in fine shape.

The Japanese 2.0 PCM soundtrack is virtually all dialogue and foley work. Brief moments of music are heard in the karaoke scenes, so there isn’t much chance for the stereo mix to shine outside of car accidents and a few action scenes. The dialogue is crisp with perfect clarity. This is perfectly adequate audio with limited sound design. Japanese films tend to offer conservative audio mixes.

This Blu-ray is locked to Region A. Film Movement includes several trailers and one, extended Japanese featurette. The cover art is provided by artist Benjamin Marra. He was also responsible for the cover art to Violent Cop. It comes in a translucent case with a 12-page collector’s booklet. Asian film expert Tom Vick includes an insightful essay packed with still photographs from the movie.

Okinawa Days: Takeshi’s Second Debut (20:10 in HD) – This Japanese featurette offers English subtitles. Actor Yurei Yanagi and a producer discuss their participation on Boiling Point. Playing Masaki, this was Yanagi’s first role as an actor. The producer discusses Kitano’s working process in depth on the film.