Screaming with satirical energy and widening into a spectacle of international urgency, Japan’s returning film export brings about a muscular, cultural film. As often iterated by the series, Shin Godzilla’s frame exists within a time bubble, flawlessly personifying this era of Japanese government. At times, it’s ruthless, and Shin Godzilla doesn’t even need the monster to be so. 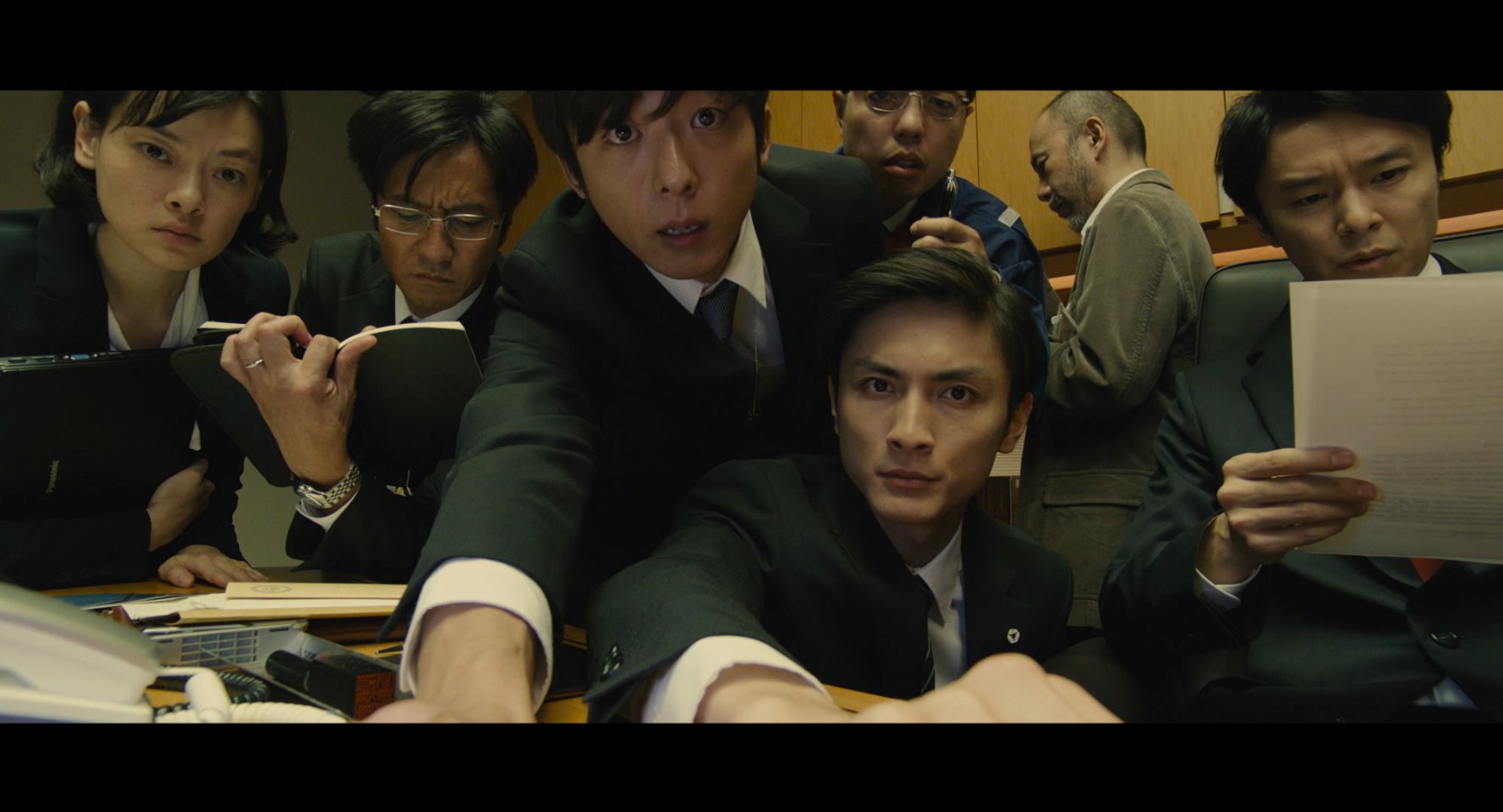 Without an ounce of subtlety, Shin Godzilla rifles between too many characters and dozens of monotonous meetings. If the pacing is confusing, it’s not without intent. No one knows who they answer to or what section of government handles the odd circumstances; everyone desires to pass on control. Breathless in force, the unconventional but fantastically creative edits imbue the first act with wiry energy. No other film in the series carries this vibe. The resulting thematic power butts into the top end of Godzilla’s legacy.

… the unconventional but fantastically creative edits imbue the first act with wiry energy.

Note this isn’t primarily a blockbuster Godzilla film. The best ones rarely are, coming lengthy and chatty, with an emphatic point. Exhaustive in taking pot shots at different strands of Japanese government, it’s impossible not to feel a lagging back half, particularly in contrast with the gung-ho first act. The repetition which worked graciously for the film earlier begins crashing down, if not without merit. A slowing pace implies, even insists, a heavy gravitas, which the odd score doesn’t reciprocate. 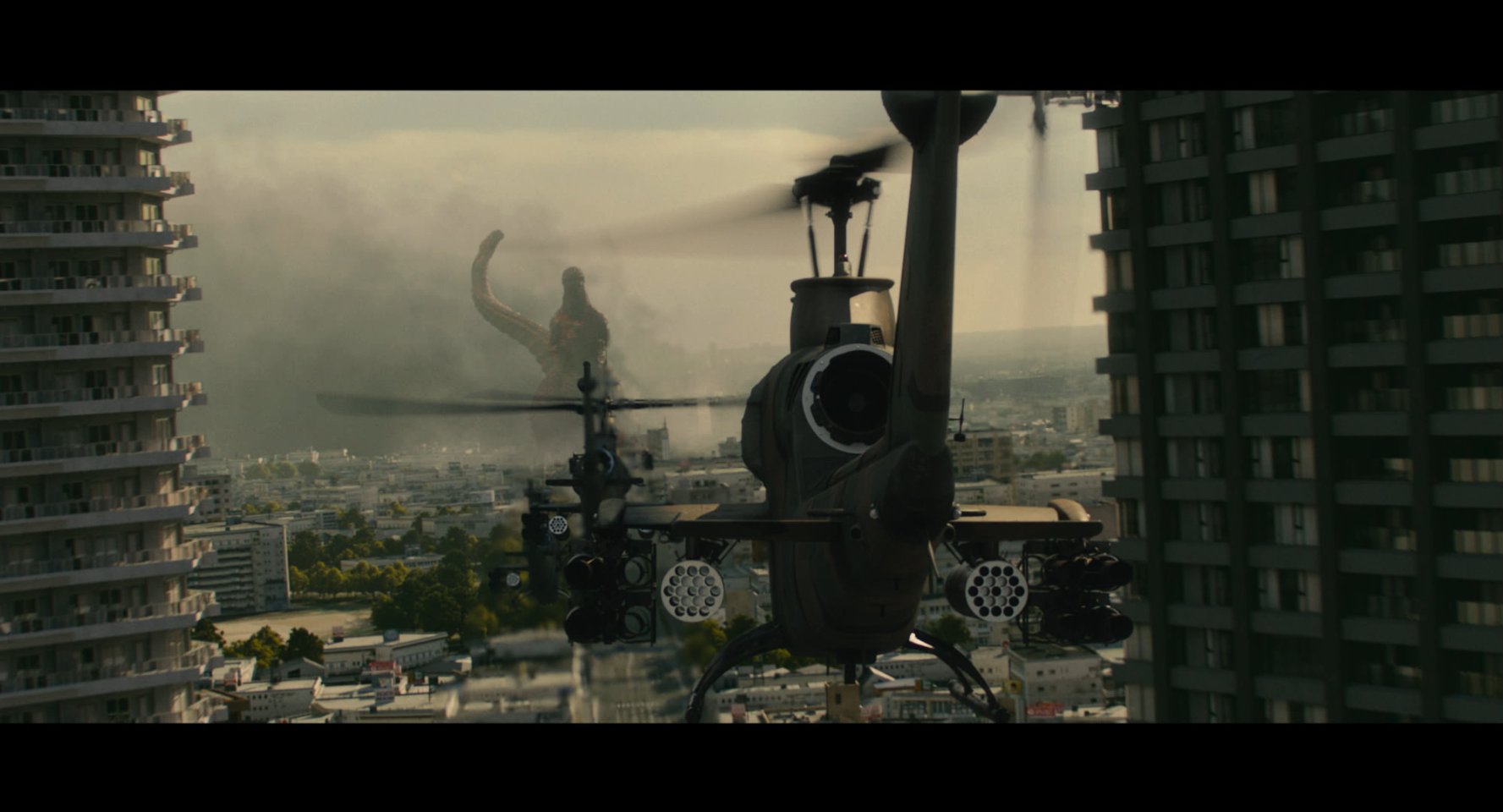 Japan becomes a puncturing ground for countries wishing to test their nuclear arsenal. Against the UN, a newly seated Prime Minister is helpless to deflect their nuclear eagerness. To consider the unimaginable scale of Hiroshima and Nagasaki, 70 years later, the country’s popular fiction still draws on those wartime experiences, Shin Godzilla included. Japan’s tributary state status also hangs over the country, in a movie often pleading for Japan’s total independence. Earlier, Shin Godzilla tightly contests the merits of the peace treaty, fiddling with constitutional dialog to find seams and allow military forces to strike the creature with military force.

Shin Godzilla isn’t a movie of the past, rather one considering the eventual ghosts of Japan’s contemporary foibles. Godzilla no longer positions itself purely as a child of Hiroshima, rather of nuclear indecision. References to Fukushima come from more than just the government’s inability to respond – they’re spread throughout, from Godzilla’s refreshed origins to suggestive touches. Maps of radiation spreads and worries over wind direction recall the real circumstances of reactor leakage.

The monster’s embedded purpose in Asian culture remains unwavering 60 years after his creation. Godzilla birthed as a morose post-war response, catapulted into marketable commodity as Japan economically flourished in the ’60s, dealt with cold war consequences, and now turns to the aftermath of hesitancy and lies. When Godzilla appears, it’s certainly with commercial merit – Toho doesn’t design movies for free – but these are films unusually in alignment with real world happenings. Some good, some bad, some misguided; Shin Godzilla though, it’s acute and hopefully curative.

Smart, perceptive, and clever, Shin Godzilla is atypically observant while willing to take enormous risks to reinvent the series.