This thriller, laced with copious levels of satire, joins the “Wall Street Revenge” pop-up genre. Big Short, Assault on Wall Street, and now Money Monster, films where executive types are given comeuppance for their financial corruption/ignorance. The themes are consistent in each.

Money Monster’s target isn’t thrills – although it often does those well – rather accountability. Kyle, projected as an unorthodox modern folk hero, hijacks the airwaves, forcing Gates to apologize. Unusual is the tone, wavering between farce and legitimate commentary without anchoring itself in either.

Furiously paced and frequently ridiculous, tonalities hamper Money Monster’s thematic gold. It’s accepted fantasy for a network to keep the show live in these circumstances, less so when Clooney believes his smarmy routine will work against his captor.

Money Monster shows it isn’t in search of empathy.

When peaked, Money Monster dedicates a full scene to insanity. Lee Gates pleads for his audience to inflate stock value, asking the financial sector to spend $75 to save his life. The camera pans over those heroically poking their cell phones until it’s revealed as a narrative ruse. No one feels Gates is worth it, humbling for an egotistical character who overstates his influence.

Falling aloof in the final act, it’s a rush to find closure. Money Monster’s belief in its own cleverness, like Gates himself, turns ironic. Sights set on the news media’s lack of gusto and social media’s ability to override the senses. Unusual heroes surface in a street-side race for answers, certainly the dramatic peak, if so implausible as to override the sensible work before.

Taken as a whole, however, Money Monster lures audiences in with an overarching sense of how difficult real answers can be. Kyle questions the absurdity of how an $800 million market loss occurred, yet because softened journalism towed a company line, that answer can only come from a gun and bomb threat. Carefully, Money Monster shows it isn’t in search of empathy for anyone. Kyle too must answer for his choice. Themes center around money, but also the ramifications of choice and how wily we can be in avoiding personal responsibility. 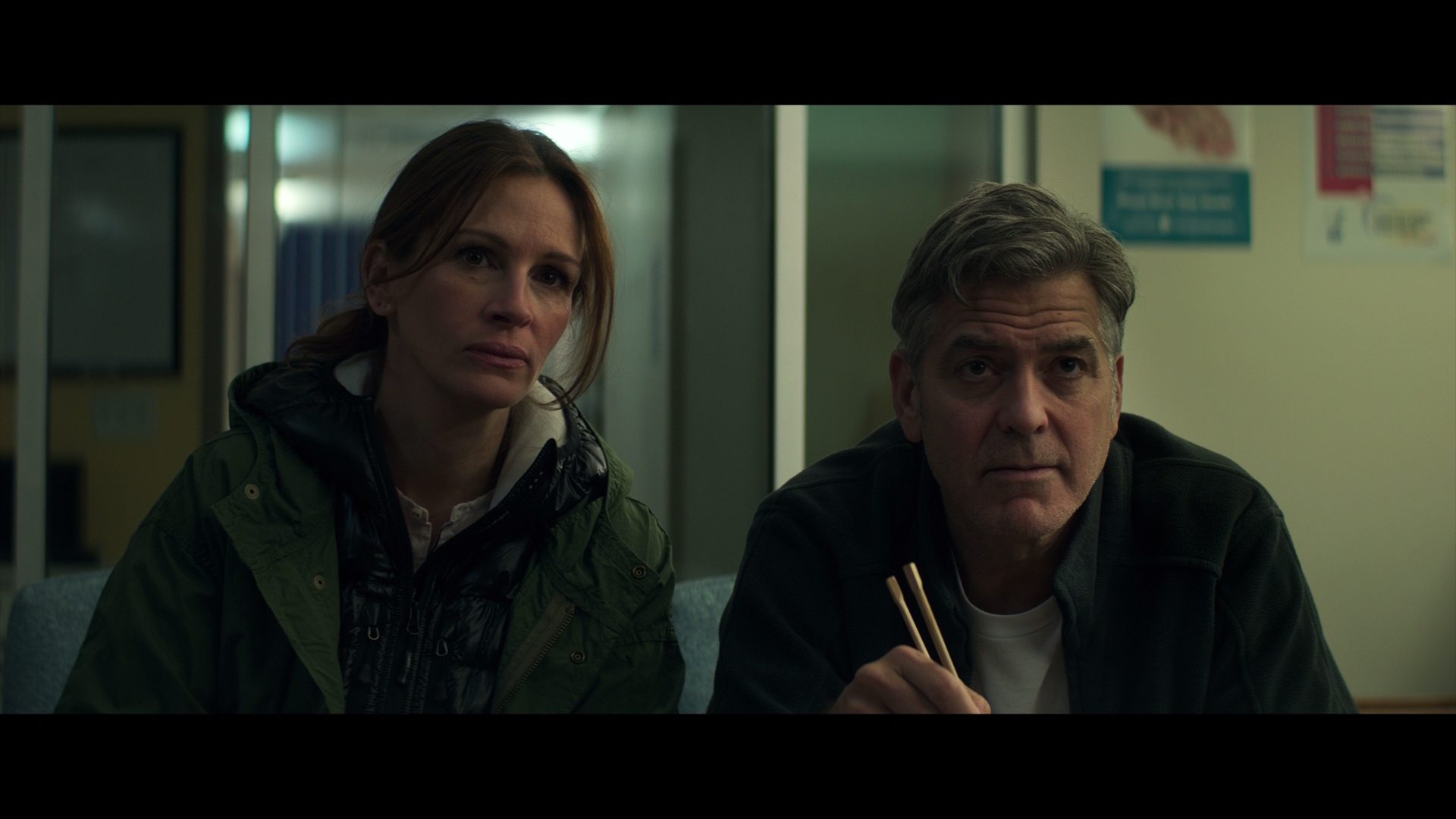 Shot digitally, images feature strong clarity. With a mountain of LCD screens in the control room, all green screened in, the lack of noise is a surprise. Inconsistencies creep in through close-ups. They’re mostly insignificant problems – softness in spots, lack of high-end fidelity in others – things too small to hold against the disc.

Money Monster carries an impeccable encode coming from Sony, per their usual. High general sharpness keeps the movie on point visually. Once outside the studio, there’s no loss of definition. Other locales match that consistency.

Although locked in a studio for much of the runtime, the created atmosphere comes from hectic employees running around to set up the day’s shoot. It’s lively, filling the soundstage with energy. Once on the air things die out, understandably. They’ll pick back up whenever streetside in New York, whether it’s ambient traffic or later when among a thick crowd of onlookers.

This is never a DTS-HD encoded track willing to push hard, but nicely envelops when needed. Excellent balance and the pop of gunshots add some energy.

Three deleted scenes (one an alternate opening) sprint to a runtime just over two minutes. Clooney’s character sandwiches into some story recap in the five minute The Money Man. Things go a little deeper with Inside the Pressure Cooker, with Jodie Foster discussing the idea and how she handled a complex shoot (10 minutes). Anatomy of a Scene picks apart a closing sequence and the challenges of putting it together. There’s a music video to finish things off if that’s interesting.