For the third time this summer, a villain shoots a spiraling beam into the sky which the protagonists must stop. It’s coincidence, if an amusing one as Warner’s comic book films struggle to find an unique anchor.

Shoving superheroes and super villains into messy ensembles – a rapid attempt to cover lost ground – fault lies entirely with Warner. Poor Suicide Squad. Dumped onto the screen with an arduous opening act and sluggishly pulling itself toward respectability, Suicide Squad nearly works, even with loose bandages holding it together.

If anything is lost in the current superhero bubble, it’s cinematic identity. Zack Snyder’s form may be too overwrought to miss in the preceding features, but Suicide Squad is not a film of David Ayers. Marvel’s films no longer offer director leniency, merely a canvas for carefully curated, serialized storytelling. In Suicide Squad’s case, Will Smith and Margot Robbie headline a film festering with corporate uncertainty. Jokes disruptively edit themselves into place and messy cut-and-flashback introductions for the anti-heroes are the death of sensible exposition. The drip feed of disconnected pop music screams an insufferable level of commercialization. 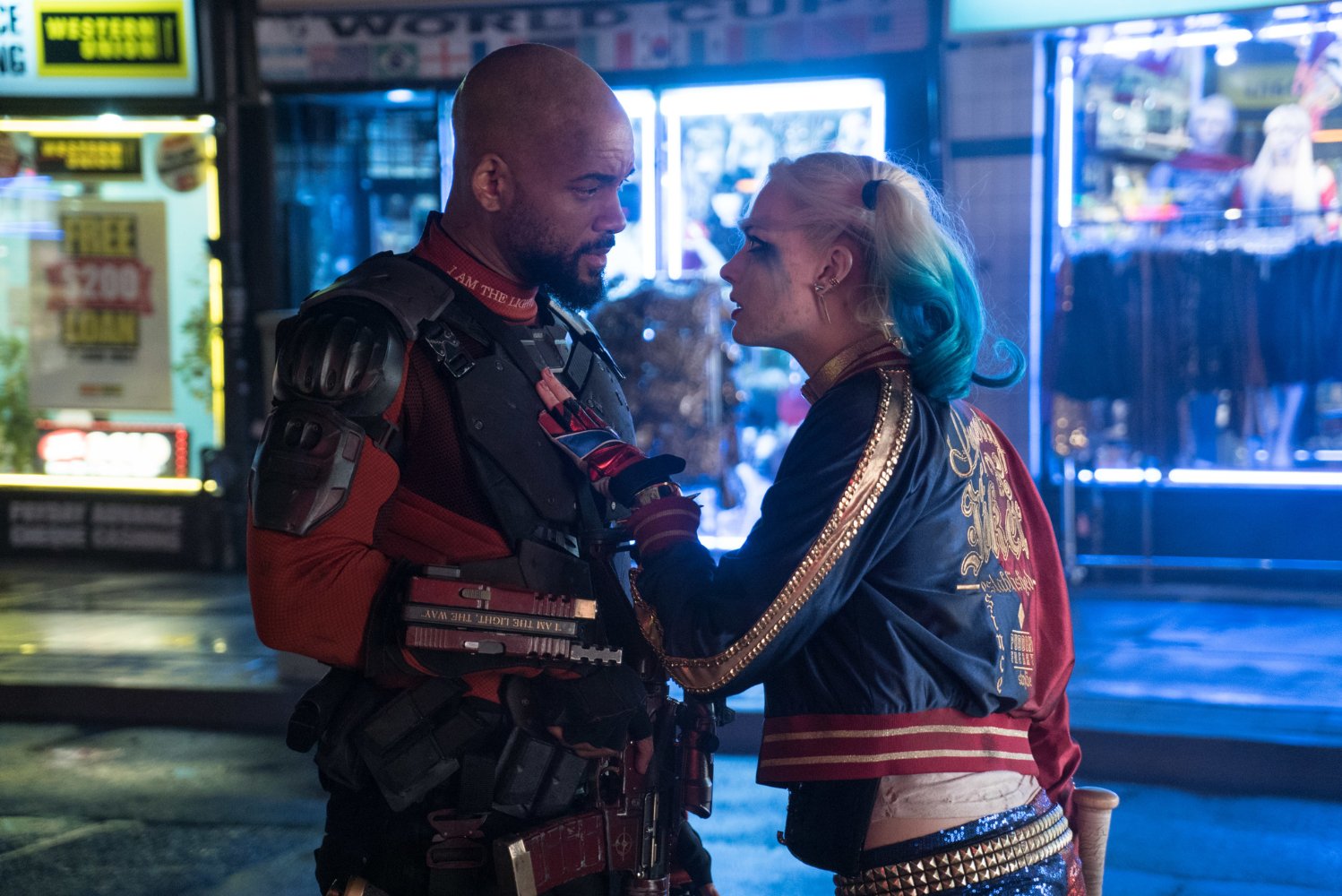 At its own base, Suicide Squad struggles for coherency, if less so than the confused, whats-it storytelling of Batman v Superman. Here the power-less, baseball bat-toting Harley Quinn receives the call to defeat potential new Supermen, as if her own insanity carries such ability. Credit though to Margot Robbie for giving the character a familiar yet enthusiastic personality, enough to cover the boneheaded concept itself.

Cluttered and messy, there’s little reasoning for Suicide Squad other than to implant key mythos for later use.

Done right, a majority of these leads should earn starring solo roles – rather, they needed to do so prior. But, because of Warner’s panicked rush, these ensemble gatherings come first instead of later. This leaves the empathetic Diablo (Jay Hernandez) thin, Killer Croc’s (Adewale Akinnuuoye-Agbaje) story MIA, and the Australian Boomerang (Jai Courtney) utterly without depth. Focus hovers on Quinn and Deadshot (Smith), the latter better than the former. In trying to form something resembling a backstory, Quinn’s madness goes aloof, leaving her unfinished if spirited. The lack of a coherent Joker – Jared Leto’s interpretation is barely a presence and awful when it is – dwindles Quinn’s motivating force.

Similarly, the Ghostbusters-esque villain’s purpose is distant. Creating a world of darkly painted, bubble wrapped zombies for the sake of action scenes, the gyrating Enchantress (Cara Delevigne) does mystical things because… that’s what she does. If swirly sky beams are summer 2016’s cliché, second is the influx of ill-considered antagonists. 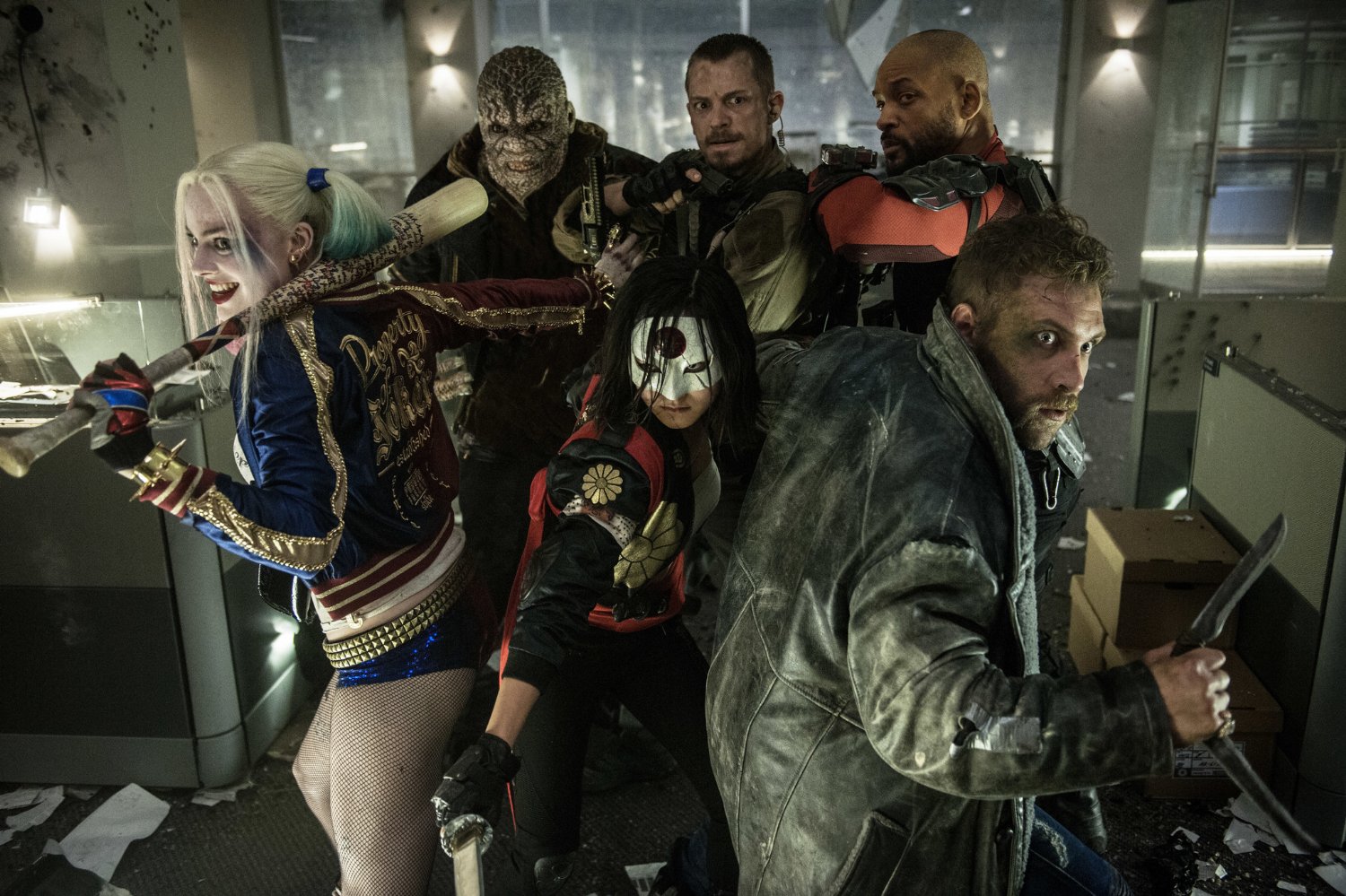 Suicide Squad’s existence as a commercial for DC properties reveals during a post-credits scene as Bruce Wayne (Ben Affleck in cameo form) overwrites the sheer idiocy and judgment which just transpired. Cluttered and messy, there’s little reasoning for Suicide Squad other than to implant key mythos for later use. Only Bruce Wayne (and probably the audience) appears to notice.

So it is stupid, yes, and incoherent, certainly. Despite the publicized studio tinkering (and the obvious in-film results), Suicide Squad deflects harsh judgment, more than an anticipated tentpole like Batman v Superman. Margot Robbie and Will Smith, as a pairing, do much in their service to this hopeless popcorn outing. They’re pure joy. Critical leniency is rare for a Suicide Squad. Those two headliners earn this movie a reprieve. A small one, but still.