Having previously directed Valentine’s Day and New Year’s Eve, director Garry Marshall (Pretty Woman) tackles Mother’s Day as his final movie. He passed away in July at the age of 81 after a long Hollywood career. Mother’s Day is a star-studded ensemble comedy headed by Julia Roberts, Jennifer Aniston, and Kate Hudson.

This movie is what I like to call corporate junkfood. It’s safe, bland, mostly harmless entertainment constructed specifically for its target demo of middle-aged women and couples. The mild humor elicits few real laughs but passes the time well enough. Its true value lies in seeing famous movie stars pretending to have the same problems as working-class mothers everywhere. That is likely part of its allure for its intended audience.

Mother’s Day is a comedy celebrating parenthood and family by showing the bad with the good. Jennifer Aniston, Julia Roberts, Kate Hudson, and Jason Sudeikis lead the admittedly impressive cast in strong form. The plot intersects the lives of a group of people maneuvering their way through a crazy week of difficult relationships in the week leading up to the Mother’s Day holiday. The formula is cute kids, harried mothers, and dysfunctional families. Everything comes together in a pleasant, predictable ending.

It’s nominally set in Atlanta but the entire milieu resembles L.A. in all but name. They all live in McMansions, the children are all undeniably adorable, and everyone lives with a smug sense of superiority. This is certainly not entertainment made by Hollywood aimed at flyover country. Running jokes include a set of homophobic and racist parents.

Britt Robertson steals the show from her bigger co-stars as Kristin, a young mother who doesn’t want to marry her long-time boyfriend when he proposes. It’s the one genuinely sweet and touching character arc in Mother’s Day. Jennifer Aniston plays Sandy, a stressed-out mom who dreads having to deal with her ex-husband and his much younger, new girlfriend.

This is for big fans of its stars.

Julia Roberts plays Miranda Collins, a famous writer and celebrity. Kate Hudson and Sarah Chalke play Jesse and Gabi, two sisters who keep their unorthodox relationships hidden from their overbearing parents. Jason Sudeikis plays Bradley, a widowed father coping with the loss of his wife and raising their young daughters by himself. Of the all-star cast, Sudeikis with his comedic background has more fun with his role than the others. For a light comedy, he provides most of the better laughs with his smooth delivery and timing.

There is some effort to tie all these characters together by the end. They aren’t all necessarily close friends, reflected in a screenplay credited to several different people. Marshall seems to have taken a hands-off approach, letting each cast member do their thing in their own style. That works some of the time in Mother’s Day but also weakens the narrative.

Mother’s Day is one of those movies couples watch together on a rainy day when nothing else is available. It’s light, sweet, and mostly forgotten by the next day. This is for big fans of its stars. If you enjoyed Marshall’s prior Holiday films, you’ll probably find it entertaining as more of the same. 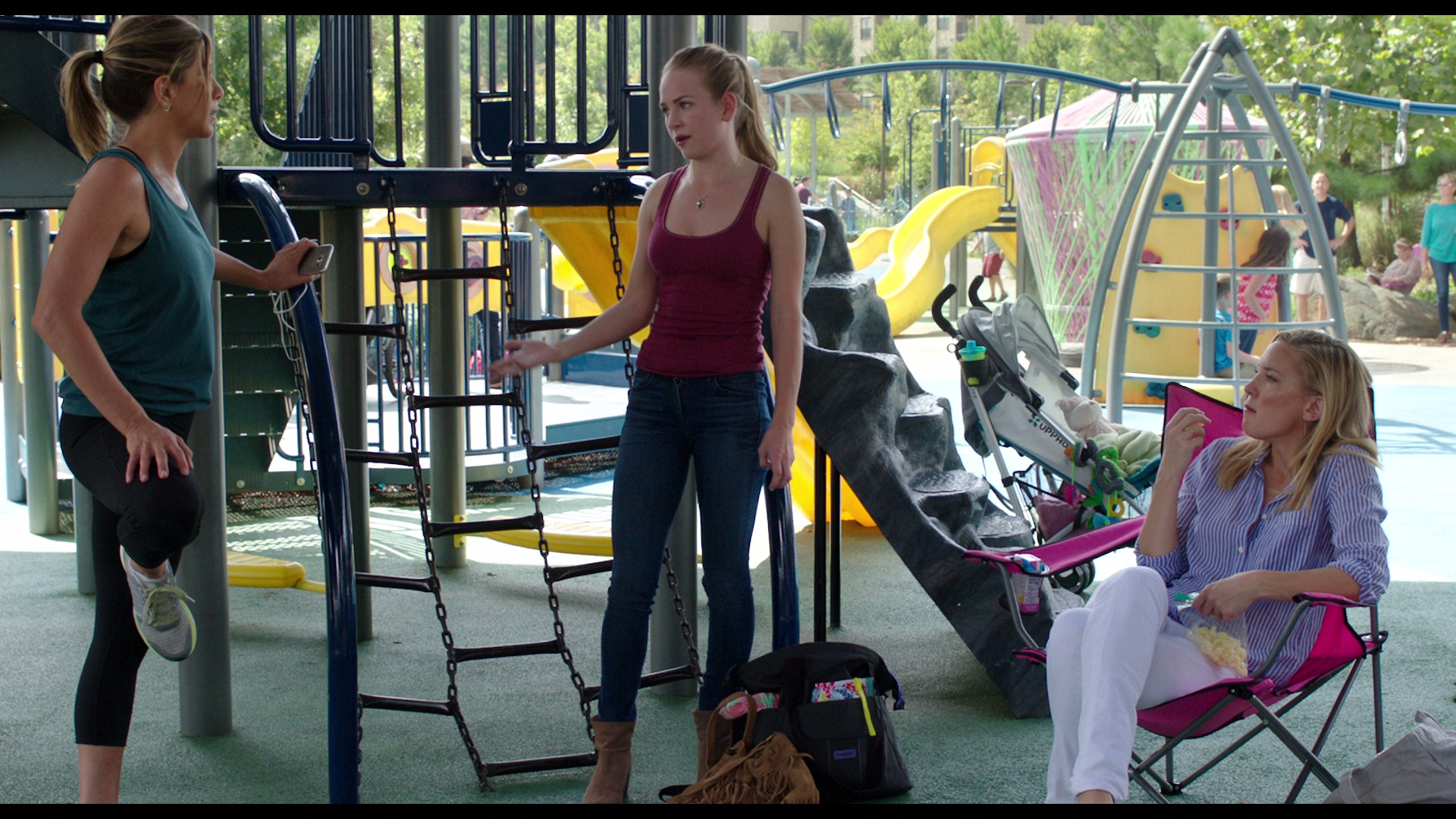 The 118-minute main feature is encoded in AVC on a BD-50 at nearly maximum bitrates. Shown in a fine 1.85:1 aspect ratio, it has a vibrant contrast with warm flesh-tones.

Most average moviegoers will consider this sparkling picture quality with life and nice color saturation. The razor-sharp definition has excellent detail, if a bit lacking in the tightest close-ups.

The 5.1 DTS-HD MA soundtrack offers a mild surround experience. This is mostly a dialogue-driven dramedy with a handful of musical selections to liven things up. The crystal-clear audio is mostly confined to the front soundstage with a few discrete surround elements. Given the limited sound design, one would almost think this was mixed for television.

First pressings come in a regular slipcover. The included digital copy is good for either UV or iTunes in HD quality.

Deleted Scenes (04:59 in HD) – Six scenes in total, including one from the stand-up set with the baby.

Universal Trailers (03:27 in HD) – These trailers for other Universal movies play before the main menu.

Gary Marshall’s last film is the third film in his Holiday Trilogy, headed by Julia Roberts and Kate Hudson.