Shaw returns in this hugely satisfying finish to the CBS show

The wonderfully complex, intelligent series from creator Jonathan Nolan gives fans what they want in this excellent send-off. Beginning as a mindless procedural with a quirky set-up in season one, the CBS show blossomed into one of network television’s shining jewels over the years. Stars Jim Caviezel and Michael Emerson return for one last fight with Samaritan in this satisfying conclusion. Along the way are a number of fan-pleasing surprises for long-time watchers.

How would one describe Person of Interest to someone who has never watched it? The show is an ongoing battle between two powerful AI’s, using human agents as their proxies in this struggle. On one hand we have the Machine, the AI built by Finch (Michael Emerson) to save people, one number at a time. On the villainous side we have Samaritan, an AI unleashed on the world for ultimate control by nefarious forces in the government. John Reese (Jim Caviezel) is a former black ops soldier turned good guy, usually the man that has to put the Machine’s plan into action.

Season five picks up from the devastating end of season four, which saw the Machine under massive attack and on its last legs. Finch attempts to rebuild what is left of the Machine in an abandoned subway tunnel. It is the only place in New York City not under surveillance by Samaritan. The team is down to Finch, Reese and Root. Detective Fusco is still on the outside looking in, wanting to help the cause. Along the way old friends will return, beloved characters will die, and we get closure on all the show’s recurring story-lines. The heavily serialized show gets a fine finale that still has fans talking.

It’s not much of a surprise but Shaw does eventually return to the show in an interesting way. While her return would have been a neat twist for unsuspecting viewers, WB’s marketing department has made her return impossible to miss by heavily advertising actress Sarah Shahi’s presence on the cover and in press. Abruptly departing the series when Shahi became pregnant, Shaw’s return is epic. Shaw’s fans will love her arc in season five. She kicks as much butt as ever, finding new developments in her personal life for the first time.

For a show that had become cutting edge with its focus on AI, season five sees more action than ever before. Person of Interest has always been a serialized action series but the stakes have never been higher. This shorter fifth season sees bigger and better stunts, not to mention heavier artillery. The first half of the season sees more standalone episodes as the Machine and its team of human operatives recover their strength. The back half finishes off Person of Interest in spectacular fashion, building up momentum to the devastating finale. We hear the Machine speak for the first time and see it develop a personality of sorts, a fitting end to its character arc.

Long-time viewers should love this final season. It’s a thrill-ride from beginning to end, one that pays off every character very nicely in logical fashion. Serialized television shows from the networks are rarely this intelligent or engaging. Goodbye, Reese and Finch, your fans will miss you. 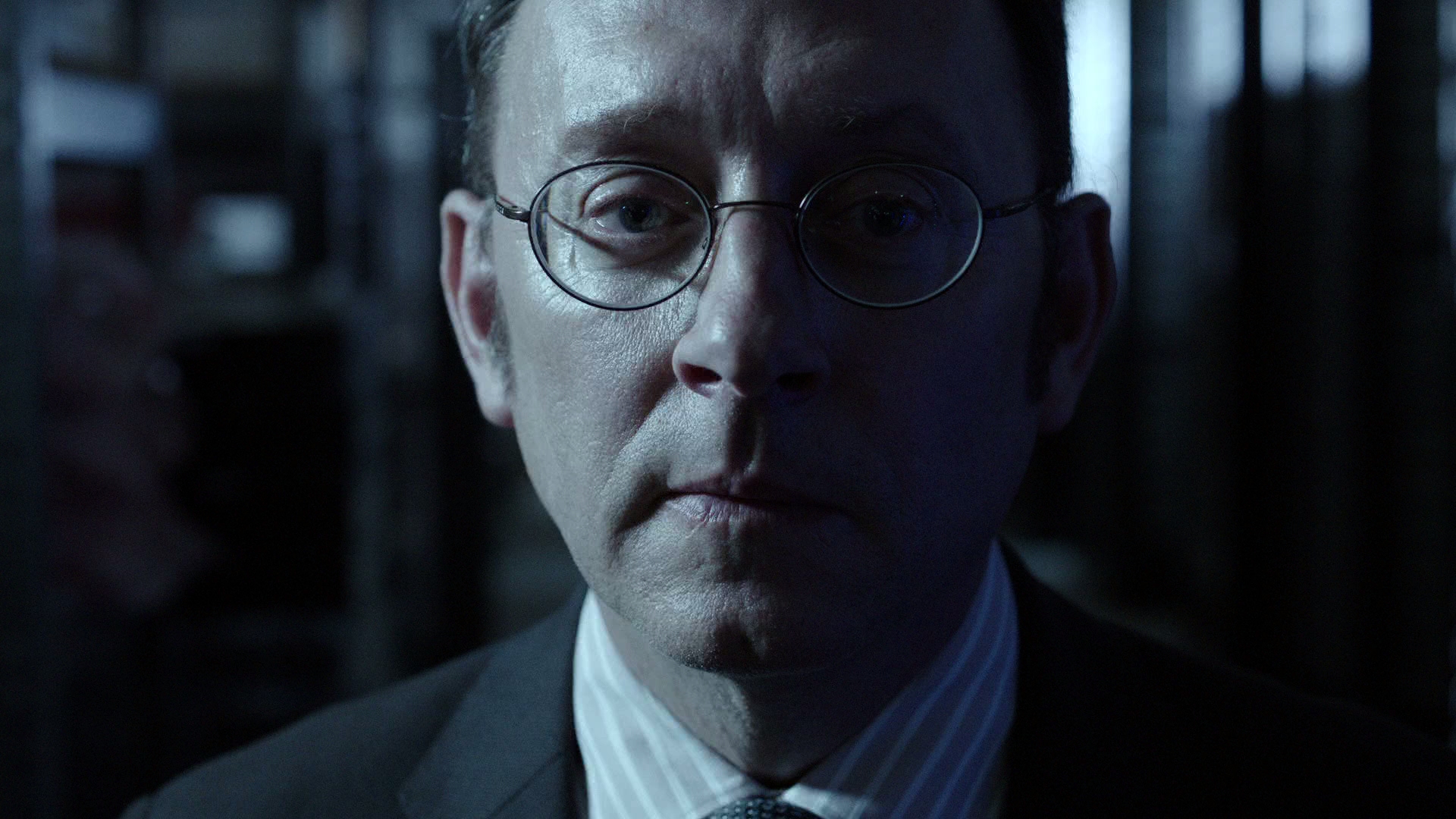 Having seen every season of this show on Blu-ray and CBS’s Hi-Def broadcast, season five shows a marked improvement in video quality over prior seasons. I’m not sure if that is due to the shorter season but season five’s picture quality offers razor-sharp definition with little softness. This is high-quality Blu-ray video that massively improves upon CBS’s fairly flat broadcast version.

The 13 episodes of season five are spread over two BD-50s and a BD-25. Each episode is presented in a pleasing 1.78:1 aspect ratio. Encoded in AVC, this is an adequate compression job with minimal artifacts. WB has tended to squeeze their television video encodes in the past, occasionally affecting ultimate detail and overall clarity. That isn’t a problem on this final season, mostly thanks to its innate pristine video. A handful of compression noise is only apparent in the most difficult shots.

Detail looks better than ever with strong shadow delineation and excellent contrast. Close-ups display unfiltered definition with perfect clarity. The tech overlays and machine views show noticeable improvements. This is a much more polished-looking presentation without visible digital seams.

Once again like the video, Person of Interest’s audio quality shows massive improvement over prior seasons. The 5.1 DTS-HD MA soundtrack is one of the best television mixes I’ve ever heard on home video. It has wonderful discrete action, an enveloping surround field, and thumping bass. Gunshots ring with authentic clarity and dialogue is crystal-clear. The score is heard in nice sound quality, smoothly spread over the 5.1 array.

This is the first television audio I’ve assigned a perfect score. It’s on par with theatrical mixes in terms of impact and engagement.

Including English SDH subs, I count nine different optional subtitle options on this set. WB has made this set with international markets in mind. The subtitles display in a white font.

For the final season of a thought-provoking series such as Person of Interest, this list of special features is underwhelming. They are all worth watching and meant for long-term watchers. However, I was expecting more depth and insight for this final ride into the sunset. Noticeably absent is Sarah Shahi, a fan favorite.

Show creator Jonathan Nolan and the other showrunners appear in all three supplemental features. One notable thing missing are deleted scenes, which tend to be mainstays of WB’s television output on Blu-ray.

The three-disc set comes in an ordinary-sized Blu-ray case with a slipcase. Inside is an episode guide and an UltraViolet digital copy that redeems in HDX on VUDU.

2015 Comic-Con Panel (32:59 in HD) – Creator Jonathan Nolan, showrunner Greg Plageman, Executive Producer Denise Thé, Jim Caviezel, Michael Emerson, Kevin Chapman, and the divine Amy Acker all appear together in this lively panel from Comic Con. Shot before the season premiere, these panels always have to dance around possible spoilers for the upcoming season. Despite how uninformative they tend to be, it’s always fun for fans to watch cast and crew in a less formal environment interacting together.

An excellent final season for Finch and the gang as they battle Samaritan until the very end.