Key and Peele won’t stray far from their Comedy Central sketch days, delivering a rather pieced out comedy in Keanu. Part satire of action comedies, part tear down of cultural stereotypes, Keanu centers around a kidnapped kitten cat-alyst and overlong scenarios which poison the pacing. Sloppy, if often funny.

If nothing else, Key & Peele do situate themselves as big screen worthy. The pairing adapt throughout this (purposefully) routine buddy flick, tearing through the cliches while remaining a touch unpredictable. The latter isn’t an asset, rather a result of Keanu’s sometimes choppy and misplaced scenes. A sequence with Anna Faris stalls the entirety of Keanu, dragging and sputtering without any narrative urgency. The unexpected comes to define Faris’ surreal cameo.

Keanu’s best gag comes near the end. After a speech about consequences, that’s what the script hands out. The melees and shoot-outs, often taken for granted as mindless and freeing, suddenly have a touch of comical authenticity laid on top. Funny, yes, and ridiculous, certainly, but also grounded. Acknowledgment matters.

Although designed as a means to sell the duo as stars, it’s Keegan-Michael Key who sells much of the film’s laugh quota. Comfortably middle class and straight-laced, then shoved into a world of drugs and guns, Key’s false credibility (nicknaming himself “Shark Tank”) is gold. Better still is his character’s influence, selling George Micheal’s credentials to a car full of hardened gang members (the Blips, made up of those the Bloods and Crips didn’t want).

It’s in not being stereotypes that Keanu allows its leads to find their groove. Playing against type allows the two to find their hook – cultural fish-out-of-water – and in doing so, criticize societal expectations. That’s much of Keanu; implant an adorable (seriously adorable) kitten in the hands of muscled, tattooed gangsters and watch them go to war over ownership. While Keanu’s script, at times, forgets the cat even exists, you can still sense of the feline influence.

In the strangest way, Keanu stumbles into a satirical role model story, rowdy and crude, but within the space of dull suburban life. Key and Peele break down racial boundaries. While it’s a poor choice to strafe gunfire at drug kingpins for a cat, underlying the script sits a story about being comfortable in who you are. So role models, if in a really weird way. 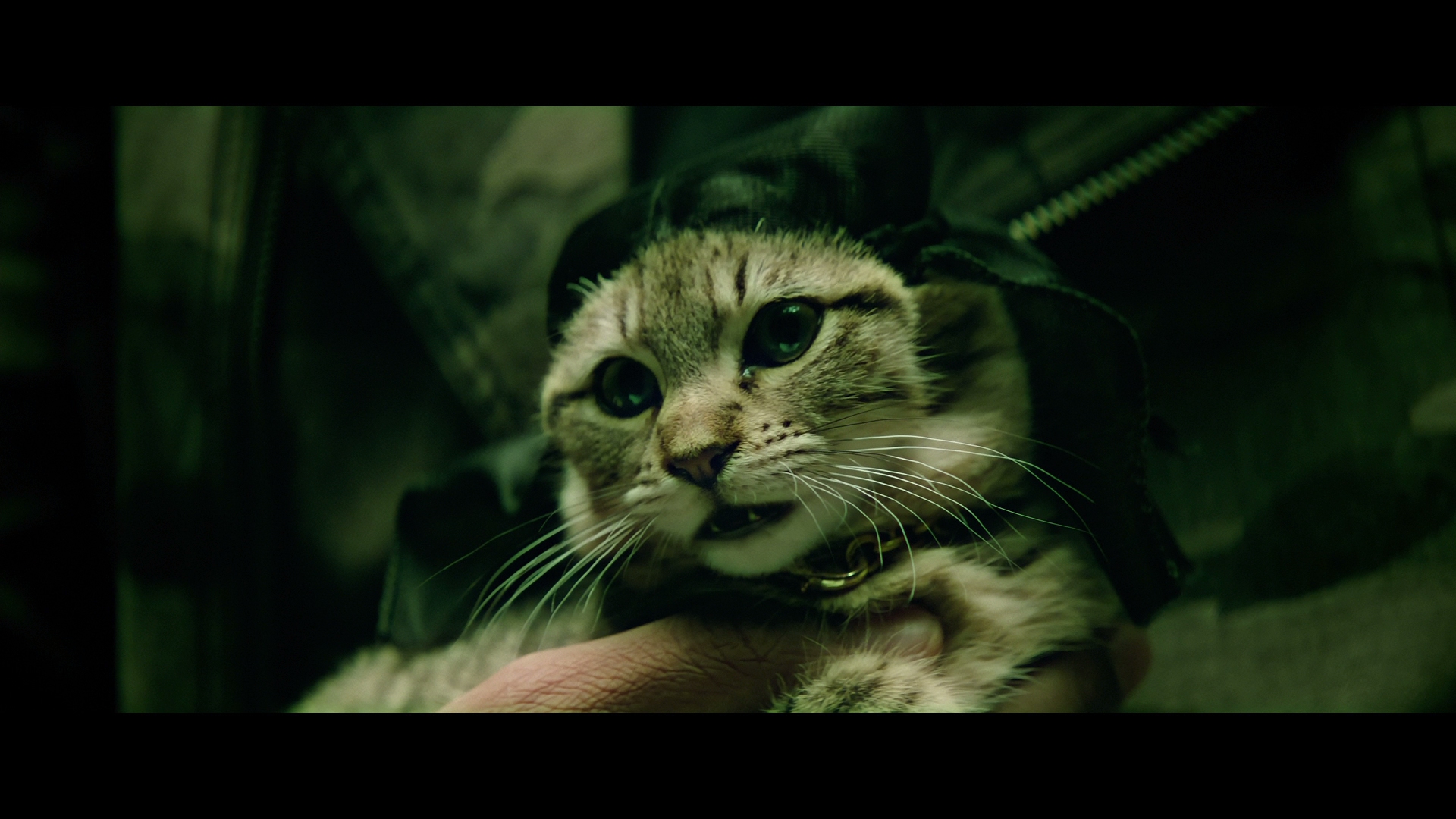 This also causes a loss of color, equally dimmed and dry in saturation. Primaries appear grayed out, missing energy and pop. In this case, much of Keanu feels grayed out.

At least there’s detail to fall back on. Definition stays high. City aerials are sharp while close-ups score extensive fidelity. A handful of exteriors layer on resolution.

Somewhat lacking in the budget department for an action film of this scale, the realities come through in this DTS-HD track. Rear channels receive only passing attention and the spread through the front channels sounds restricted. At the peak, it’s a third-act car chase which gives this track motion, panning through the proper speakers in a so-so sonic sequence. The shootout which preceded the chase seems empty.

If there’s activity, thank the soundtrack, hammering the low-end with bass. It’s the only appearance from the LFE.

Deleted scenes run 15 minutes, carrying a slew of extended moments and improv too. A gag reel has plenty of comedy gold, while the short feature Keanu: My First Movie (3:05) sags a bit while the cast gives the cat advice about Hollywood.

While it won’t make Key & Peele cinema superstars, Keanu has an effective dose of comedy with a funny spoof of social expectations.