Bloated and heavy in senseless visual effects sequences, this remake has few smarts – it’s outright childish and demeaning, sad considering the possibilities it presents. A timid contemporary popcorn dud, Ghostbusters finds itself incoherent, short on definition, and wanting in context.

Curious is not the casting of heroine ‘busters rather of a villain, the nerdy, lonely white male who disassociates from society, cuddling to his anger. An oddly suspect inclusion, all too predicative of the online furor which preceded Ghostbusters itself. It’s suspicious at least, particularly for a movie which has wrongly become a symbol of progressive activism.

Distressing is Ghostbusters’ opportunity to serve as a mature, well groomed tentpole. Instead, the film denigrates into a childish comedy of bathroom humor and “obese woman falls down” jokes. Rather than rising above hate, Ghostbusters engages – directly – by mocking gender roles. Chris Hemsworth’s goofy secretary barely functions as a person, covering his eyes to block loud sounds. He’s comparable in intellect to a sloth. So are most of the male characters. Har har. Director Paul Fieg isn’t far from his work in Spy, although the latter had genuine cuteness.

In tackling social issues (simply, plainly, broadly), Ghostbusters railroads itself. Character arcs disintegrate, leaving the third act without anything of consequence outside of visual effects. An introductory rift between Kristen Wiig’s Erin Gilbert and Melissa McCarthy’s Abby Yates settles in the first act, leveling the finale’s potential for legitimate closure.

This new Ghostbusters doesn’t play itself straight and ends up crooked.

Ghostbusters feels trapped by the necessities of a remake, desperately nostalgic and tirelessly new simultaneously. In that jumble comes a worthless, disinterested cameo from Bill Murray. Verbatim line recitals from the original are tiresome. The script produces an anemic understanding of what made 1984’s Ghostbusters tick. For a new business, these women seem quite well off and have an inordinate amount of free time to create new weapons. An unbelievable New York government gives them fits, but it’s satire without bite or consequence. This new Ghostbusters doesn’t play itself straight and ends up crooked.

Breaking in-movie logic is Kate McKinnon – less Egon Spengler than James Bond’s Q with the extroverted personality of Tank Girl – devouring technology and spitting out ghostbusting… things. Each addition to the arsenal presents opportunities for merchandising rather than function. When showing off new proton pistols and a ghost shredder, Ghostbusters feels like it’s airing on QVC. The limiting pay-off is worse still – abysmal, expository screen writing. 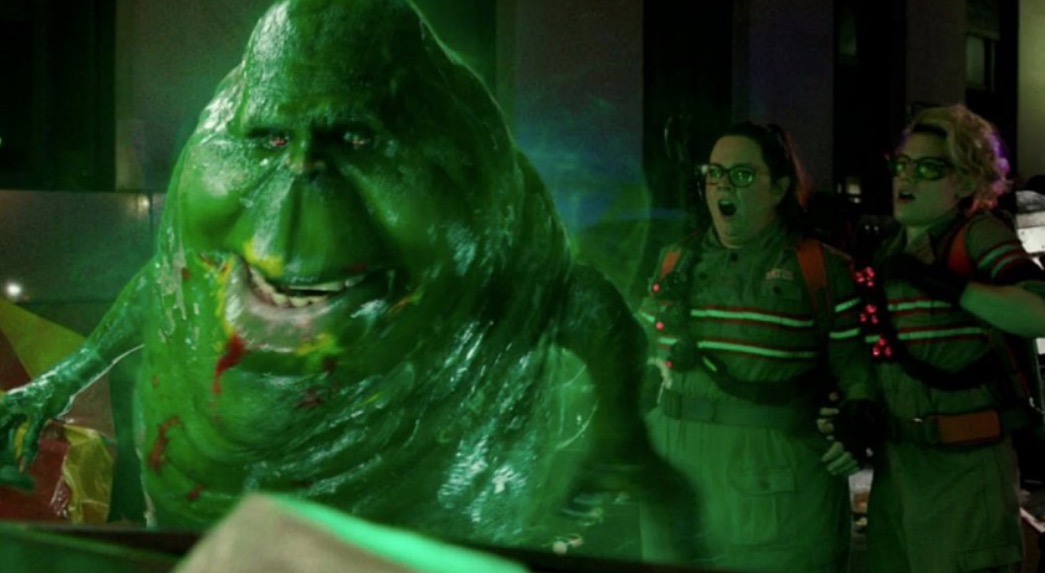 At its worst, Ghostbusters subscribes to “because it looks cool,” designs, with an updated ghost trap carrying an impractical pop-out trigger mechanism. At its best, proton stream buzzing as the crew chases ghosts down a hallway, the spirit of the original two film’s action feels fresh.

Its impact is but a blip, commercialized meh which cannot stand-out in a rather rotten season at the movies.

There’s a sense in those moments the creative team understood the appeal leading into a reboot. Some, anyway. When not literally smushed by Ghostbusters iconography, the core tenants are there. The passage of cinematic time and changing audience expectations says be louder. Be aggressive and jumble together visuals less viewers have a minutes rest. If they have spare seconds to think, they’ll latch onto the plot and logic holes. As cinemagoers, we’ve lost patience and we’ve lost the art of slower, better cooked comedy for the sake of fart jokes on tape. Subtly was an art, and in summer popcorn movies, it’s a dead one.

For its lead-up and how needed this movie was for the sake of putting more women into action roles, Ghostbusters doesn’t have the lasting appeal. Its impact is but a blip, commercialized meh which cannot stand-out in a rather rotten season at the movies.

There’s no greater purpose to Ghostbusters, much as people attempted to tow the company line before seeing it. Social pressures created a bizarre, aimless us-versus-them campaign. People were concerned more for the profitability of big money corporate products than the real world social issues Ghostbusters supposedly stood for, which somehow a $15 movie ticket could fix. How ludicrous. 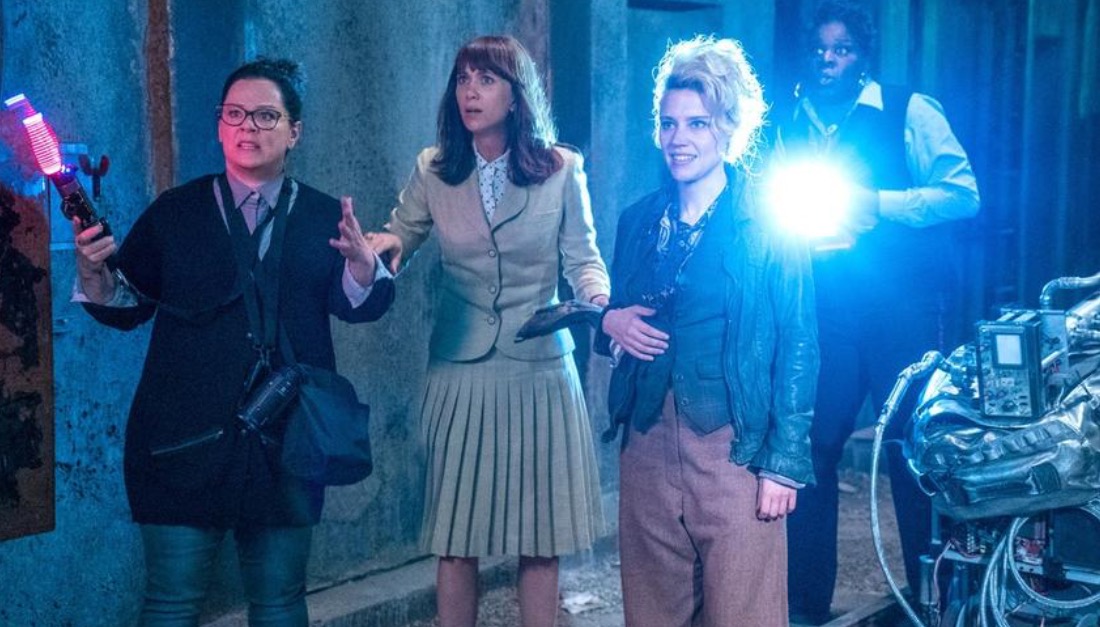 The exterior narrative never concerned itself with the film’s fiction – since it’s indefensible – rather those angrily clicking a thumbs down icon on a YouTube movie commercial. Interestingly, the new women-led comedy Bad Moms, hit with the same gender-based fury in the comments of its trailer, drew no large media ire.

Barely inspired and relentlessly childish, the Ghostbusters reboot fans flames but doesn’t do anything to deserve the heat.