Vince Vaughn spends much of Term Life scared of being seen. Supposedly, Vaughn runs from killers and criminals trying to track him down. More likely, Vaughn’s terrified of someone spotting him with his scraggly pedophile-esque hairstyle.

Vaughn’s wrong for this movie. Frumpy hair or otherwise, this role fits a fading action star – which Vaughn is not. In one key action scene, close-up editing and dire choreography leave the tension at nill. Few have ever jumped through a window so awkwardly as Vince Vaughn.

In the middle of Term Life rests a father/daughter drama, Vaughn playing dad to Hailee Steinfeld. As a quirky dad-connects-with-estranged-daughter story, Term Life almost has something. The two play off one another well, and in regards to the family drama, their arcs pan out. Term Life, separated from clumsy fighting scenes, projects a pokey father redemption story.

Then, when leading the chase/thriller segments, Vaughn suffocates under pressure. His charisma subdues and fast talking disappears, leaving him with a relatively bland crime salesman (?) and protective father to play. Around him are those of limited depth or straight cameos. Jon Favreau and Terrence Howard comprise minutes of total screen time. They exist to push the plot along where narration couldn’t, leaving Term Life aimlessly scattered but not hectic.

Everything else Term Life offers builds a lax, sloppy narrative. Riddled with expository narration and tenuous bit parts, the film comes across as confused, capturing either too much or too little of Nick Thornborrow’s graphic novel in an unsuccessful cross-media combo.

Jordi Molla, the middle villain of sorts, crafts his character from the litany of movie drug kingpins – soft, calming, then spoiled and unhinged when angered. Bill Paxton, top villain, isn’t more. Cold and uncaring, if one note and predictable. Term Life spills its entire self in minutes, leaving Vaughn to solve a mystery the audience already unpacked.

Cast listings read impressively, ultimately sandwiched in a movie too rushed and lacking clear style. If not named after an insurance policy peddled during daytime TV, Term Life wouldn’t have any staying power. 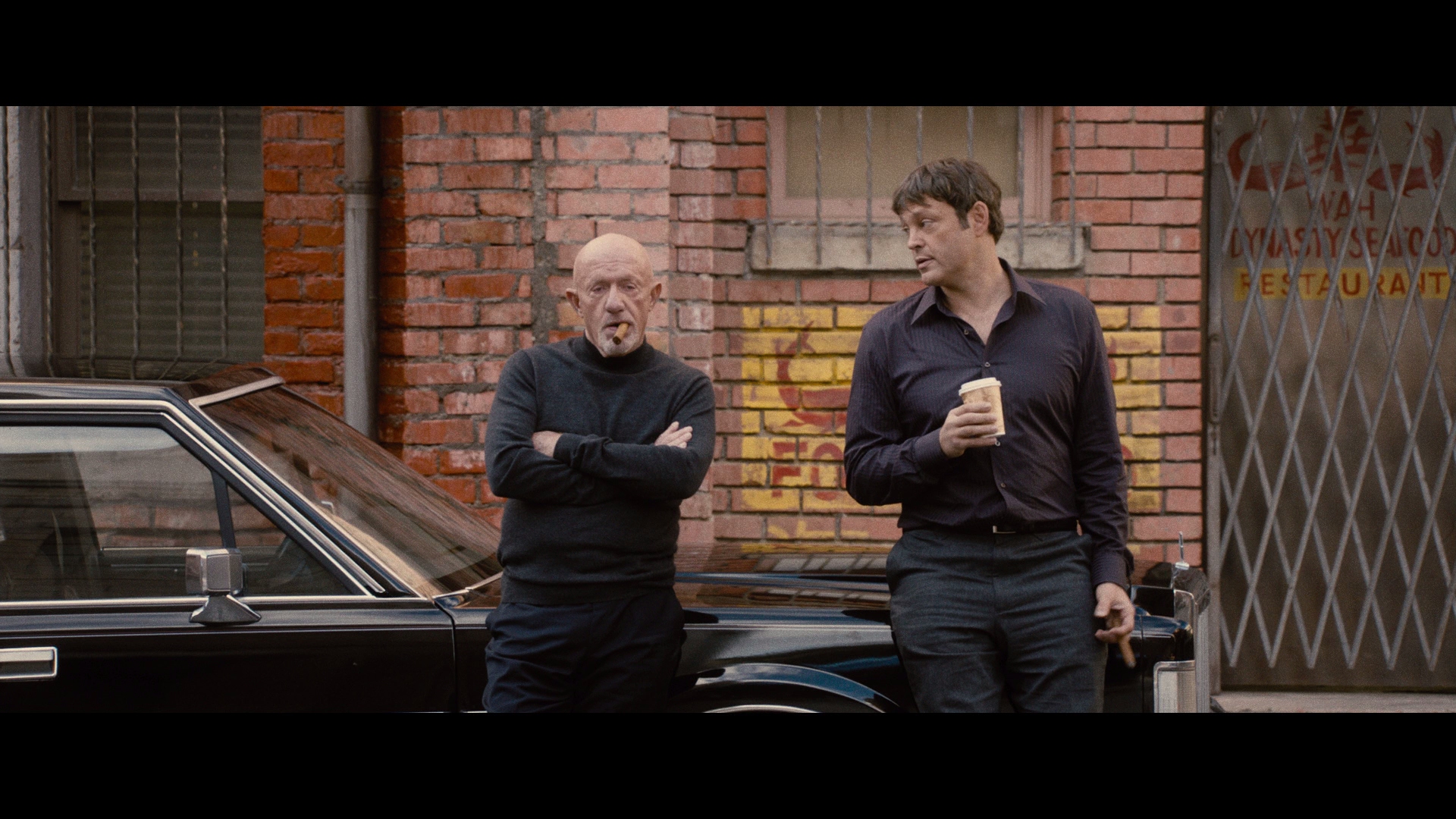 Term Life isn’t visually rotting, but veers from crisp to crushed. The thickness of noise varies – outdoors tend to read cleaner, insides not as much. Being fair, Universal’s encode fights a losing battle.

Late, cinematography turns aggressive. Close-ups flood the screen in substantial numbers. High-frequency masterial pours onto the screen. No amount of noise will set these scenes back. On the flip side, this is what Term Life (possibly) may have been without compression issues.

Sinking into a lower budget frame, DTS-HD support pushes primarily from the front soundstage. Luckily, this is wide stereo use. Opening action, including a hearty explosion, insinuates a better mix than this will become.

One major action scene, a roadside shoot-out, hardly acknowledges the rear channels. Later, inside an abandoned factory, bullets find reason to hit the surrounds, if still lacking the precision touch.

Don’t bother with the bonus menu. The two-minute A Family Affair is barely more than a trailer and the lone extra.