There’s inherent narcissism to Whiskey Tango Foxtrot’s humor. Reporter Kim Baker (Tina Fey) becomes irritated at the conditions around her unwelcome assignment in Afghanistan, ignoring the legions of people around her being blown up. While recording a story, she does an “eww” face at someone’s crushed hand under rubble, insinuating that seeing the hand is worse than to be the person attached to the hand. In context of an adapted true story, the humor cannot escape from its real world conditions.

Tina Fey nearly saves Whiskey Tango Foxtrot. Her relentless sarcasm clashes American and Afghan values. Fey lights up inequality even in her own journalistic circles, let alone the foreign culture. If the film catches on anything, it’s a bold statement of discrimination in various degrees. And yes, the surreal differences between societies are remarkable. It’s how they’re highlighted which crushes Whiskey Tango Foxtrot. Alfred Molina plays Ali Massoud Sadiq, 2016’s equivalent to black face. Why or how that casting survived the creative process remains unknown.

As a film intending to show some realities within the Afghan war front, it’s a total failure. If it works, it’s Baker’s own naivety in traveling with soldiers – thinking a bright orange backpack in a warzone would be appropriate. Otherwise, the shock of it all comes across as misplaced. The longer Baker stays, the more she understands. Her experience pays off, but Whiskey Tango Foxtrot diverts the attention to romance rather than empathy.

Kim Baker comes to accept her wartime position. She sees the importance of post-9/11 coverage even as network ratings drop and they refuse to air her reports. But Whiskey Tango Foxtrot cares more for her flirtatious relationship with Scottish photojournalist Iain MacKalpie (Martin Freeman), igniting a crude and raunchy slate of dialog which is funny, if not in this context. There have been school bombings and roadside shootings. A dodgy relationship seems of little importance compared to a news network ignoring their journalistic duties.

Whiskey Tango Foxtrot has an interesting comedic lens. It’s relentless and sure of itself, certainly timed well with aggressive language, but all feels egregiously misplaced and near-sighted. Bombs and guns fire in the backdrop while Baker’s problem is a shaky Skype connection to her almost-serious boyfriend. That’s not culture shock – it’s a total indifference to the events happening around her. 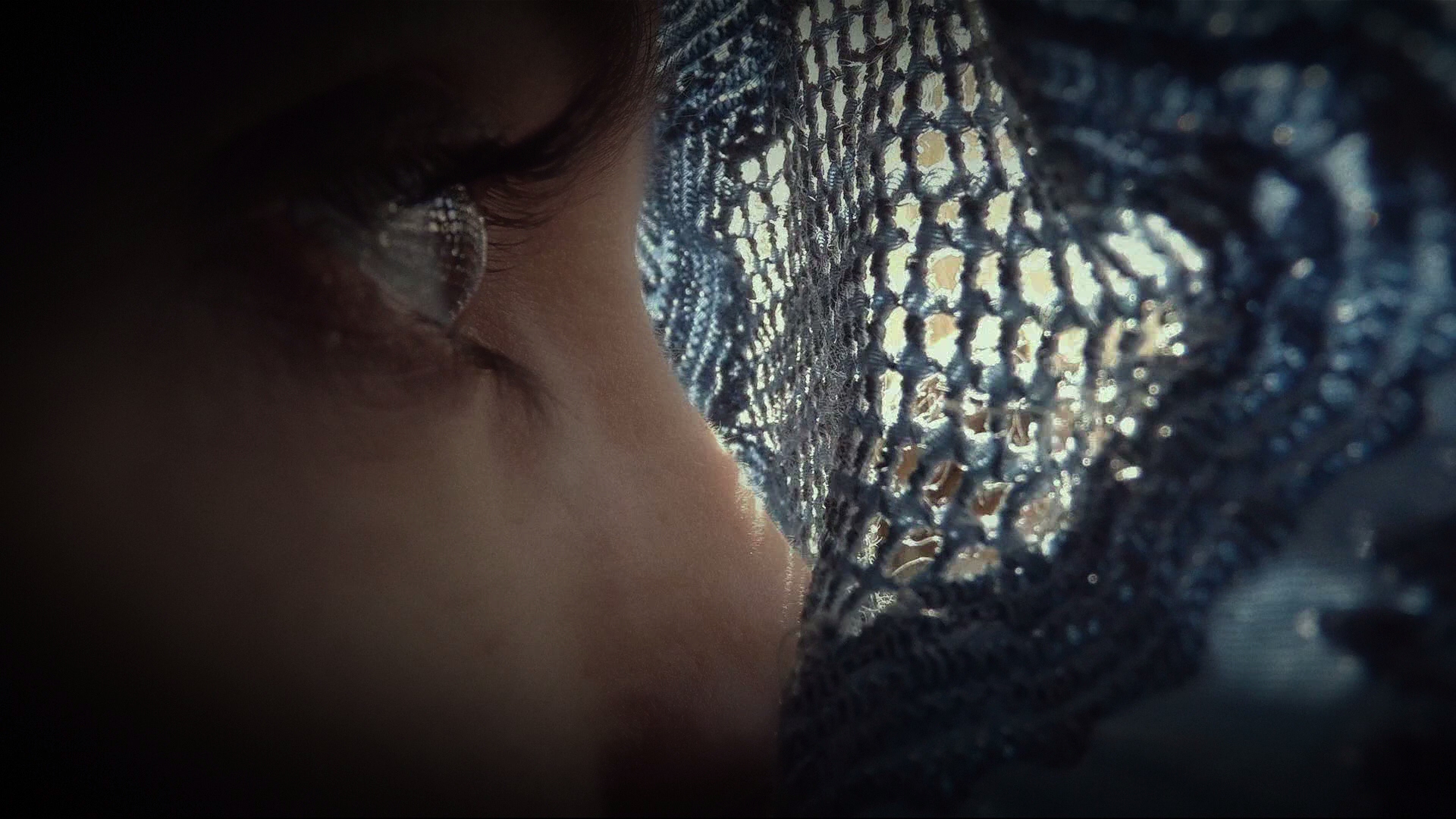 While generally clear and pulled from a digital source, mounting problems occur with this transfer. Whether at the source (most likely) or the compression (less likely), the screen swarms with buzzy, irritating noise at night. Artifacts swell and not to a slight degree. These are visible blocks akin to cable broadcasts. Lost is the texture and definition sinks. Anytime the camera faces darkness, noise steps in.

With the exception of stock, low resolution airport footage, the rest of Whiskey Tango Foxtrot appears fine. Detail, while not extensive, does make a showing. Exceptional views of New Mexico – standing in for Afghanistan – create incredibly rich aerials. Desert sun casts a warm glow to most of the movie. In the final frames, back in the US, saturation increases, especially greens. The accentuation has definite purpose.

Dense black levels create significant depth. Although not enough to dodge all of the noise, shadows help cover up some of the concerns. Nighttime party festivities remain impressive, if not for their detail than density.

A monster DTS-X/DTS-HD track creates the full sense of being in a war torn country. The soundstage makes an immediate impact with a loud party and exterior explosion. This feeds into an incredible newsroom environment, flooded with chaos like phones ringing and people yelling over each other in every channel.

Positional use doesn’t subside. There are ambient helicopters overhead, airplane interiors, cannons being fired, and desert shoot-outs. Strong stereo usage creates a full breadth of activity in all directions and with incredible consistency. In terms of the low-end, LFE support is substantial when needed. Resulting dynamic range is exquisite.

Anyone who has viewed a number of bonus featurettes will be onto the mundane All In. This typical and story recapping piece runs 14-minutes with few highlights. War Reporter (5:15) interviews the real Kim Baker, whose stories carry more honesty and better tonality than what’s in the film. Military support on the film set works into Embedded in Reality (6:23), with Wedding Party discussing the authenticity of this scene for a little over five minutes.

Of some value is Laughing Matters, attempting to pick at the humor and its placement in the story. It’s short but finds some reasoning. Four deleted scenes and extended wedding footage wrap this one up.