Stop motion in the spotlight

The highlights of Special Effects Titan come as lost Ray Harryhausen animation displays on screen, footage discovered buried in his garage sometime in 2008. To see newly restored moments from The Beast from 20,000 Fathoms or 20 Million Miles to Earth is jaw-dropping. Unsurprisingly, even these seconds long clips of test footage are as immaculate in their detail as the finished films.

Information on Harryhausen’s personal life stays minimal in this documentary. The same goes for written works concerning the famed stop motion animator. Special Effects Titan immediately jumps into his cinematic aspirations gained from a young age, then trots out discussion of his films in sequential order. Interspersed are images of his models as they sit today – some unavoidably crumbling, some gorgeously preserved – and discussion of visual effects from noted filmmakers.

While Special Effects Titan doles out its praise for Harryhausen’s lineage of monsters (and all of it deserved) the documentary shifts the conversation to some enthralling discussions of then-versus-now visual effects. Phil Tippett notes the lack of personal investment in computer images. Dennis Muren sulks when mentioning the sheer saturation of special effects – “They’re not special anymore.” These ruminations on a changing industry extend the potential reach of Special Effects Titan beyond films of the ’50s, ’60s, and ’70s. Harryhausen devotees who know the familiar stories of his features can chew on these lively debates and freshly found footage.

Special Effects Titan ebbs and flows rapidly… extending beyond the films themselves.

Each of Harryhausen’s films warrant a full documentary on their own. At 97 minutes, that won’t be the case here. Special Effects Titan ebbs and flows rapidly, cutting through pieces with relevant chatter, extending beyond the films themselves. It’s a difficult balance of time management. Guillermo Del Toro will fondly recall his Harryhausen influences, Harryhausen then tells his own stories, then the transition into another major speaker – maybe Steven Spielberg or Joe Dante. The value of each cannot be overstated. Trimming interviews of anyone was likely excruciating.

Between books, Harryhausen DVD/Blu-ray commentaries, and previous featurettes, Special Effects Titan isn’t particularly illuminating to those engrossed in the animator’s work. Tragic too is the visible budget crunch. High-ranking Hollywood elite speak with reverence for Harryhausen, yet none of them appeared to have added to the funding.

Although certainly a trick of the editor, Special Effects Titan’s head nodding moment features James Cameron speaking on how Harryhausen would use the tools available to him today, then cutting to Harryhausen saying – at length – saying no in his own wise, mature, and professional way. It’s not always reality we seek in films, it’s escapism and fantasy which Harryhausen understood better than anyone. From this feature, it’s clear many appreciated his aptitude. 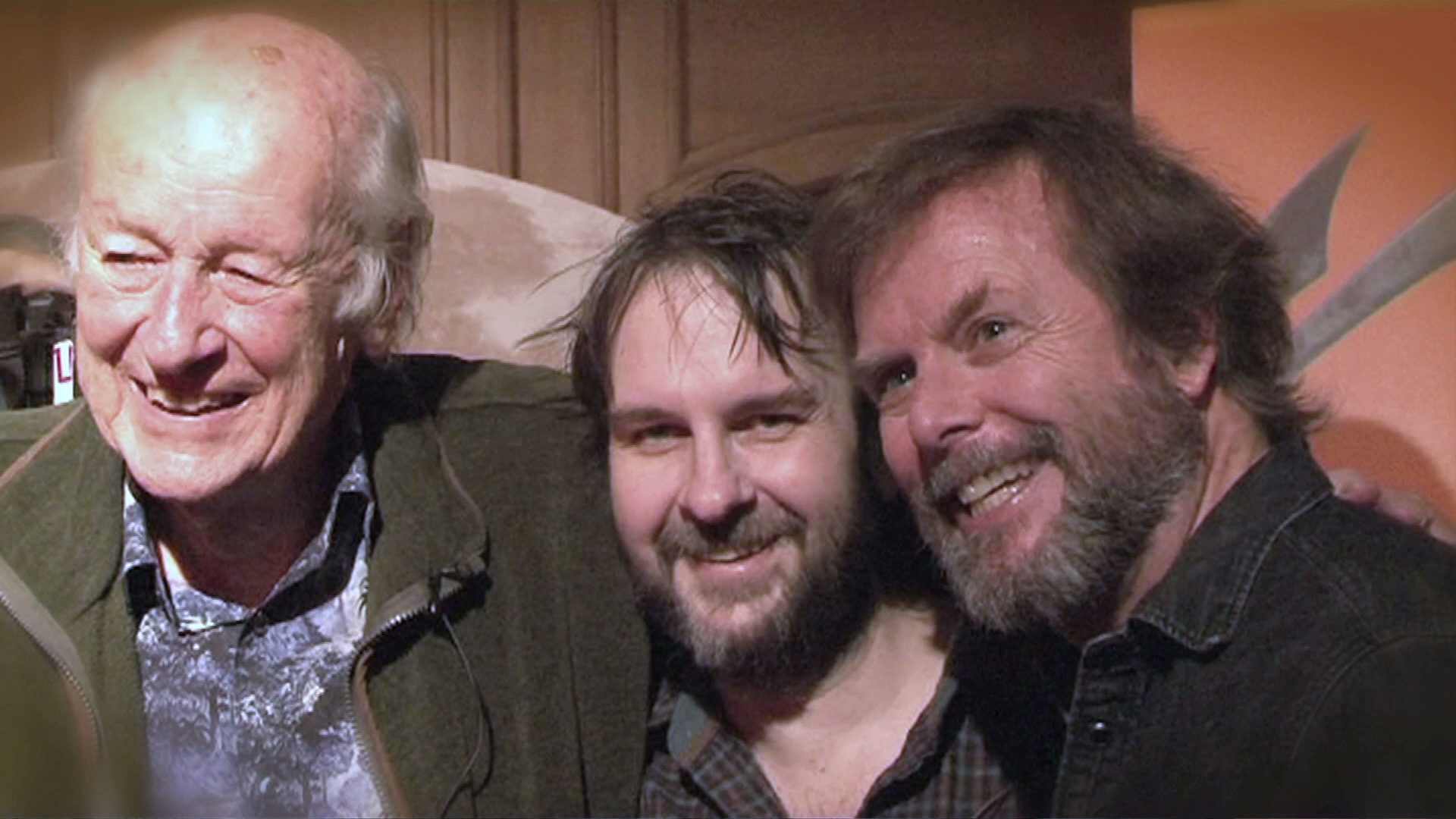 To say Special Effects Titan has a consistent presentation would be incorrect. Each new interview brings about another look, some in SD, some HD. There’s blown out lighting, soft lighting, professional set-ups, interlaced video, still images, and trailer footage. No common denominator exists.

Luckily the documentary’s highlight, freshly found and restored animation test reels, appear in excellent condition. Their clarity is immaculate. Scanned at appreciable resolution, where possible, they can match the masters used for the full films. In the case of Beast from 20,000 Fathoms, that’s great.

The jump to Blu-ray over broadcast or DVD comes from those moments and still photos. Upscaling the SD sources yields no benefit. Source compression remains in some cases, adding problems to the aliasing and interlacing already inherent. Also, while copyright was undoubtedly a nightmare, it’s a shame much of the finished film footage comes from heavily aged trailers rather than the gorgeous HD masters struck for those films. Since Special Effects Titan completed in 2011 and was in the works for years prior, those were likely the best source available at the time.

Copy the video qualms and change the tech lingo a bit for the audio. Since sources vary, so does the output of this PCM presentation. Despite the changes in location and quality (some appear recorded at conventions or screenings with background noise seeping in), balance stays consistent even if fidelity does not.

At least some of composer Bernard Hermann’s lush scores for Sinbad sound superlative.

Luckily, if the technical constraints are a problem, the slate of bonuses make up the difference. A commentary includes the documentary crew, interesting if nothing compared to what’s coming. A Treasure Trove goes inside the unboxing process of Harryhausen’s props near to the time they were set for public display. The smiles of those involved speaks volumes as to the impact of these films.

Four interviews, presumably ones cut from the finished documentary, include Edgar Wright, Simon Pegg, Peter Lord, and Rick Baker, running 15:43 combined. One dozen interview outtakes expand greatly on what’s in the final work, near an hour in total. A more personal touch are short messages to Ray, a collection of thank yous and personal anecdotes from the interview sessions. Additional materials cram into a deleted scenes section.

Some 8mm set footage from 7th Voyage of Sinbad (pieces of which made it into the full documentary) presents in full three minute form. Two Q&A sessions, one with the filmmakers from Paris (18:39) and another fun one with Ray in London (8:58), have some fluctuating volume. Some trailers round out the disc.

Ray Harryhausen’s career highlights are presented throughout the excellent Special Effects Titan, an essential documentary on the stop motion animator