The Last Panthers is a deeply compelling, impressive television series from Europe. The intricately layered criminal drama is part heist and part international financial intrigue, all through the prism of current sociopolitical trends shaping European society from wealthy financiers to more overtly criminal gangs. Taking place in several different European countries and five different languages, it is inspired by the real-life drama of the Pink Panthers, a criminal group of professional jewel thieves that ran amok across the continent.

The Last Panthers has a smart, taut narrative which unfolds from a daring jewel heist in Marseille, France by Serbian criminals. The all-star ensemble cast has a string of formidable European names, from Samantha Morton and Goran Bogdan, to the ever reliable John Hurt. Goran Bogdan is the real break-out star from this production, coolly playing Milan Celik, a Serbian gangster known to his associates as the ‘Animal’ for his ruthless behavior. When the robbery escalates, he’s stuck trying to fence the stolen jewels. Tahir Rahim is Khalil, a French-Algerian police officer originally from the slums trying to track down one of the thieves in his old neighborhood. Khalil will soon discover a shocking connection between these criminals and their real backers that up-ends the idealistic cop’s investigation.

Samantha Morton is Naomi, the English insurance examiner sent to track down the stolen jewels worth over 15 million Euros. She’ll have to crisscross the continent in her search, ultimately taking her to Belgrade, home to Milan and his former associate, Zlatko. Zlatko is a crime boss trying to go legitimate, hoping to profit from Serbia’s entrance into the EU. The Last Panthers begins as a mere heist drama but expands into a sophisticated criminal underworld, exposing the deep web of ties between powerful financial forces in Europe and the more common-variety gangs that run guns and money across the continent.

The pay-off is well worth the wait.

Superbly acted and sharply directed, The Last Panthers is the kind of thoughtful television that is entertaining as well as edifying. From its tense opening heist with slickly conceived action, director Johan Renck and writer Jack Thorne build a carefully constructed world of complex characters with hidden connections, peeling the onion back layer by layer. It’s an impressive, thrilling piece of adult drama, grounded in a sweeping sense of cultural identity and authenticity.

Some viewers may get the impression from trailers this is a superficial action thriller. That may mislead less patient viewers into watching The Last Panthers and getting bored at times. The careful drama slowly builds each and every character, richly grounding them in their own worlds before smashing them together in surprising and unexpected ways. After the heart-racing heist in the first episode, The Last Panthers moves with less obvious pacing. The pay-off is well worth the wait.

For some reason American television rarely attempts this kind of dramatic, ambitious storytelling. The Last Panthers turns the world of professional thieves across Europe into a gritty character piece with some action, led by a superb cast and slick direction. A lot of thought has been put into making The Last Panthers a truly memorable series, including a theme song ‘Blackstar’ by David Bowie, one of his final released songs. 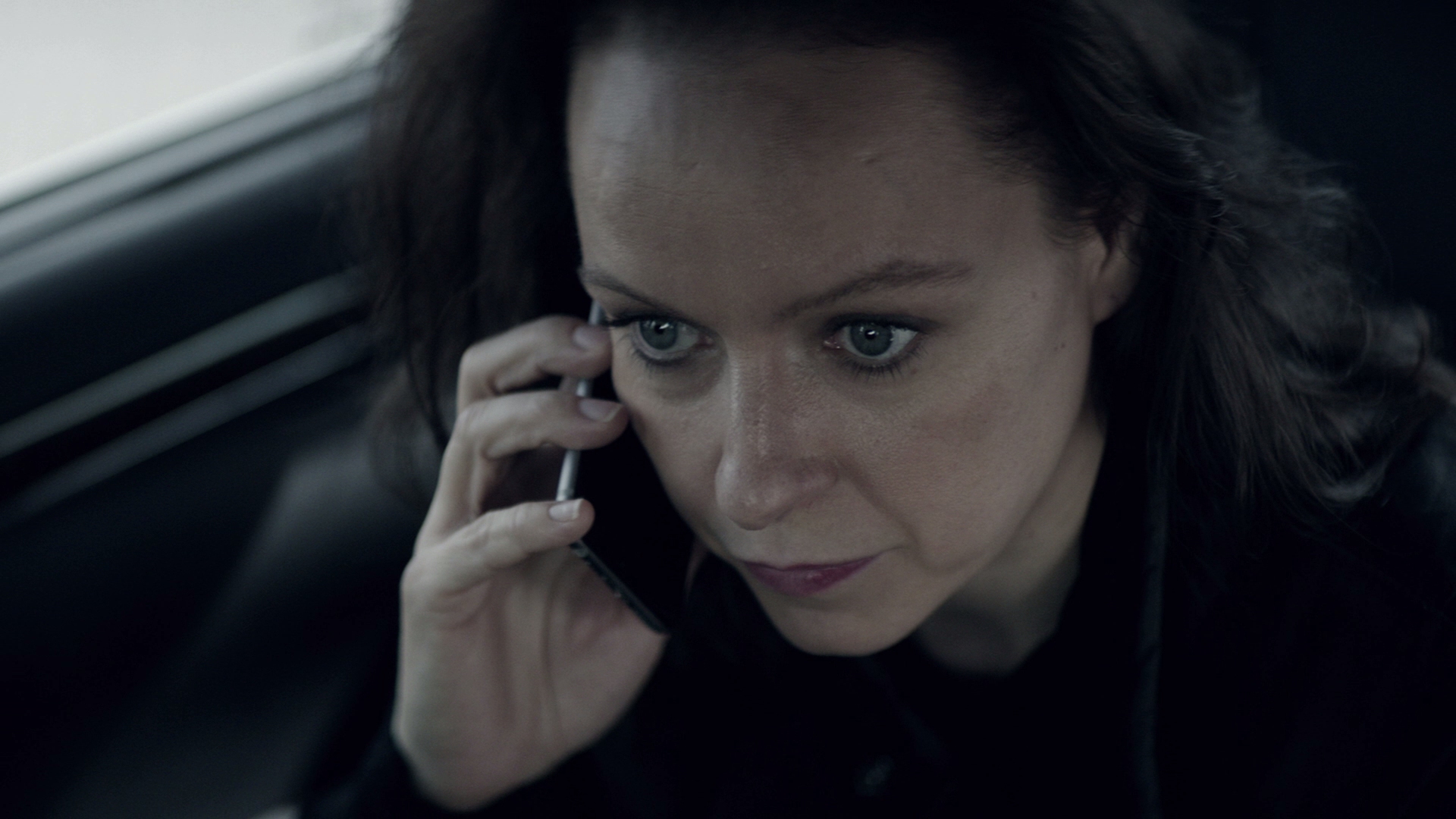 Houston, we have a problem. The intricate European crime thriller should look fantastic on Blu-ray. Distributor Acorn Media has apparently taken the heavily cropped and altered HD master made for SundanceTV’s broadcast as their source. Swedish director Johan Renck carefully shot and composed this television mini-series in anamorphic scope at the standard 2.39:1 aspect ratio. You can tell that in the signature opening credits, which feature Bowie’s theme song for the show, and his comments in the special features, which actually show that aspect ratio.

This Acorn Media Blu-ray’s presentation has a much different 1.78:1 widescreen aspect ratio, presumably made at SundanceTV’s original request. Without direct knowledge, I’ll speculate the show was filmed using 3-perf Super 35. The UK Blu-ray release by a different distributor does feature the correct scope framing. The highly changed composition looks vastly different in effect, making it feel less like a theatrical feature and more like a low-rent television production.

So is the altered framing of this presentation a deal-breaker? I would guess untrained viewers will hardly notice the problem unless they have a keen sense of cinematic composition. It’s still a major error, but one that most viewers will simply gloss over. While dramatic, there are only a few egregious examples of noticeable mistakes with the framing.

The six episodes are spread evenly over two BD-50s in fine AVC compression with just a hint of blocking and banding. This is fairly sharp video with the typical muted palette that has become so common in criminal dramas and thrillers. The desaturated colors lack the burning contrast and hot flesh-tones of more pumped-up HD video.

Flashbacks employ a much grittier aesthetic, introducing more grain and fuzz into the picture. Definition and clarity are impressive in close-ups, enhanced by an incredibly short focal length to the cinematography. Backgrounds near the top edge are strangely soft in certain shots, possibly a side effect leftover from altering the intended aspect ratio.

The 5.1 DTS-HD MA soundtrack is a quiet affair during the dialogue-driven passages but is subtly effective during the more action-intensive moments. The sonic highlight is probably its extended opening scene, the high-stakes jewel heist that runs through the streets of Marseille. It is a discrete mix that adds atmosphere and smooth musical fidelity, nicely mastered with a warmish bloom and decent separation. Probably the most notable thing about this soundtrack is the inclusion of David Bowie’s haunting ‘Blackstar’ as its opening theme song, a song from his last album.

Several languages are heard during The Last Panthers, predominantly French and English. All non-English dialogue is translated by permanent white subtitles that cannot be turned off. Optional English SDH subtitles display in a white font as well, working in conjunction with the permanent English subtitles.

Acorn Media includes a well-rounded selection of featurettes, apparently made for the British market since everything is heard in English. A fine slipcover with raised lettering makes for an attractive package.

A World of Crime (05:08 in HD) Writer Jack Thorne and a couple of producers discuss their fascination with the rise of professional jewel thieves in the 1990s and how it led to making this series.

The Director’s Vision (05:20 in HD) – Swedish director Johan Renck helmed every episode and discusses his approach to this material and how he handles actors, among other things. Some interesting on-set footage shows his working process.

Executing a Heist (04:23 in HD) – The crew goes over making the opening heist scene and their reaction to spicing it up.

The Cop, The Thief and The Insurance Investigator (05:58 in HD) – Samantha Morton and Tahar Rahim discuss their characters in these interviews, mixed together with clips of behind-the-scenes footage and other comments.

Samantha Morton and an all-star Euro cast headline this invigorating, ensemble criminal thriller that moves all over the continent.

Note: Patreon supporters can view these images as .pngs and gain access to an exclusive screen capture.