Following the Wayne’s World pairing with Mike Meyers, Dana Carvey turned solo for the thin crime caper Clean Slate, a movie smothered by its quirks of the decade. Carvey’s Maurice Pogue doesn’t have the personality of Garth or Carvey’s other characters, repetitiously bombarded by Clean Slate’s singular gag – he loses his memory every morning.

Tonalities are everywhere. Carvey plays things low-key, awkward, dim witted, smart; each scene feels interrupted by a different style. His character changes to suit the script. Gags stretch on aimlessly, continuing to swim the waters of Pogue’s unfortunate memory condition. Despite a rash of last-minute twists, the ponderous and eventually obvious march toward the contrived courtroom clash has little zip.

Clean Slate veers exhausting, begging for a firm editor. Situations are often aimless. Pogue gives a confused birthday speech for five extended minutes and that’s the first zinger of the movie. It’s not creative either. Amnesia stories are flushed with identical scenarios. Most of Clean Slate uses the memory loss for exposition.

The ’90s vomited these comedies – a mobster villain, important item(s) of note, and a few million dollars. Add in a lead forced to change identities on the fly plus a dog for comedic relief and the plot descriptions fits 30 or more. Carvey’s presence is too limited to make something of the strained material, a comedian made for TV if not solo theatrical outings.

Time is spent begging Pogue to remember a detail. He leaves recordings from the previous day for every morning, yet appears to have left nothing of magnitude until the film is underway. His entire case against the power mad crime boss pieces together in Clean Slate’s short week, a couple of in-movie days pushed along by PG-13 sex romps and stumbling in-person meetings. The reveals are not worth the time and the gags are too frequently dire. 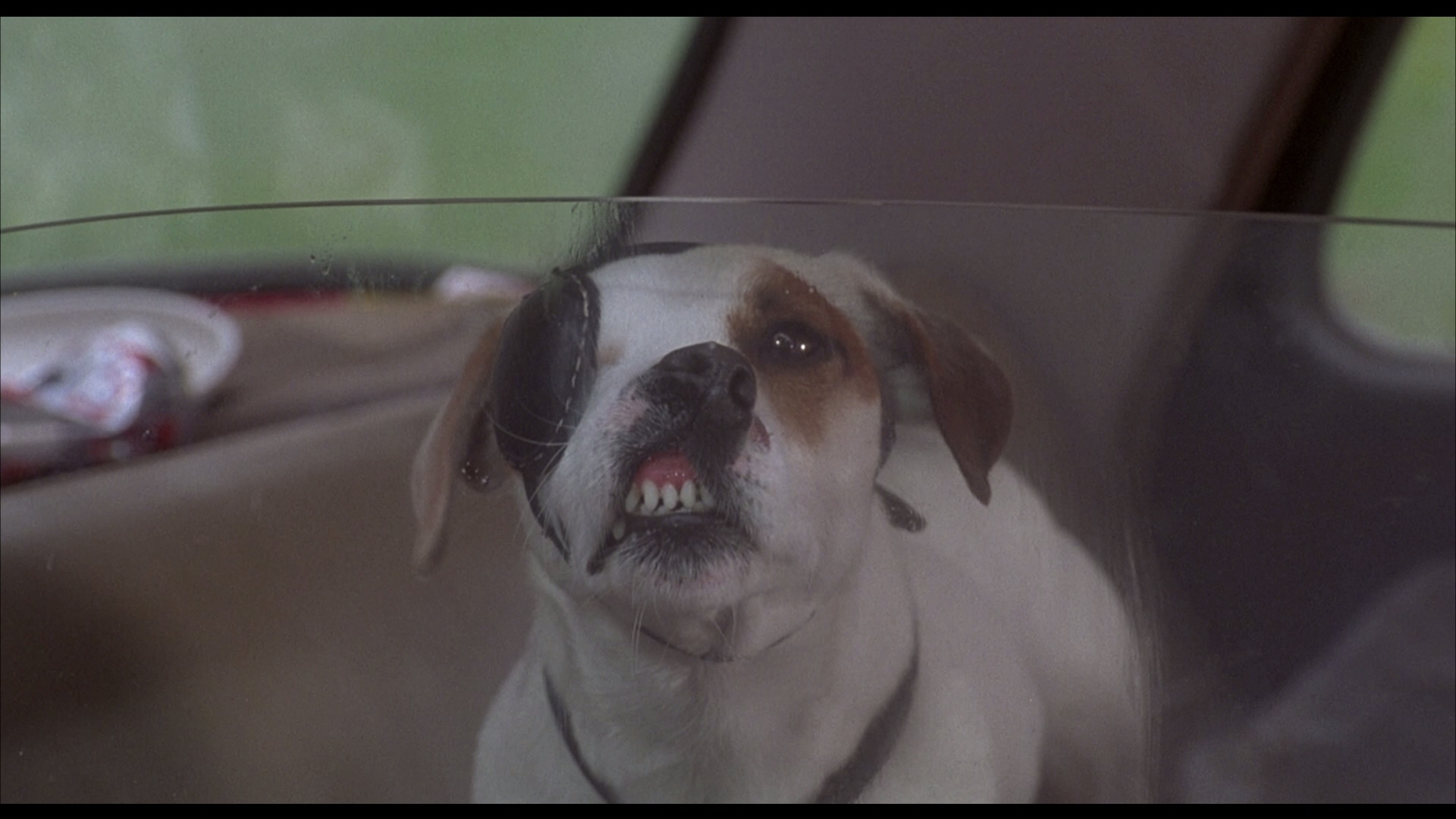 Olive’s Blu-ray appears to have equal contempt for the film, released with dated mastering techniques. While close-ups may preserve some fine detail, anything with distance shows off middling resolution. Either Clean Slate comes from an early HD master or the one used for a DVD release. Differences between the two would be negligible.

Opening credits show some ringing. It doesn’t disappear into the main feature, one sign of processing in a transfer with many. Grain has no presence and a light smear indicates some noise reduction was applied. The level of softness correlates too.

Some years on, Clean Slate is showing a fade. Primaries have lost whatever vibrancy they originally carried. Flesh tones push toward a magenta hue. There will be no help from the contrast either, deadened unless a few scenes on a pier count for anything. Shadows have depth at least, if not much.

Opening frames show more damage than the rest of the feature, although scratches and dirt remain a fixture for the full runtime. Olive gives the disc a quality treatment in terms of bitrate, but that compression energy is wasted on a low grade source.

Greeted by a DTS-HD stereo offering, listeners of Clean Slate will be able to catch a few channel extensions. Gunfire breaking through Pogue’s office carries a clean spread and a fashion show has some chipper onlookers. A few car chases have a little sonic vibrancy too.

There are no fidelity problems. Dialog is sharp and music clean. The damage noted on the video side doesn’t carry over.

Olive digs up the original trailer and includes it as the only bonus.