Ferrell and Wahlberg Strain for Laughs

Daddy’s Home opens with a product placement. Not a phone or computer logo in the background – Will Ferrell gives an entire speech about his car’s smooth ride and the features as he drives. It’s as if filmmakers were upset about being forced to include the ad, so they spit it out as a joke. Self-aware and funny even.

That self-awareness dies though. Both Wahlberg and Farrell play decent guys. Their qualities mesh. Linda Cardellini, lost in their biological dad/step dad feud, can pick ’em. Farrell’s overly emotional dad-loves-kids routine may clash with Wahlberg’s kids-like-candy parenting approach, yet the two get along despite a testicular tussle.

Will Ferrell is unusually muted except for a NBA halftime fiasco and Mark Wahlberg’s quiet manipulation has little energy. Daddy’s Home coasts until the final acts crank up toward absurdity.

There are minor tensions during bedtime stories. Arguments break out over a backyard skate ramp. Daddy’s Home seems to realize the fault, leading into a third act falling out involving $18,000 playoff tickets and April Christmases. The lack of reason goes against the stable set up.

Daddy’s Home is implicit – there are no wrong ways to parent. Appreciated, if trapped in a borderline vulgar comedy difficult to take seriously. Besides, messages are learned after a fourth grade girl is punched, leading to a dance off (?) where everyone is happy a fourth grade girl was punched. Weird.

The bogus, childish displays of masculinity lead to a few gags of note…

The two leads command a certain box office. Daddy’s Home drew an audience. Closing moments insinuate a possible sequel where upper middle class suburbia is once again tainted by a brawl over parenting. The bogus, childish displays of masculinity lead to a few gags of note, most of those drifting enjoyably off-color which is where Daddy’s Home should have parked. Wipe away the smiles though – this conflict generally plays friendly.

Oh, and the product placements keep coming. The car is acknowledged a second time a mere minute before the credits. Prior, there are phones, cameras, toys, and motorcycles. No one in the movie notices those. Daddy’s Home doesn’t play up to their level, or maybe sponsors didn’t pay enough. What begins on an irregular acknowledgment ends on the same. Everything in-between appears rational, odd since none of Ferrell’s comedies have ever skewed rational. 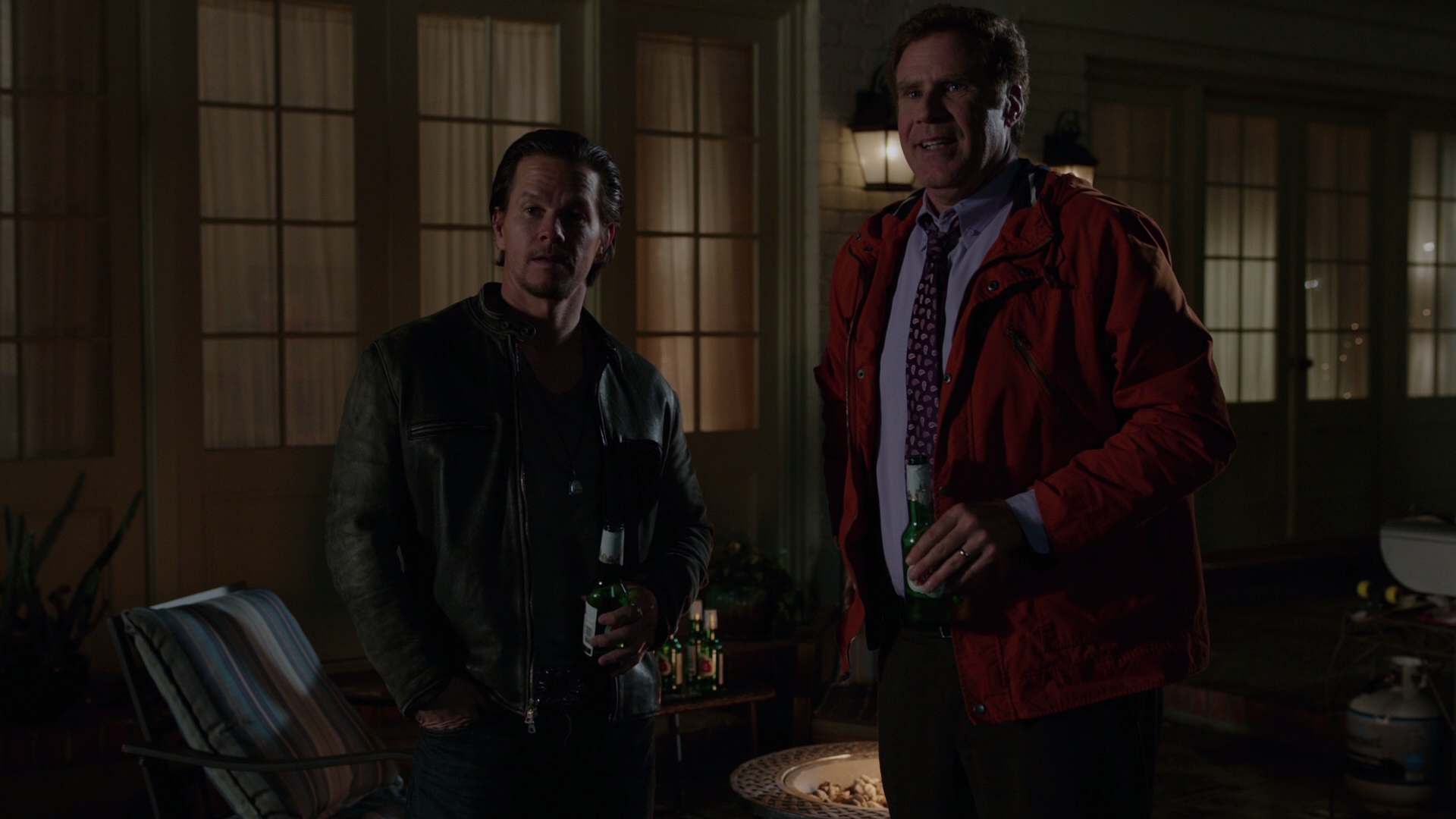 Going for an idyllic appearance, contrast will bloom frequently, taking chunks out of the otherwise dimensional cinematogaphy. Contrast is perky and colors swell. Flesh tones excel without feeling heavily altered by the intermediate phase.

Eradicated is high frequency information, producing a muddy mid-range where detail ceases to be. Ferrell wears a turtle neck partway through. In close, stitches in the fabric can be seen. When the camera pulls back, he’s suddenly wearing a solid blue shirt. Everything follows to form, especially faces. Linda Cardellini falls prey to a hefty digital filter no matter distance however.

In close, clarity excels, and exteriors are spectacular. Houses, streets, outside of a school; detail can be tremendous when the cinematography wants it to be. Most of Daddy’s Home has a rushed look from frequent comedy cinematographer Julio Macat though.

Another unlikely recipient of a DTS-X mix coming after Big Short, Daddy’s Home has a fine presence. Speakers carry firm placement. A skateboard session offers superlative stereo placement as riders take on a halfpipe. Stadiums and schools carry ambiance well, maybe too much so. Rears feel exaggerated and dialog low.

A few music tracks hit the low-end fiercely, which outside of a motorcycle engine revving will be the only use of the subwoofer. Still a competent and active example of comedy audio.

Bonuses break up into numerous features, each focusing on specific scenes. These should have been a single extra, connected to the basic 12-minute making-of. Instead, there are six different featurettes where the actors discuss the scene as if someone hasn’t seen the movie, interspersed with behind-the-scenes clips. On average, these are five minutes each and mostly fluff. Outtakes for one line – just one – earn their own section followed by deleted scenes.