What begins as a hokey, masculine story of fire swords and witches quickly winds down. Last Witch Hunter morphs into an investigation procedural where the undying Vin Diesel can poke around New York in search of clues. He barges into businesses, mumbles a tad, picks up some sidekicks, and then fights stuff. That’s all Last Witch Hunter has to go on.

Never does the film entrench itself within religious bindings. Those are mere suggestions. Rather, Last Witch Hunter pains itself to avoid correlation, ducking and dodging Catholicism for a worn muscle fantasy. Too much of the creative process is soaked with films of the past – Men in Black, but with witches. Ghostbusters, but with witches. NBC’s Grimm, but with Vin Diesel.

In preparation for its effects-drenched finish, Last Witch Hunter spends its time ambling between meet-and-greets. Some people develop, some don’t. Elijah Wood’s character is sent away for a portion, brought back when the plot needs him. Poor Michael Caine must narrate his backstory to imbue the film with some form of hurried fairy tale mythos. 800 years, truces, magic, etc. Like Underworld then, too.

It’s all quite loud, carrying the necessary bombast expected of a film with Diesel in the lead.

When Last Witch Hunter moves, the excitement turns perky. A slew of repetitive flashbacks on the part of Diesel’s Kaulder are relentless and overdone, slipped between rounds of shouting, monsters, and sword fights. It’s all quite loud, carrying the necessary bombast expected of a film with Diesel in the lead. Secondary, Diesel is wading through a pool of his own cliches – brainless action and dry dialogue.

Attention spans are sure to be challenged. Diesel’s good cop/bad cop routine grows weary as Last Witch Hunter erodes from a lack of narrative push. There are few given reasons to continue plodding through what’s offered unless you’re tuned into the studio executive view – witches and dark fairy tales sell. There are better ones to choose from though.

An attempt to make some divergent moves pushes Last Witch Hunter into contemporary times, a shift from the opening moments wherein Diesel sports an absurd beard. New York is of limited consequence as a backdrop. The sliver of evident technology disintegrates; this one is all swords and mysticism. Gadgets in this universe are mythical runes and plants used for spells. In 800 years, the process of killing evil hasn’t changed at all. Neither has Vin Diesel’s output. 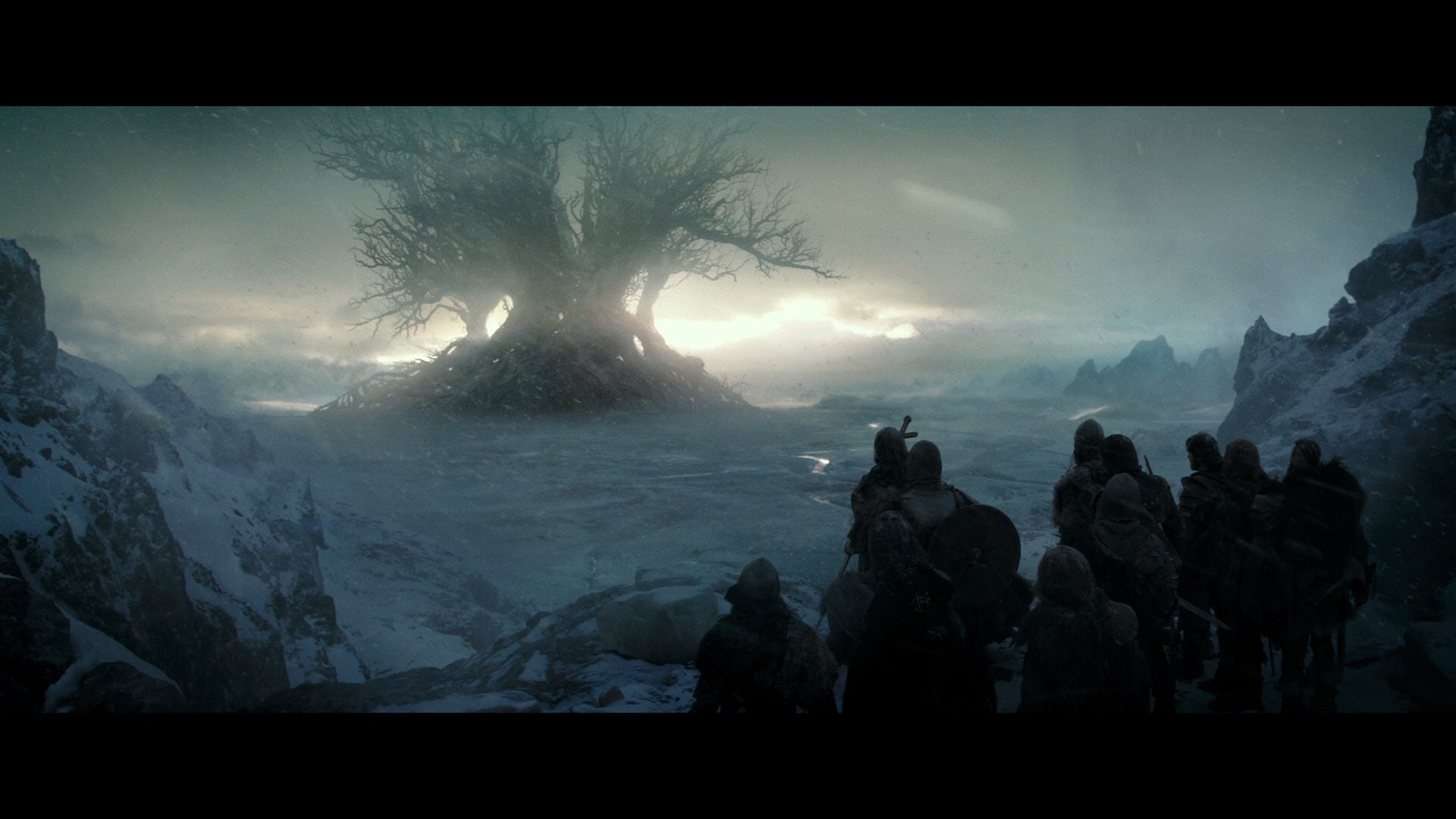 While favoring blues – especially during the closing chapter – color is a prominent fixture. Lush greenery and exacting flesh tones give Last Witch Hunter and unusual zest. Too many fantasy features flush themselves with monochrome palettes. This film is an exception. Help is also given in terms of contrast, lighting adept in producing extreme highlights. Image depth excels.

Cue additional assistance from the black levels. Save for a handful of shots late where the image becomes a touch heavy with crush, pure black is unrestricted. Last Witch Hunter is fond of darker scenes, book-ended by shadowy cinematography which benefits the high-end capabilities on display.

Nit-picky viewers will notice a few shots of Diesel appear smoothed over. They are quick shots. To reiterate, noise is evident in spots, especially during the brief trial sequence. It’s easily ignored. Summit has set Last Witch Hunter for a 4K Ultra HD debut and it’s primed to be a standout there, too.

Atmosphere is keen to be noticed in this DTS-HD 5.1 mix, a fine gesture if a downgrade from the Atmos 7.1 and Auro 11.1 theatrical presentations. Space is still established as a forest creaks and moans to the witch hunter’s presence. Flames soon erupt in a capable use of rear and front channels. Bass is hardly shy either.

Then audio mixing evaporates for the film’s investigative scenario. A flare-up here or there is nominal. The finale serves as a well-surrounded reminder of what the track is capable of, from a brawl with a prison monster and queen witch. Placement of the action within the soundfield appreciates accuracy in totality. Stereo channels are not ignored, nor are the rears. Knowing a better, richer mix exists takes a chunk of the fun away though.

Summit pushes the movie to Blu-ray with trailers serving as the only bonus.