Deadpool needs to exist. Rather, he needs to exist now, alongside the whirlpool of studio-safe superhero blockbusters where he can lampoon, laugh, and make reference to their stupidity. Someone – and that happened to be this character – had to unwind the gluttonous box office saga of Marvel and DC. His swords, metaphorical and literal, land where they need to.

Though it’s enjoyably packed with vulgar sarcasm, Deadpool still discloses the reality of Thor rocking another person with his mega-hammer. Here, it’s not a hammer, but a speeding car. Oh, and a highway sign. People are stabbed, burned, decapitated, eviscerated, and a bunch of other slicing-related words which end with “ed.” An R-rating and Deadpool were a pre-arranged marriage meant to be.

There are pacing problems to consider. Deadpool appears to believe the ball-punching Wade Wilson (Ryan Reynolds) can be a dramatic character. Even though it’s spiced up with Thanksgiving food sex, opening acts run headlong into the emotional barricade of an cancer-laden origin story. Not fun. Then for all of the enthusiastic genre mockery, Deadpool won’t even wink at the trite and flimsy damsel-in-distress finale; it becomes what it’s making fun of. 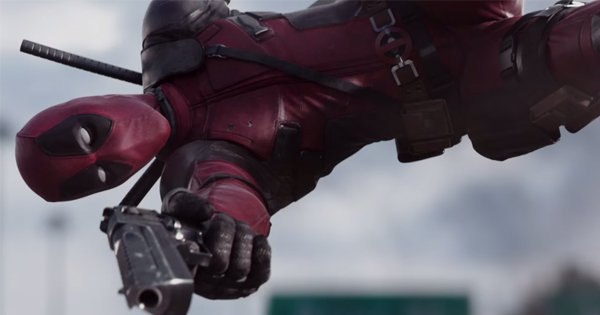 Our story is good versus evil. Hooray for simplicity. However, Deadpool is not a narrative simpleton. It’s smarter than the brash, cold, and dissonant exterior portrays. Deadpool battles Ajax (Ed Skrein) as much as he does the studio who distrusted the geekish property. He rants about budgets and pokes at licensing limitations, fighting off both years of doubt and months of in-movie torture for a right to wear his suit.

Take solace that Deadpool is cheaper though. One wonders if a $100 million Deadpool would sacrifice itself to the gods of visual effects. Don’t take that incorrectly: Deadpool is still enamored with the stuff, but tone and focus surround the title character as opposed to any digital spectacle. Being made to rely on unfriendly wit as opposed to miles of gunplay was a best case.

Enthusiasm for this property pours from each shot. 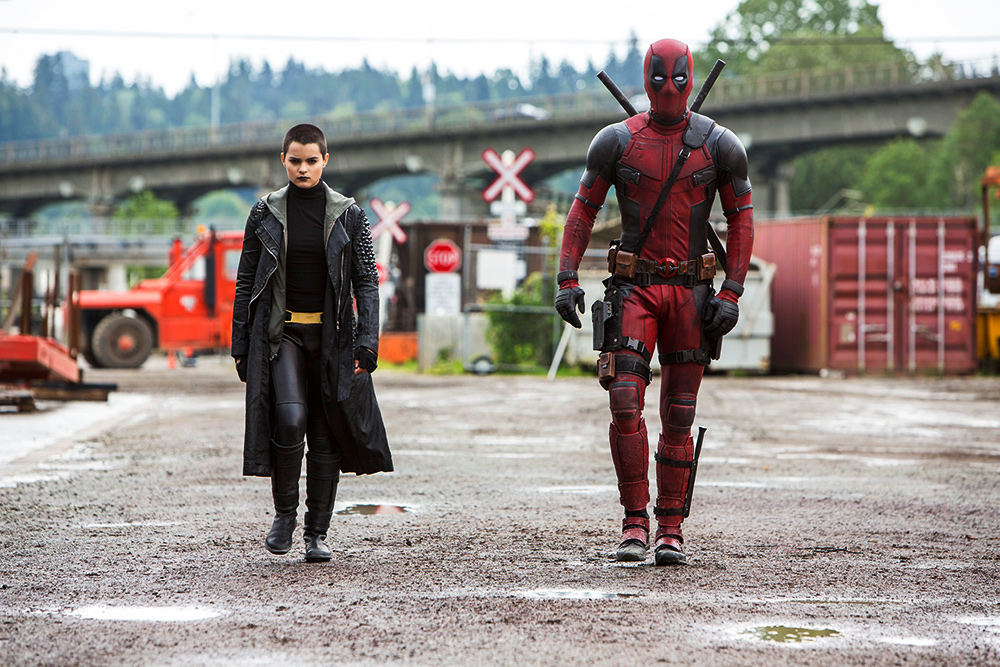 Except for any remaining Puritans, Deadpool should prove hard to dislike. Enthusiasm for this property and elation for the opportunity pours from each shot. Reynolds basks himself in front of the camera, supremely giddy like a school child being let off for summer vacation. Bedding him with nerd-famous Morena Baccarin creates the perfect comic couple.

Marketing and fourth wall breaking are arguably too meta. An audience paying to rebel against nay-saying corporate figureheads by seeing Deadpool – “the movie the studio didn’t want to make” or some such nonsense –  are simultaneously paying a salary. Involving lesser X-Men mutants only furthers the agenda. Never mind that jokes about throwing away cash on prior Reynolds superhero failures are totally okay; we’re all supposed to laugh at ourselves for expecting better.

A wink and a nod toward the sequel after the credits is too absurd to hate. Clever, but if falling for the marketing tactic means more Deadpool, all is well. We need him.