Straight Outta Compton changes perceptions. Media in the ’90s lashed out at NWA, casting the group in broad stereotypes, motivated, it appeared, by race. To some extent, Straight Outta Compton exist as the reverse, glancing any gang affiliations and violence to better situate Eazy-E (Jason Mitchell) where the narrative needs him, a contemporary folk hero of sorts for a swatch of people who were never otherwise heard outside of their neighborhoods.

Scripting falls prey to musical biopic cliches. Dramatic cues and switching allegiances are framed around the sub-genre’s predictable formalities. No one in the group was given screenplay duties and these events steer toward the theatrical as a result. The title album came from a place of reaction and authenticity. The underlying focus from this screen adaptation clearly comes from the perspective of an executive office and they’re hurtling to a finish too soon. Certain narrative events are glanced over rather than engaged with.

That hurts, yet Straight Outta Compton is frequented by powerhouse performances. Breakout stars form around O’Shea Jackson Jr., playing his father Ice Cube, and Corey Hawkins as Dr. Dre. The pair capture nuance and emotion while displaying a bond even as the group undermines its success with inner turmoil.

The anthem has served beyond its years, not a mere time capsule, but a lingering, powerful snapshot of political and racially charged brutality.

NWA’s story earns a cinematic spotlight with what is unlikely to be coincidental timing. Straight Outta Compton’s historical run through Rodney King’s saga still echoes. Socially, we’ve regressed. Compton’s capacity to show contrast between innocence and corruption is a bit part in the wider scope, yet necessary to ground the group’s appropriately angry “Fuck tha Police.” The anthem has served beyond its years, not a mere time capsule, but a lingering, powerful snapshot of political and racially charged brutality. Straight Outta Compton comes from a particular place and particular voice – “Fuck tha Police” defined the group’s impacting legacy.

Seeing people stomp on the group’s debut album, retaliation fueled by the same freedom of speech debates which often trail new media, is a striking image. An antagonistic, angry theme of urban youth goes unheard, serving to further frustrate – and sell additional albums. Media protesters never grasp their effect on publicity. Seeing NWA smile (“They had to buy all those records”) is a sly act of silent defiance. The segue into hotel room parties and booze becomes a show of personality.

If there is any grand success in the film, it’s the ability to humanize the members who were perceived as violent thugs in their prime. Snippets of media reports in Straight Outta Compton are brief, but enough to unveil the slant evident in public-facing coverage. Straight Outta Compton becomes a context film. There’s a story to recount, but more so, people who deserve to recognized as they were, not what they were made to be. 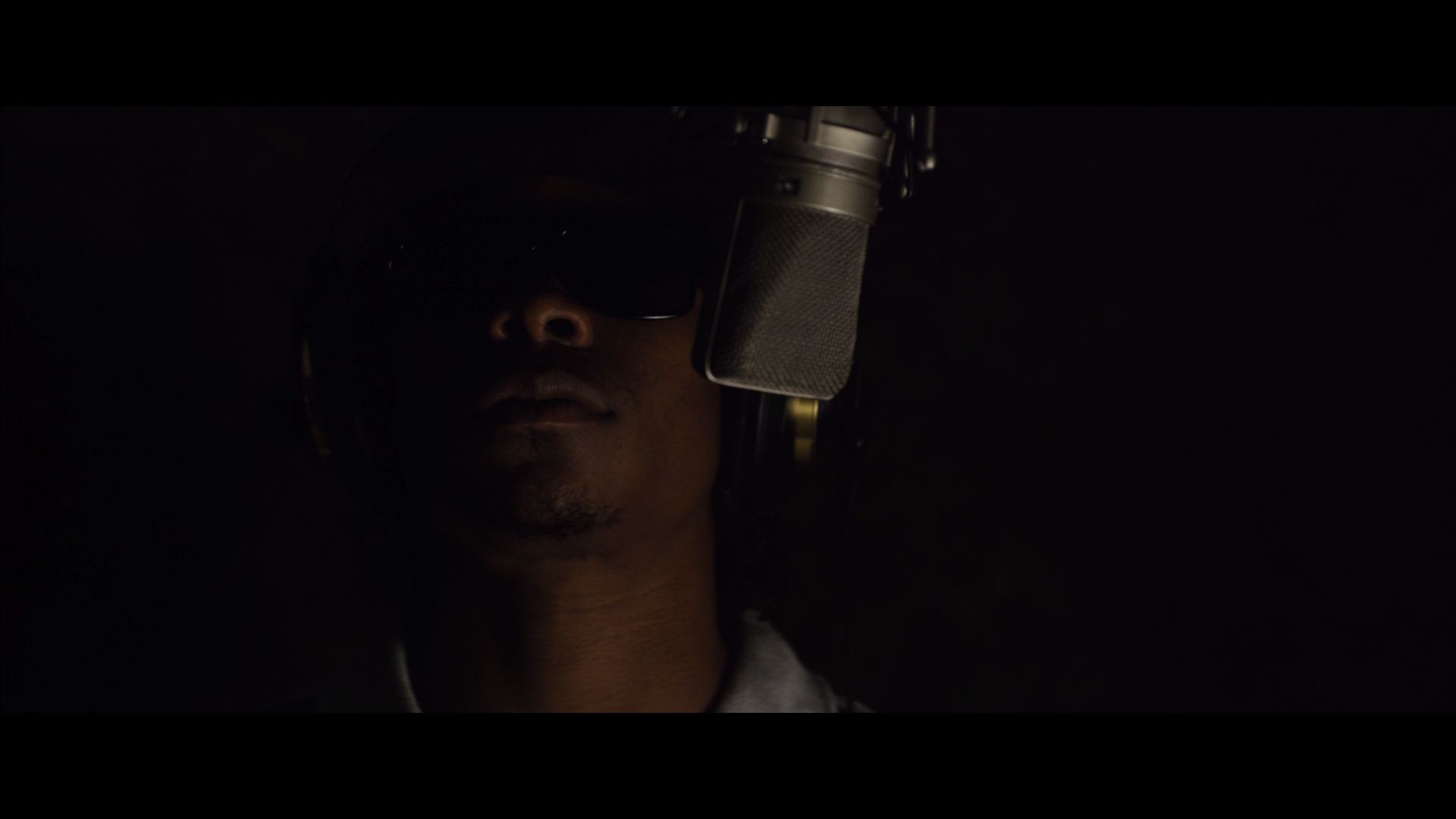 Rich in resolution, source images for Straight Outta Compton are flush with clarity. Their often dazzling quality maintains a strict sense of fidelity throughout. Close-ups maintain definition and a handful of exteriors are superlative. As the group grows in fame, their luxury homes expand and are showcased in full by this disc. Concert venues peer out from the stage, faces visible into the back rows.

Post-production color work skews the movie into oranges, dipping into blues for an emotional finish. Impact on primaries proves negligible. Cars and clothes are brightly saturated where necessary. Highlights never feel dulled because of the color tweaks.

Live performances take advantage of the DTS-HD soundstage, utilizing the strength of the low-end to propel these famous late ’80s tracks. An energetic crowd ups the excitement levels into the rears. Lyrics stream from the front channels and bounce from the surrounds, capturing an authentic atmosphere. Recording studio sessions carry the same energy, even without the addition of a crowd.

Straight Outta Compton begins instantly over the studio logos, tracking helicopters and voices between channels in an effective display of audio showmanship. The movie continues to utilize the rears for ambiance such as distant sirens or dogs barking. Neighborhoods are extended beyond the location shoot.

While surviving crew members are brought in to discuss their careers, bonus features are crushingly short, rarely beyond four minutes each. It’s a shame too. The content shows production value and class. For instance, Impact lets Ice Cube and Dr. Dre discuss the continuing relevance of the album, but for less than a minute. Extras take up two screens, but beyond the commentary (from director F. Gary Gray) and an eight-minute look at the performers, it’s a weak collection of thin featurettes.