Consider that Creed must seriously integrate the events of of Rocky IV’s gonzo Cold War spectacle. It must also accept that Rocky Balboa once purchased a six-foot tall robot. Those are hurdles. But, deftly, carefully, even cautiously, Creed is able to exhibit the sharpened rights of passage which bore each of the Rocky sequels from their outset. A pressured underdog, whipping through training montages, into a dazzling better-than-reality boxing spectacle. Formula, yes, but a fine one.

Creed’s world feels lived in. A legacy runs through its narrative veins. Importantly, this is not a legacy being exploited so much as it is one being used for preservation. We will always need Rocky in cinemas. It’s an essential layer of movie-dom. Stirring and emotional, good Rocky ducks the peculiarities of in-it-to-win-it sports movies for the sake of sterling, motivational life metaphors. As it turns out, it doesn’t necessarily need to be called Rocky to work. 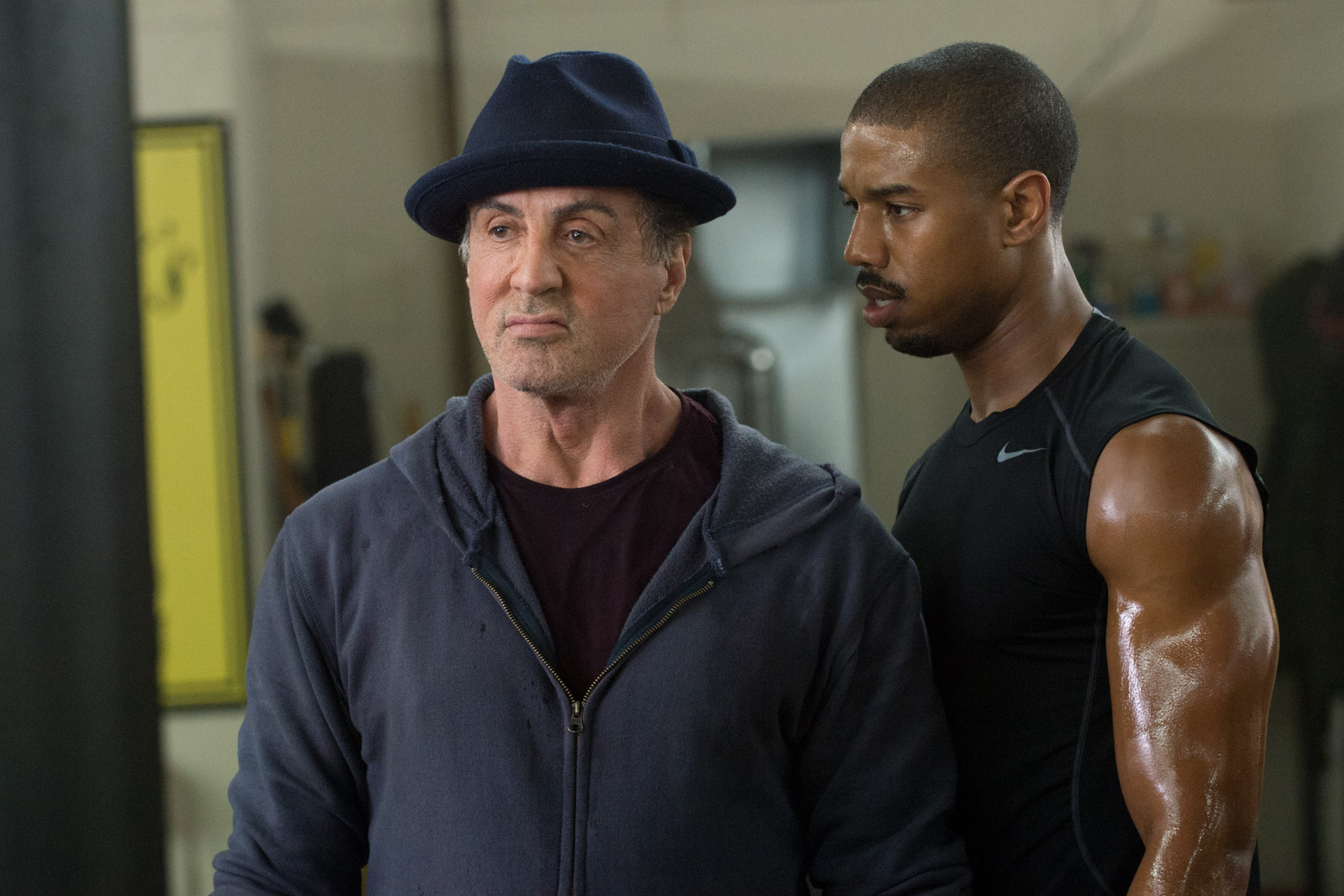 Stallone steps aside. He still stars – his Rocky has become less a fictional blip of pop culture and more authentic resident of Philadelphia. Directorial and writing goes to Fruitvale Station’s Ryan Coogler. The result is a different film of tone and form. Coogler’s urban approach is sympathetic to a father-less Adonis Creed, splashing onto the screen a story of life acceptance and remarkable discipline. In this, it’s still Rocky.

There is a skill and understanding running in the undercurrent of his character development to ensure adherence to the Rocky format.

Michael B. Jordan charges a performance aiming for a deserved Oscar, almost sideswiped by an aged equal in Stallone. Jordan’s Creed is a troubled personality following the death of his father in Rocky IV, while avoiding caricature and stereotyping. There is a skill and understanding running in the undercurrent of his character development to ensure adherence to the Rocky format. Creed’s world is not familiar and comfortable because of its nostalgic Philly backdrop (important as that is) so much as the events which occur within.

This is a film about someone we all want to be. Not only does an audience wish to connect with Rocky, but be Creed – an amplified public figure who is able to corral his personality and do what he legitimately loves. He never quits, never falters, and aside from unfortunate first pro fight jitters, never feels what he’s doing is wrong for him when the gloves are on. 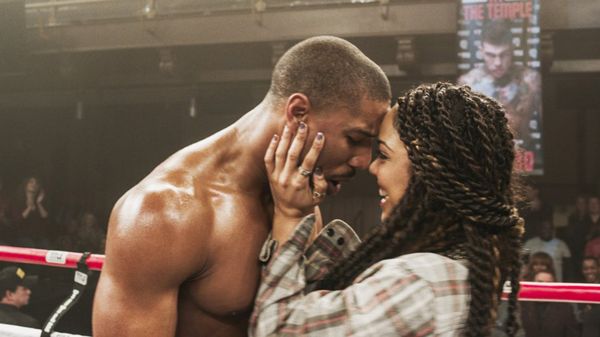 Creed is a difficult movie to digest – it’s inhaling all of the Rocky-verse and exhaling something fashionable. Usually, that’s treacherous studio territory. There is an unavoidable layer of marketability, a teetering fourth wall between a movie studio finding a way to continue an applauded, sacred franchise and within the film, Creed himself continuing his father’s legacy. But, Rocky survived Rocky V; this sequel-drenched saga could survive another blundered studio sequel, yet no harm comes anyway. Creed is more affectionate than exploitative.

The sport of boxing – crushed by dwindling popularity but without a loss of sizable dramatic value for the screen – has been infinitely photographed. Under Coogler, Creed withstands the barrage of boxing cinema. Partway through, it’s able to establish a distinctive voice, capturing the sport via an ingenious (seemingly impossible) two round master shot. By the end, Creed has melded effortlessly to the contemporary heft shared by Rocky Balboa, emblazoned with HBO logos and broadcast color. Authenticity is genuine.

Creed steps beyond boxing. All of the grandest films of this series do so. Rife with intensity, Coogler’s approach is superior drama. Cut Jordan’s believable in-ring material from the film and it loses nothing. And, as much as it does to elevate Creed the character into a sequel-primed limelight, it’s an insight into Rocky himself. Stepping into Creed is stepping into a restaurant and seeing an old friend, frail, older, but welcoming. Like old times.