Christmas: A time of family gatherings, being schnockered to deal with said family, and chainsawing the homeless Santa Claus you ran over with your truck. A Merry Friggin’ Christmas is a weird one.

It’s also Robin Williams’ last, giving the actor the role of Mitch Mitchler, a sour, erratic father figure who on Christmas Eve will need to bond with his well-to-do but estranged son Boyd (Joel McHale). Merry Friggin’ Christmas may as well be embossed with Hallmark’s logo given the set-up.

And so it follows with TV-level production values, stiff editing, and sappy character arcs. Spread between Chicago and Wisconsin, Boyd’s hard adherence to holiday tradition splits this feature into two movies – one where Boyd needs to rush home to retrieve forgotten gifts with Mitch in his port-a-potty rental truck and another back at home with the remaining Mitchler’s downing bourbon en masse. Neither side is particularly successful.

Merry Friggin’ Christmas may as well be embossed with Hallmark’s logo given the set-up. 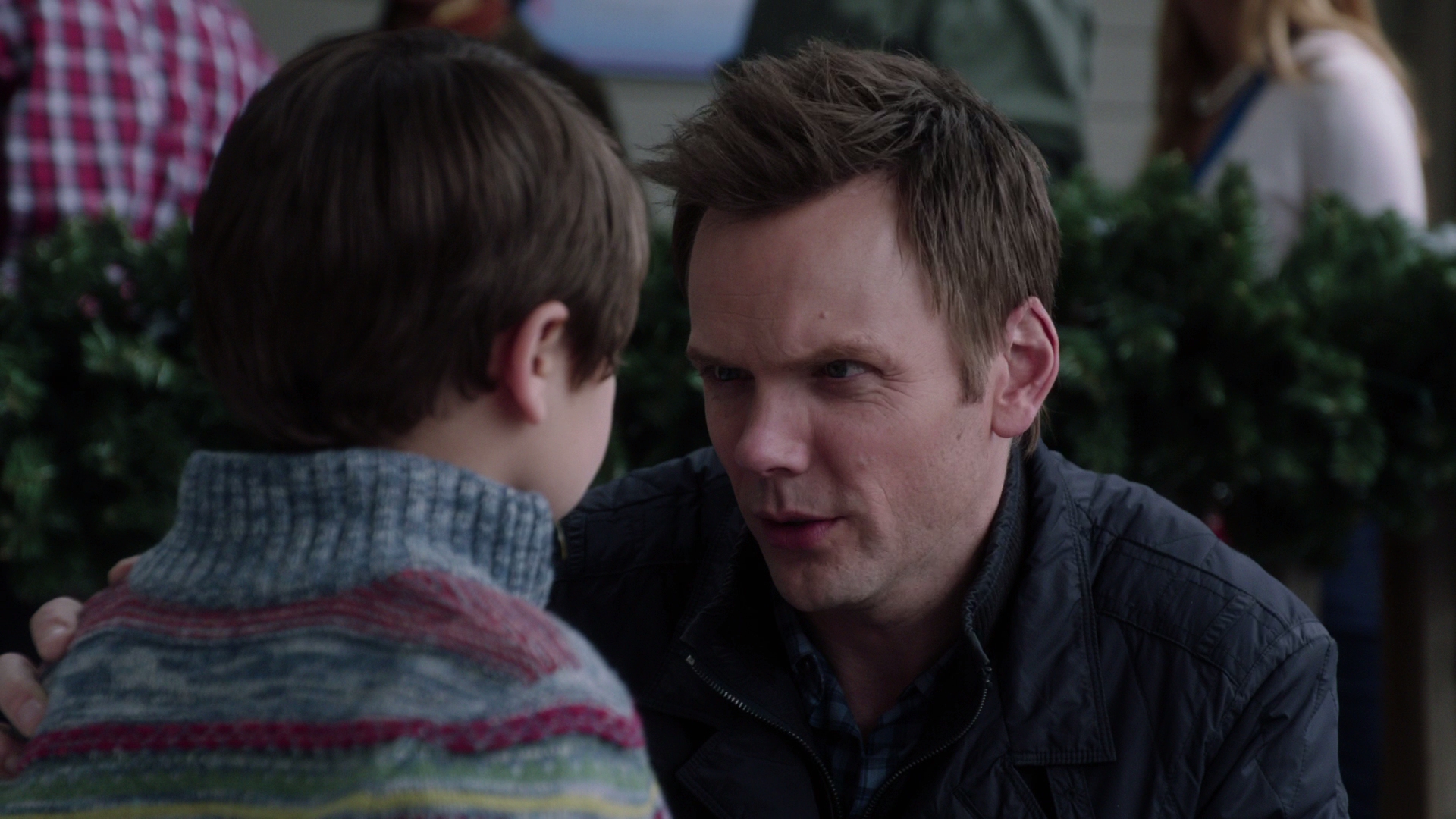 Average black levels keep nighttime situations appropriately in the dark, if not enough to block some compression problems. Vehicle interiors reveal minor banding on the auto glass as the stark background passes, certainly hidden without calibration. Given the available bitrate, this should not be an issue.

Further on the source are some moments of noise. These are mostly minor. Lauren Graham has some light digital smoothing applied to her face in certain scenes, but fidelity elsewhere is pleasing. Close-ups are pure and natural. Medium shots hold to appealing resolution, noise or otherwise. While better, Merry Friggin’ Christmas still struggles to raise itself over cable standards.

Welcome to the compression of Dolby Digital. If the feature didn’t already feel outdated with its TV movie designation, this budget strapped audio presentation will help finalize its placement. While the chosen codec will account for little in such an audio-concious feature, a handful of Christmas jingles and one small “chase” scene fail to carry any sonic oomph. Spacing is mild with deadened surrounds. Outside of some light traveling to the stereos, this disc is a surround sound mute.

Other concerns include inconsistent dialog recording which flattens out as if boom mics were shut off and a consistent ability to run out of sync with video. The disc required multiple restarts to kick things back into proper alignment. However, the latter could have been a faulty disc or any piece in the equipment chain (although this would be the first such instance).

Eight interviews run for nearly a half hour total, with Robin Williams notably popping into a few. With Joel McHale’s, Williams even does a small Mrs. Doubtfire routine. They’re otherwise filler.