Smokey the Bear would be proud. Dusty Crophopper’s return flight places the not-so-charismatic plane under the guiding wing of experienced aerial fire fighters. This Planes sequel then becomes slathered in educational montages during training routines and through the smoke, somehow levels itself into something marginally enjoyable.

For Planes, there now exists a sense of purpose. While the first dismal cash-in of Cars boringly cloned a formula, Fire & Rescue has some spunk. In-between a script willingly tossing out eye-rolling pun humor exists this narrative about dealing with tragedy, selfishness, and bravery. That’s commendable.

Disney’s second foray into aerial flight aims young, super young in fact, and chunks of it appear as if pulled from a no-budget home video release imaginatively titled Big Planes – or one of hundreds of its ilk. The film is all concept and crumbling substance while hovering around 70-minutes as if not to bore anyone in the target demographic. There is also a possibility Planes is setting up further adventures (at least trying to) with the depiction of trains. At least it rhymes.

Of merit is the pure beauty of Fire & Rescue. Set amongst the natural luxury of national parks, Crophopper buzzes sunsets and sun rises in this glamorous PSA for protecting these locales. Returning screenplay writer Jefferey Howard pairs with newcomer director Robert Gannaway to make a piece without traditional motives. Forest fires are not lit by global warming. Fire & Rescue is refreshingly washed of politicized angles.

Most of the core problems lean back on the parent company who punched out this quickie sequel in less than a year with a refreshed character roster ready to go, pumping plastic toys into stores. It’s ready made profit. Ignoring the marketability is nigh impossible whether Crophopper is less of a billboard or not.

At least Fire & Rescue is doing something with the Planes as a spin-off franchise. While Dane Cook’s Crophopper is still insufferably safe and bland, what exists around him is pleasantly original. Handicapping the once proud, sporty icon because of a busted gear speaks to a different segment of the movie going populace. Despite a lack of spark (plugs?), Planes shows some resolve and fight. 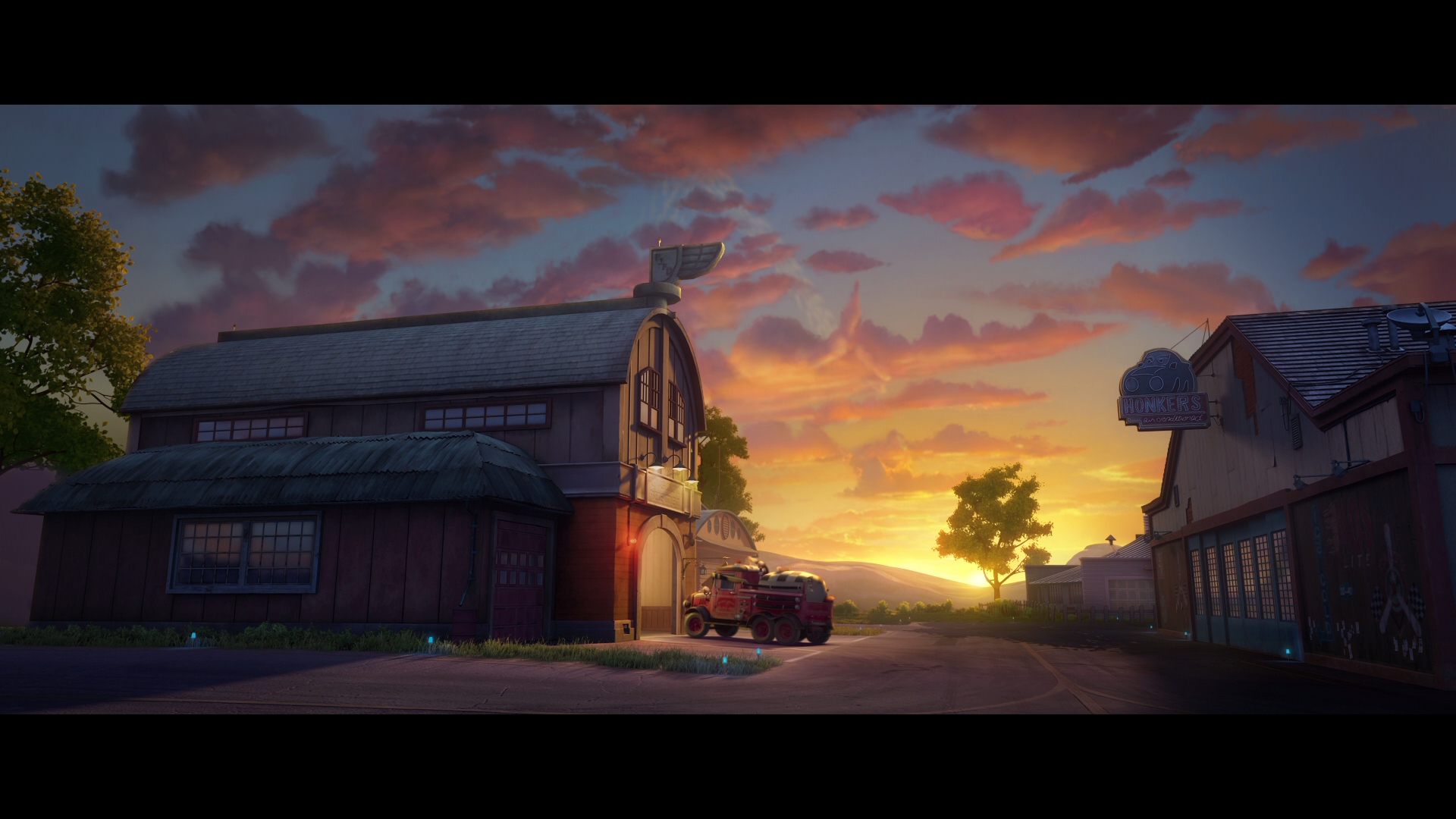 Whoops. Disney fumbles a touch with Fire & Rescue, not only by ignoring 3D in a film begging for such a treatment, but also the intrusion of aliasing. This Blu-ray release is full of it. Lines on car grills, eyes, wings, background items; they all show problematic stair stepping. While hardly considered egregious, the issue is unusual given quantity and consistency.

The rest? Perfection. Planes keeps the alarmingly high standards for animation visuals on the format with exquisite fidelity and sharpness. Designed locations offer foliage deep into the frame, draped in careful lighting which lets them breathe further. Fire & Rescue, were it not for some repetitive staging, looks twice as expensive than what it supposedly cost.

With those flurries of colors and coordinated designs, primaries are spread over each frame. Lush forests spew out greenery, and despite the danger, flames are vividly attractive. Into tough sections such as smoke, encoding work picks up and dispels any signs of banding. Contrast, black levels, and anything else still left are flawless enough to not warrant mention. It’s taken for granted now.

Planes’ sequel is a beaut sonically, spreading the soundfield in all directions while liberally applying the use of additional rears in this 7.1 mix. Buzzing engines are noted panning perfectly from speaker to speaker as needed. Likewise, voices trail off into stereos or surrounds carefully in fluid motions.

High-end action scenes rumble a touch from sea of flames, with a river rapids sequence proving especially aggressive. Fire & Rescue is not subtle in LFE use, proving weighty with an explosion and adding power to mammoth machines. General dialog scenes are notably empty in terms of ambiance, allowing the DTS-HD track space to work during the highlights.

Minimal bonuses are typically uninformative or exist to boost the brand. Vitaminamulch Air Spectacular is a six-minute short featuring Crophopper as he tries another career. Two in-film commercials are based on the park and the other on a spoof TV show. Three deleted scenes are intro’d by the director Roberts Gannaway, and two further shorts (less than four minutes combined) build on two of the side characters.

Air Attack is the sole extra of consequence, featuring real pilots and fire fighters as the design team for the movie shows their researcher side. It’s short (4:47), but should keep kids occupied while adults may learn something.