Steeped in American history and inciting sweeping changes through time travel, Days of Future Past is the X-Men’s cinematic kingpin. Peter Dinklage is ridiculously perfect as a rogue doctor seeking to eliminate mutant kind and story structure is alluring from the outset. But, Future Past’s symbolism is dull in a movie otherwise showcasing enormous scripting intelligence.

Read our full X-Men: Days of Future Past theatrical review for more.

Fox issues a substantial encode for the Blu-ray release of this summer blockbuster, building a satisfying combo of contrast and color. Much of the film is gifted with intense contrast, leading to an overwhelming level of facial fidelity. Crispness in close-ups is rarely so consistent as it is here, soaked up by the lens of the Arri Alexa. Medium shots are near perfection too. Costume details are astonishing in some instances, including Magneto’s garb during the finale, from the stitching to the rough surface of his helmet. Mystique’s practical work is vivid in definition, and Beast is likewise striking.

Flashback moments use a number of tricks to simulate 16mm (or lesser) film stocks, and others are hit with layers of artificial sharpening for age. The latter is ineffective. None of these processing tricks appear to carry over into the future or 1973 scenes. Even amidst the wealth of computer generated effects, Future Past holds firm to clarity. Noise remains absent with visible texture even as the camera pans out to create scale.

Deep into the future, Earth’s devastation is depicted by darkness, whether panning over cities or in the mutant hideout. Here, instead of contrast, everything leans on black levels. A handful of individual shots may appear frail in pure black, but most adhere to strict density to maintain image depth.

Oddly, stereoscopic effects feel weaker than in theaters. At times, they feel outright missing. Certain scenes appear composed with the realization of the post conversion soon to come. Slow motion scenarios, especially an almost frozen kitchen scuffle, are showpieces for the technology. Some interior angles with elongated hallways are a pleasure too, as are sequences of any flying objects.

The rest? It oddly droops. One particular early shot inside of the school from above a chandelier appears to have no added effects at all, this in spite of the angle primed to be showy. Certain mutant powers, a series of strewn portals for example, lag behind. There is never a sense of seeing into another place. Work on this home video version feels restrained. 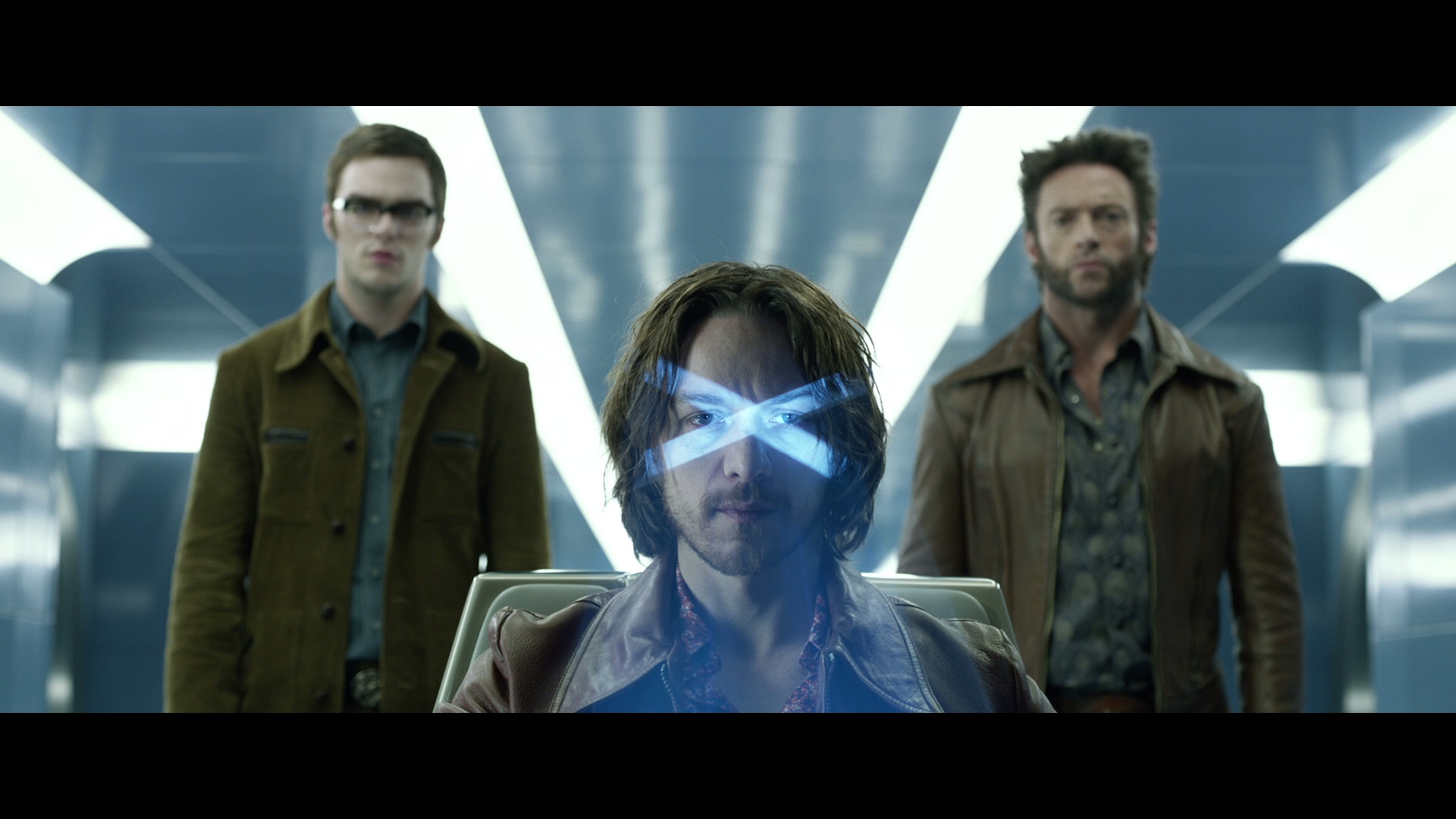 Audio work creates a fluid, wide soundstage which maneuvers between channels with absolute precision. Any action scenes produce a lush sonic design which can manage a stupendous level of effects. During the climactic action, gunfire, Sentinel engines, panicked people, debris, strewn chairs, and even dialog combine for beautifully loud destruction. Slow motion scenes enter into their own type of closed off audio arena, and Xavier’s first reconnect to his mind is overlaid by voices. It’s a critical piece of important sound management linked right to the narrative.

Scaling up further is mostly deep LFE use, although not with the gargantuan impact expected of a movie this size. Highlights include a stadium lifting from its foundation and a train panning by, while the majority seems to be scraping by. Aggressiveness in the .1 does not match the scale of the other seven channels.

A special edition is supposedly due soon, which should include an extended cut. “When” isn’t known. As it stands, this paltry list of bonuses is barely sufficient. Deleted scenes (with optional Bryan Singer commentary) and a gag reel explain themselves at about a touch over five minutes each. A short featurette breaks down the superb slow mo kitchen battle, with X-Men United offering the inside scoop on the genesis of this project.

Double Take features the actors playing Magneto and Xavier – both generations – discussing their combined roles. Classification M digs into backgrounds on the smaller mutants featured, with Sentinels: For a Secure Future rounding the bonuses off (except for some galleries) by peering into the design of the killer robots.