Peer into your own personality with this inconsistent and jittery comedy

Without a beard, Zach Galifianakis looks like a round-faced Gene Wilder.

After two hours of metaphors and plodding conversation, the lack of a beard is what stood apart in Are You Here.

A major studio would have ripped this movie apart. Restructuring, tightening, condensing. Some would say the heart would have been missing. After all, there’s something to be said for artistic merit and narrative flow at the whim of a writer/director, in this case Matthew Weiner. For Are You Here, it may have been better salvaged under the studio knife.

Some of this feature is moving, even pleasant. Cinematography sets up shots with an allure for naturalism on a farm aged 100 years or more. It’s beautiful. Galifianakis and Owen Wilson cheerily bounce off one another as stoner pals and wiggle through their roles like their characters wiggle through their lives. A death in the family, Galifianakis’ unseen father, sends it all into a tizzy.

Are You Here is a movie of maturation, appreciation, and letting go. In terms of character development, it leans awfully heavy on typecasting and then surprisingly rolls back. That softening of cliches or familiarity is appreciable in the back half. Laura Ramsey, a step mother in this mix of background legal battles, is magical too.

It’s when the film enters the twelfth phase of dramatic conversation and psychosocial healing that it feels less like an examination of itself than that of a far too broad examination of life – with those touches of romanticism. Dialog bleeds acknowledged intellectualism yet rarely feels propelled with any actual story direction. Owen Wilson is utterly trapped in a routine of shrewd playboy-isms until this feature wraps around and strikes his character into focus.

Weiner’s script is funny even if it seems to lack the timing or a jumping point for humor. Amy Poehler’s vindictiveness as a distrusting sister is played to type, apparently compelled to be funny without ever actually being so. Much is made of Galifianakis’ man child routines and tantrums because it’s expected, but there is little denial the execution can induce smiles in spite of the egregious treatment of mental illness.

Are You Here ends ambiguously, and smartly so as a bit of self-reflection for the audience, shared with the characters themselves. This movie continually asks who we are and what we do under a veil of shrouded craziness while not being able to get its own self together. Consider it inconsistently fun and a piece of introspectively pandering cinema without many of the cogs it needs to work. Because beards or something. 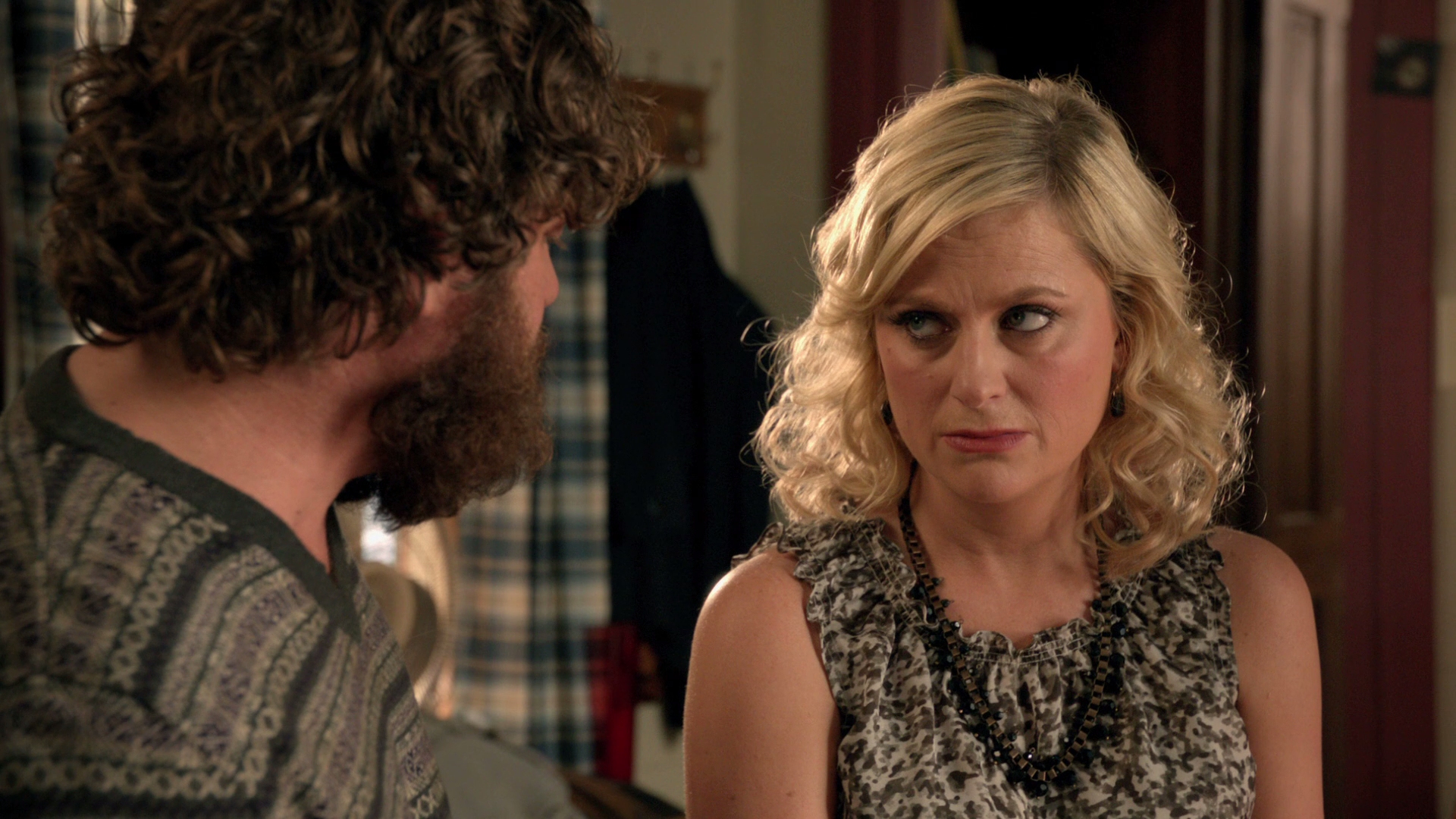 A touch of noise is Are You Here’s technical hurdle, and it’s not much of one. This movie is frequently outright gorgeous with splendid use of contrast and impossibly great black levels. Sunlight is often a side character as it pours in densely through windows, striking the screen with flawlessly calibrated work. Despite the night, little is lost when the sun passes the horizon line. Shadow work is equally meticulous.

Stupendous sharpness translates into spectacular close-ups which show a level of rare consistency. Medium shots may not share the same density, but appear natural and clean. The stand-out proves to be the exteriors and establishing shots, whether on the farm or in the small South Carolina location shoots. Store fronts display miniscule details miles into the background, and brick work which seems small manages to maintain definition with distance.

All of it is brought together with immense color saturation, brought to life in post-production with a lifting of primaries and splashes of yellow. That touch-up never feels overly aggressive even when obviously present as luscious greens are constantly presented as part of the background. Any overlaid tint has limited impact.

Back to the noise, it should be noted Millennium offers a limited bitrate which skirts the levels of single digits. It’s dangerous territory, although visibly, the effect is limited. Noise could be a tad worse and notable than it is because of it. Even still, there is little dampening this beauty.

Sound design is where the material skimps. TrueHD mastering pumps out a restaurant introduction sequence with light ambiance. Farm scenes will be glazed with equal surround work to add a touch of nature’s space – that’s central to the narrative. Some mild music and scoring is handled with care while mostly being propped up in the front soundstage.

Dialog is balanced cleanly in a variety of up and down (volume wise) conversations. Otherwise? Pedestrian.

Writer/director Michael Weiner joins up with dual Christophers – editor Christopher Gay and cinematographer Christopher Manley – for a commentary which discusses the purpose and meanings in addition to technical decisions. Millennium also includes a suite of trailers.