Academy Award-winning director Frank Borzage began his film deal with Republic Pictures with I’ve Always Loved You. Filled with romanticism and memorable musical performances from legendary pianist Arthur Rubinstein, the 1946 film was a relatively lavish production for Republic Pictures. Filmed in Technicolor at a budget of two million dollars, it is a sweetly formulaic romance of its time. Starring Philip Dorn and Catherine McLeod, I’ve Always Loved You works effectively in the world of classical music. Tinged with more honesty and raw emotion than other films of its period and type, the film holds up remarkably well. Nicely incorporating classical music as a replacement for the emotions within a romance, it conveys much more than dialogue ever could alone.

I’ve Always Loved You features stirring romanticism and a vicious love triangle. A world-famous pianist plucks a talented young woman out of obscurity as his pupil. Maestro Leopold Goronoff (Philip Dorn) is touring the world when he visits his former teacher, now living in a rural farm with a wildly talented daughter. Leopold quickly recognizes Myra (Catherine McLeod) as a gifted pianist and takes her on as a pupil. Leopold is a big star in the world of classical music, selling out venues across the world. When he asks the young woman to tour with him, she quickly accepts the offer. Myra is leaving behind George (William Carter), a farmer she grew up with who unconditionally loves her.

Leopold exerts a domineering influence over Myra as they tour together, pushing her talent to new heights. The music star is popular with the ladies, leading to a string of women Myra has to help the maestro escape from. Myra has fallen in love with the older Leopold despite his reluctance to get attached. Leopold is not thinking in those terms, as his mother tells him his first love is the music. Everything comes to a head at Myra’s debut solo performance at Carnegie Hall. Playing a sublime Rachmaninoff’s Piano Concerto No. 2, Myra begins to surpass Leopold’s own skill. This upsets Leopold’s ego, as the student surpasses the master. It is a watershed moment for their relationship, as the pair have a battle of wills set to turbulent, volatile music. The delicate interplay in this scene between the music and acting mark it as the most memorable and unique moment from I’ve Always Loved You.

Leopold’s bruised ego can’t handle Myra’s commanding talent surpassing his own, immediately throwing her out. Having largely been set in the world of music, the narrative takes a shift towards Myra’s domestic life as she forsakes playing piano. George comes back into Myra’s life, starting a love triangle that is handled a bit differently than usual. Many years later, a climatic showdown occurs between Myra and Leopold. Most interesting is how the story handles Leopold, treated as a broken man missing his muse after Myra leaves.

This is generally considered the most successful of director Frank Borzage’s Republic films for good reason. Constructed around a fairly realistic view of romance and lavishly set in the world of classical music, it never hits a bad note. Legendary performer Arthur Rubinstein plays the actual piano pieces heard in the film, covering famous works by giants such as Chopin, Bach, Liszt, Wagner, and Beethoven. One has to remember that was likely a big draw for a film in 1946; only the very rich could attend the country’s best concert halls like Carnegie Hall and this afforded everyone the chance to hear Rubinstein play. 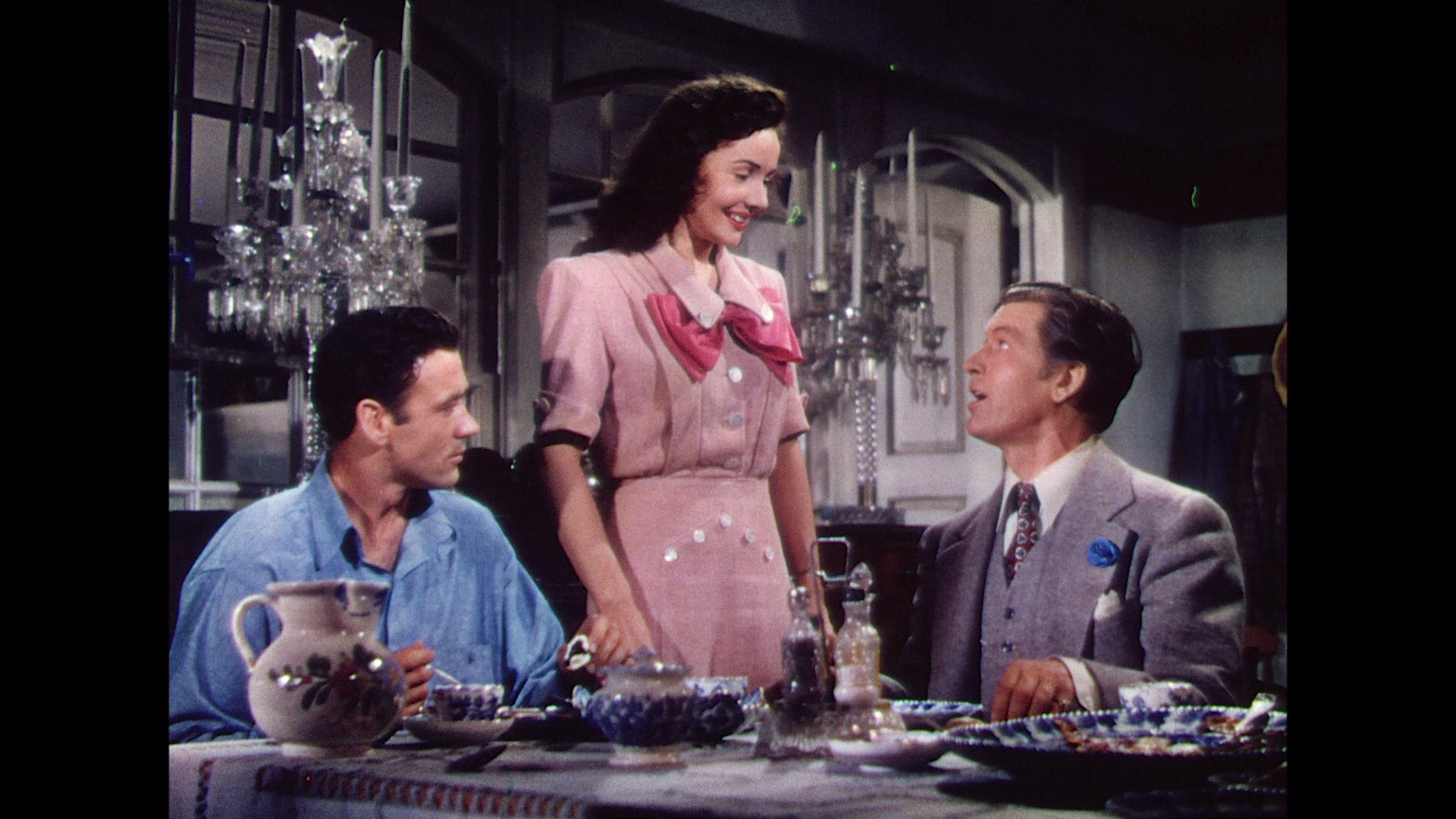 Lesser movies from the golden age of Hollywood often slip through the cracks, leaving their film elements in terrible condition. Olive Films’ release for I’ve Always Loved You is a notable exception. The lavish 35mm Technicolor production received a quality film restoration from the UCLA Film Archive, likely the source for this excellent reproduction of classic film. Having seen many BDs from Olive Films, the restored print here is in marvelous condition and clearly represents one of the better-looking BDs released by the independent distributor. The Republic Pictures’ production was licensed from Paramount, which had no intention of ever releasing this kind of film on Blu-ray.

Maxing out a BD-25, the AVC video encode is a professional effort that cleanly replicates the bold look of Technicolor film, retaining a completely film-like grain structure and textures. The original transfer is not completely new, including minor hints of edge enhancement and ringing that were more popular trends a few years back in digitizing film. Common to this era, a few registration errors lead to chroma flaws and the occasional fringing. Running nearly two hours, the first hour looks nearly pristine. Its proper contrast, pleasing depth, heightened color fidelity, and sharp detail bring out the best in I’ve Always Loved You’s picture quality. The romance’s theatrical aspect ratio at 1.37:1 is properly presented in 1080P resolution.

The Technicolor restoration falls just short of recent, more expensive efforts. It’s always guesswork as to the condition of the surviving film elements from the outside, though the movie’s fans will delight in its renewed vitality and life. This BD represents a sizable increase in actual detail and clarity over DVD in a fairly authentic, film-like approach. If you’ve been underwhelmed by prior efforts from Olive Films in terms of picture quality, those worries will be laid to rest after watching the opening act of I’ve Always Loved You. There is little overt damage to the negative and primary colors retain their natural Technicolor brilliance.

Originally recorded in the RCA Sound System, the movie is accompanied by a satisfactory 1.0 DTS-HD MA soundtrack. Dominated by classical music and the lush piano playing of Arthur Rubinstein, the music itself is practically worth the price of admission. Featuring pieces by a string of major composers, I’ve Always Loved You greatly depends as a movie on its music as an integral part of the drama. There are some limitations in its dated fidelity, the magnetic audio recordings have not been restored to the same condition as the wonderful looking film transfer. The piano recordings sound markedly better than the dialogue-driven scenes. While the dialogue is intelligible and cleanly delivered in full sound, this is unfiltered audio with hiss and phase issues from an aging tape.

Frankly, I was hoping for better fidelity on this disc since music plays such an essential role in the film. This is an adequate presentation but the mono recording has its limitations. No subs have been included.

This disc includes no special features. It arrives in a solid Amaray case and contains a leaflet advertising other Olive Films’ releases. I can say the cover art is quite tasteful and better than the ones coming out of the Hollywood studios these days.