Some films are hard to pigeonhole as they shift from comedy to romance to serious drama, all without flinching. Fading Gigolo is one such film, written and directed by veteran actor John Turturro. This is not Turturro’s first turn behind the camera, establishing a deft hand with this lighter material. This is a sweet, funny, at times endearing dramedy. Fading Gigolo feels like a good film by Woody Allen, which is not a surprise as the esteemed director plays a lead role. The premise sounds ridiculous at first blush, about an aging bookseller talking his good friend into becoming a gigolo for successful career women. What starts out as comedy morphs into a touching film about two broken people attempting to connect with each other.

Fioravante is a single man and decides to take Murray up on his offer, though he’s initially reluctant. After a curious start with Dr. Parker, Fioravante takes like a fish to water being a gigolo. He quickly becomes a regular pro at it, with Murray finding all types of different clients for Fioravante’s services. Sofia Vergara plays one of Dr. Parker’s sexy friends, a woman also looking for something a little different.

What had been a lighthearted comedy – in the mold of a Woody Allen film – changes gears into an emotionally resonant romance. Fioravante is introduced to Avigal (Vanessa Paradis), the grieving widow of an Orthodox Rabbi. Revered in the Jewish community of Brooklyn that Fading Gigolo is set for her devotion and piousness, Murray recognizes she has been quite lonely since her husband’s passing. Fioravante and Avigal each have their emotional problems, though both are desperate to make a connection on some level. Fading Gigolo is beautifully understated in developing their tentative relationship, as Woody Allen’s neurotic Murray recedes into the background.

Fading Gigolo is one of those movies that takes you on a surprising journey, filled with laughs and heart. It could have easily been turned into a comedic sex farce with its basic plot of an inexperienced gigolo and attempted threesomes. Instead, director John Turturro has crafted a delicate, touching portrait of two characters shedding their emotional baggage. Bolstered by sharp appearances from Sharon Stone, Sofia Vergara, and Liev Schreiber, Fading Gigolo goes in unexpected directions with its story. Woody Allen plays largely the same character he’s always been on screen, though his performance feels highly natural for the first time in decades. Murray is a perfect fit and balance to Turturro’s Fioravante, a character that only speaks when absolutely necessary. 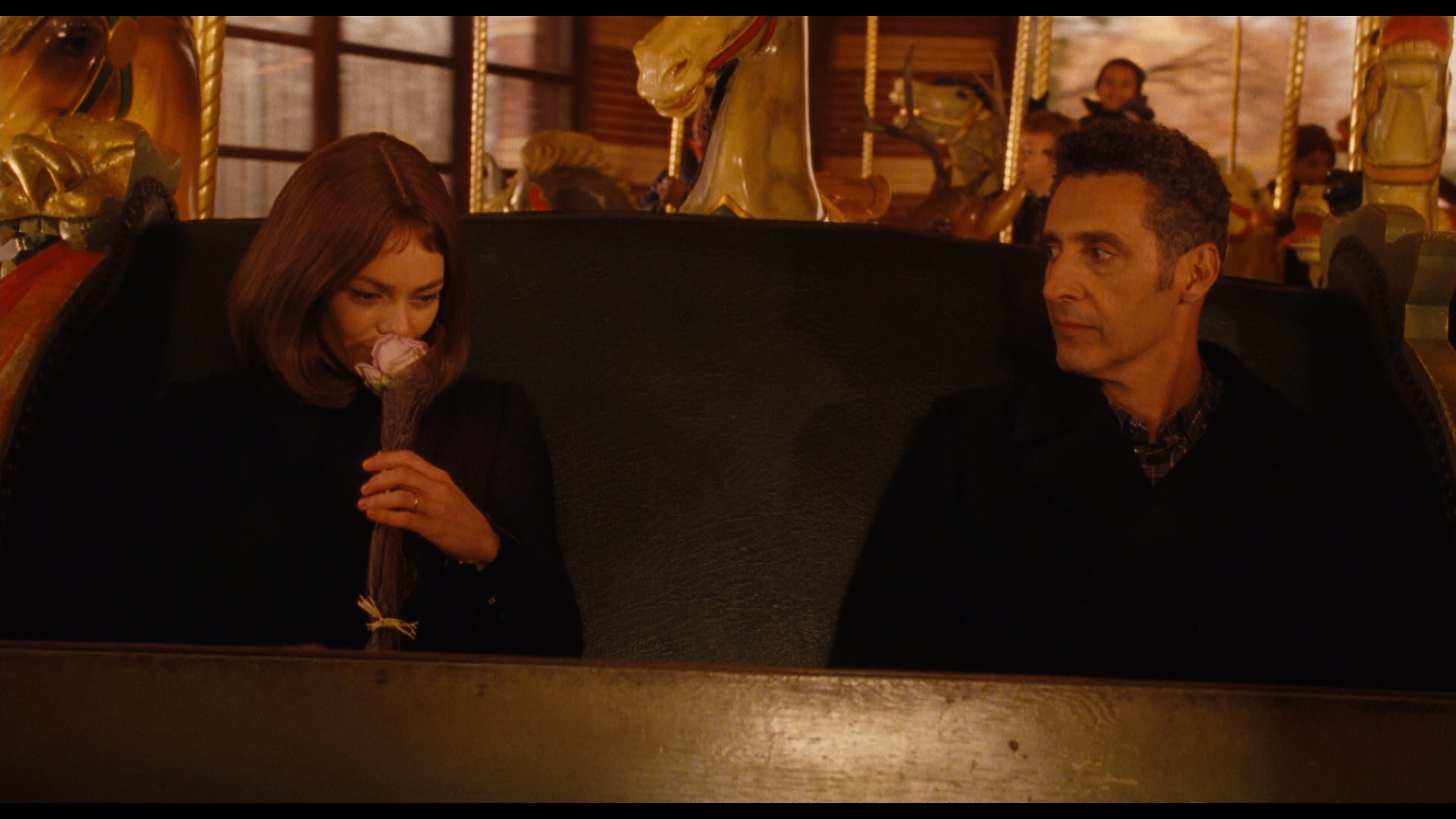 John Turturro has made Fading Gigolo with a very distinctive aesthetic. Beginning with a rustic 8mm shot, Fading Gigolo transitions to a 35mm production with an overly warm color timing. This is one of the more drastic magenta pushes seen in recent memory; the entire film is suffused in it and the hue permeates the flesh-tones. What separates this color-timing from other questionable palette choices is its distinct analog feel. Fading Gigolo looks and breathes like classic 35mm film. This is a fine film transfer presented in a solid technical presentation.

Millennium Media has enclosed the 89-minute main feature on a BD-25. The adequate AVC video encode averages 20 Mbps, cleanly reproducing the movie’s digital intermediate with the exception of minor chroma noise in the grainier scenes. The cinematography does not contain jaw-dropping clarity or perfect detail, and there is a touch of softness to the 1080P video. It appears the less-than-exemplary high-frequency content is due to classic filming techniques, instead of the more odious filtering in post production. The 1.85:1 widescreen presentation lacks the artifacts associated with sharpening, and the film-like fidelity is refreshingly honest.

Fading Gigolo also sounds like a Woody Allen movie, though it features a more spacious audio presentation than his films with a fine 5.1 Dolby TrueHD soundtrack. The movie is filled with smokey Jazz music and a tasteful score, presented in excellent fidelity across the entire soundstage. Dialogue is quite intelligible and sensibly balanced with the score. This is not a mix with sonic explosions but does utilize surround cues in a variety of scenes. Most importantly for a dialogue-driven movie, Fading Gigolo includes excellent channel separation and pleasant clarity.

A lossy 2.0 English Dolby Digital track at 192 kbps is included for some reason, though a brief sampling revealed its massive limitations compared to the lossless surround experience. English SDH and Spanish subtitles display in a white font.

Millennium Media bestows Fading Gigolo with a couple of key special features, including one of the better audio commentaries I’ve heard this year. The deleted material is mostly inconsequential except for one featuring a much longer cut of Sharon Stone’s nude sex scene. There is an off-color joke by Woody Allen that got excised as well. Stone’s scene was trimmed down to a handful of shots in the final movie, the three-minute deleted scene will be of great interest to some.

An embossed slipcover is available. Millennium Media has been avoiding the use of Eco-cases in their recent releases, featuring a sturdier plastic case.

Director’s Commentary with John Turturro and assistant Cameron Bossert – An engaging listen. Turturro reveals the thinking behind his film and some production minutiae.