Musical biopics tend to avoid the inherent problems of regular biopics, since they can switch to a hit song or musical performance whenever there is a lull in the narrative. Ragamuffin is an honest look at the life and music of Rich Mullins, a massively talented songwriter and performer that rose to fame in the Christian music scene back in the 1980s. Writing early hits for Amy Grant in Nashville, Rich Mullins would go on to his own recording career and success. Director David Schultz’s biopic takes a candid, if ultimately redemptive, inspection of Mullins’ life with a strong Christian perspective.

Canadian actor Michael Koch plays the songwriting genius in a portrayal that captures the singer’s struggles with alcohol and other personal demons. Ragamuffin would have been an utter failure if the wrong choice had been made for the primary character. Koch delivers the goods in a solid performance that feels genuine, though we do end up hearing too much of him through the constant narration.

Stitching much of the narrative together is Mullins delivering his innermost thoughts in narration over constantly referenced events in Mullins’ life. It is a stylistic technique that helps provide more perspective on the dramatic scenes but grows tiresome by the end of nearly two hours and twenty minutes. While I found Ragamuffin to be an enjoyable and interesting watch, some of it should have hit the cutting-room floor. It attempts to cover most of Mullins’ life, all the way up to his death by car accident in 1997. The major theme dominating the film, more than even the man’s music, was the singer’s longstanding issues with his father. Rich was born in Indiana and struggled to deal with the resentment and insecurity he suffered at the hands of his father most of his life.

Ragamuffin does not shy away from correctly painting Rich Mullins as an honest voice in the Christian community, one that did not always get along well with its establishment. A deep admirer of St. Francis of Assisi, Mullins was a devout Christian that mostly practiced what he preached. After he hit it big with hits like Awesome God and Sometimes By Step, he ordered his accountants to pay him no more than what the average American made per year and donated the rest to various churches and charities. Mullins always had problems fitting in with the musical establishment of Nashville that wanted him to better fit the portrait of a manufactured Christian pop star, eventually forsaking the industry.

Ragamuffin does include a number of Mullins’ biggest hits in various stages of development. It is a testament to the man’s music that I don’t think Ragamuffin would have worked nearly as well without its inclusion. Mullins would often write material from deeply personal experiences and Ragamuffin is at its best when providing that context. A beautiful song he had been saving for his future wedding, Doubly Good To You, got handed to Amy Grant for recording after Rich’s fiancée broke off the engagement.

This is a movie from a Christian perspective, reflecting Mullins’ beliefs and personal journey. Ragamuffin should have appeal to a wider lay audience; Rich Mullins was a unique figure in Christian music that had a story many can relate to. A musical prodigy that had difficulty relating to the people closest to him, he struggled with fame and success like many before him. His faith is not treated lightly in the film and gets a full accounting in Ragamuffin. 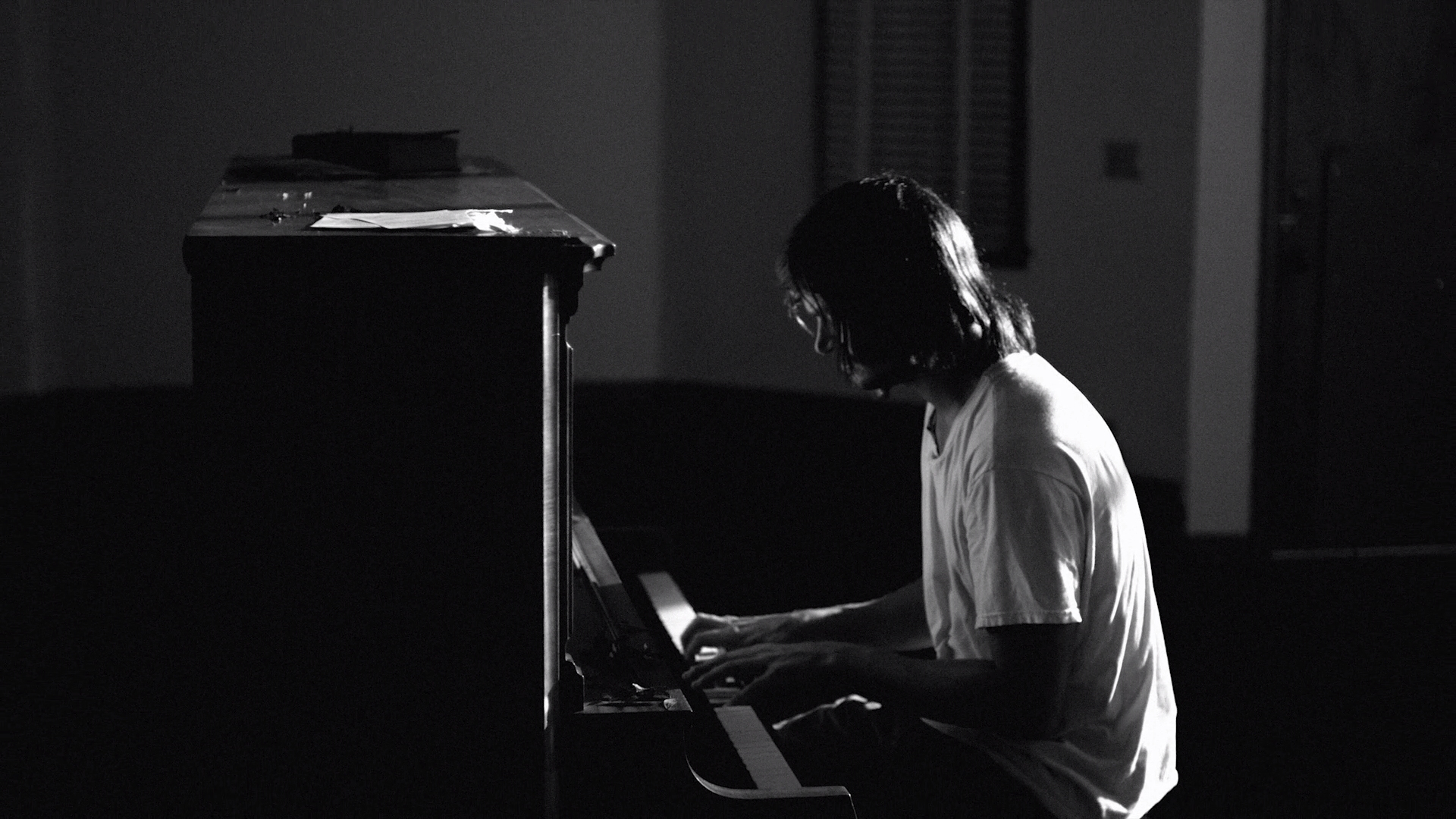 Ragamuffin is a small, independent production with acceptable picture quality for something hitting direct to video. Primarily shot using RED digital cameras, the 1080p presentation is framed at its likely native aspect ratio of 1.78:1. The digital cinematography is flat and occasionally dull, though its inherent detail and sharpness are quite adequate for a new release.

The biggest problem with this Blu-ray from Millennium Entertainment is the spotty AVC video encode. The main feature runs 137 minutes and put on a BD-25, resulting in video bitrates that average a poor 18 Mbps. Banding and macroblocking are some of the compression artifacts that mar what is otherwise a clear and pristine picture. Certain scenes suffer more than others, particularly the darker scenes in shadow detail.

Watching Ragamuffin, one will instantly recognize its digital filming pedigree. The transfer has been left untouched by filtering or other serious video processing, though occasional aliasing creeps into the image. This is not reference material but the low-budget feature is presented well enough to enjoy the movie without regret.

Curiously, both included soundtracks are of the lossy variety, a disappointment for a film so reliant on the music of Rich Mullins. The primary 5.1 Dolby Digital soundtrack at 448 kbps has pleasing fidelity despite its lossy status, bolstered by solid bass when needed. It gets the job done in regards to the music, though its low-budget origins can be heard on occasion. A secondary 2.0 Dolby Digital soundtrack at 192 kbps feels a little richer in sonic quality, possibly due to a tighter stereo mix with more coherent dialogue.

English SDH and Spanish subtitles are included on this Blu-ray. They display in a white font.

Millennium Video rounds up an actual commentary and one of the more intimate production featurettes I’ve seen in recent memory. Temporarily a Walmart exclusive, this Blu-ray includes an embossed slipcover.

Audio Commentary With David Schultz and Dave Mullins – Director David Schultz and Rich Mullins’ brother go over the film, scene by scene. This one might have been more entertaining if it had been more freewheeling and willing to go outside the bounds of Ragamuffin.

The Making Of Ragamuffin (10:41 in SD) – David Schultz opens up about his desire to bring this project to screen as a fan of Rich Mullins who was deeply influenced by the man and his music. There are also some shots from behind the scenes, standard featurette material.

A Message From Dave Mullins (05:25 in SD) – Dave Mullins is the brother of Rich Mullins and reflects on the singer and this film.

Previews – Four trailers in SD for: Ragamuffin, Khumba, When Calls The Heart, and Red Wing.