Ava is a lunatic. After her newlywed husband goes missing during a playful Puerto Rican honeymoon, Ava (Gina Carano) loses any sensibility for reason. She just kills – sickly too.

A hospital registration nurse who merely denied knowing where her husband is? Choked. Two ambulance runners who barely register in the scheme of In the Blood’s narrative? Tortured. A cop who lied and tried to cover things up? Forced to commit suicide with a box cutter as Ava watches, while his daughter sleeps in the next room.

What’s in said blood is apparently a catalyst for unwarranted cruelty. MMA brawler Carano justifies her starring aptitude with lunging elbows and knee snapping leg kicks if not her acting acumen. For much of In the Blood, she’s staring into an abyss and line reading as emotion glances across her stiffened eyes. Stephen Soderberg had directorial sense to dodge Carano’s screen linguistics in 2011’s awesome Haywire, while Blood’s John Stockwell does not. Instead, he leans on Carano’s physical assets – all of them – to best hide her cinematic failings.

Meandering pacing and slopped up character definition leaves this script wanting, with a set-up slog devoid of energy, and attempted tension fails without the needed caution in the camera. Blood’s highlight is the corrupted and slick island leader Silvio (Amaury Nolasco), who only slides into the framework come the third act. By then, Blood is desperate for closure and to find an out for Carano’s rampage, let alone an amicable end.

Ditching any misgivings over pacing and purpose, Blood sprouts into a weak action feature, molded into the pattern set by home video. Bullets impact walls with CG holes and camerawork strives to dizzy with jumping or panning views in conjunction with chop, cut, chop editing to fill in holes. Carano’s physicality is only half of Blood’s offering. Everything else is dry gunplay.

Animal activists can join together in lambasting the film’s overriding cruelty; shots of an actual cock fight are needlessly in place to feed Carano’s man hunt. Establishment of this island as a ghetto is more than in place, ultimately leaving these scenes uncomfortable and unnecessary as with most of In the Blood. 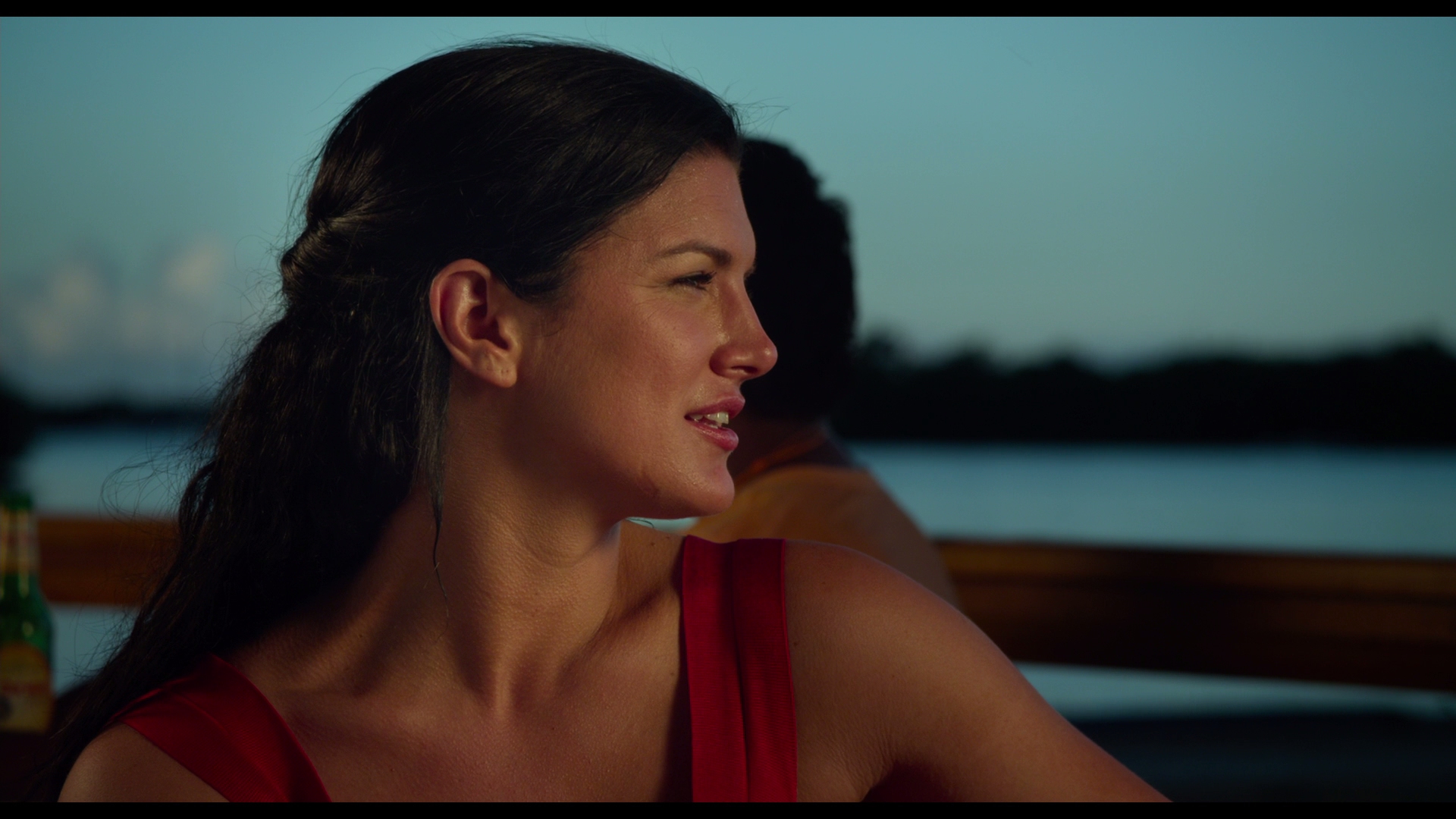 Fox and Anchor Bay pair for this release, pulled from multiple digital sources of varying quality. From low resolution cell phones to head mounted cameras and the core filming device itself, Blood is an infrequent performer. Expecting blocks of noise and source artifacts becomes the necessary expectation.

But… Blood is heavy on high frequency textures and island locations are marvelous when peaked. Close-ups are astonishing and hit with intense sunlight to increase their quality. Lighting is often intense. When it’s not, black levels will sprout their own angle to keep dimensionality in its prime.

Cinematography inconsistencies soften and dip clarity, while some flashbacks caked with dense blues feature a rather ungainly smoothing effect. Blood is the prime example of an infrequently rich feature, even if the encoding is not at fault.

Tinkering in post further bumps into images, hitting them with rapid color schemes from warmth to chills. Flesh tones duck and weave, if landing on a natural average. Island scenery is appreciated though, with blasts of saturation adding life to the scenery.

Direct-to-video features typically skimp on audio settings, with Blood determined to kick away from those trends. While gunfire is static and stock, there are enough explosions carefully placed in the LFE (with a surround stretch) to satisfy. Bullets ping wide in stereos or rears as they miss wildly, the spread crisp as cues work each channel.

Action is but a piece as ambiance is high, either from forest animal calls or the sounds of a club. There is an air to this design often missing from lower budgeted offerings which deserves credit. Blood feels alive even as its action is sidelined.

More credit? This 19-minute bonus feature is a touch above EPK material, and while praise is unanimous, there is enough honesty to leverage this making of beyond the usual.