Samantha harnesses an uncomfortable sweetness. As a computer operating system, one built from the helpful, programed disposition of our modern Siri, Samantha engages with her users. She – or the code – gives people what they need. And they love her.

Her is a world enveloped in technology. In ours, people squint their eyes to battle the sun and peer into LCD screens, scraping together information or something resembling interaction. Her’s is where people complacently speak to air. Some accept the motion of digital progress; others revile it.

Lonely Theodore (Joaquin Phoenix) is brought into Samantha’s world. Facing the finality of divorce, Theodore lunges into the awkwardness of artificially designed intelligence. Her’s remarkable compensation for the generalized weirdness of computerized romance is less victimizing of Theodore than it is a somewhat cautious, perceptive parable. Are chat rooms, where faces are blind and identities hidden, different from coded social realities? The question is endearing.

Spike Jonze’s cinematic fable is gorgeous in terms of cinematography as much as it is in Theodore’s development. Phoenix portrays a mental cataclysm, a third-party letter writer enticing the world to further erode their personal synergy, all as he separates from real compassion. Theodore’s internal sorrow and projected happiness is shattered by Samantha’s (Scarlett Johansson) soothing voice. He finds something and accepts an unreality as defined by this marketable OS – and it is infinitely interesting.

Theodore’s life is messy, monochrome. Shards of physical media (and what it used to be in this semi-future) are scattered across an empty wood apartment floor. Chairs exist lonely in the center of a room. Phoenix’s elaborate portrayal is not only assisted by production design, it’s defined by the inherent visible qualities. Unlike Lars and the Real Girl which exploited the concepts of artificiality through quirky humor, Her produces a compassion, even believability, to an idea of restless unfamiliarity. Her successfully massages the peculiarity from the narrative and is capable of presenting authentic emotion.

Led along with a sophisticated and suggestive score, Her beautifully captures the consistent highs and intricacies of love, with tech acting as a transparent barrier to meaningful communication. Audiences are meant to flow with Her’s close fiction, and turn insular through its progress. Jonze’s scripting proves wide in its reach, with an ability to cater toward diverse perspectives on a topic often defined by ourselves. 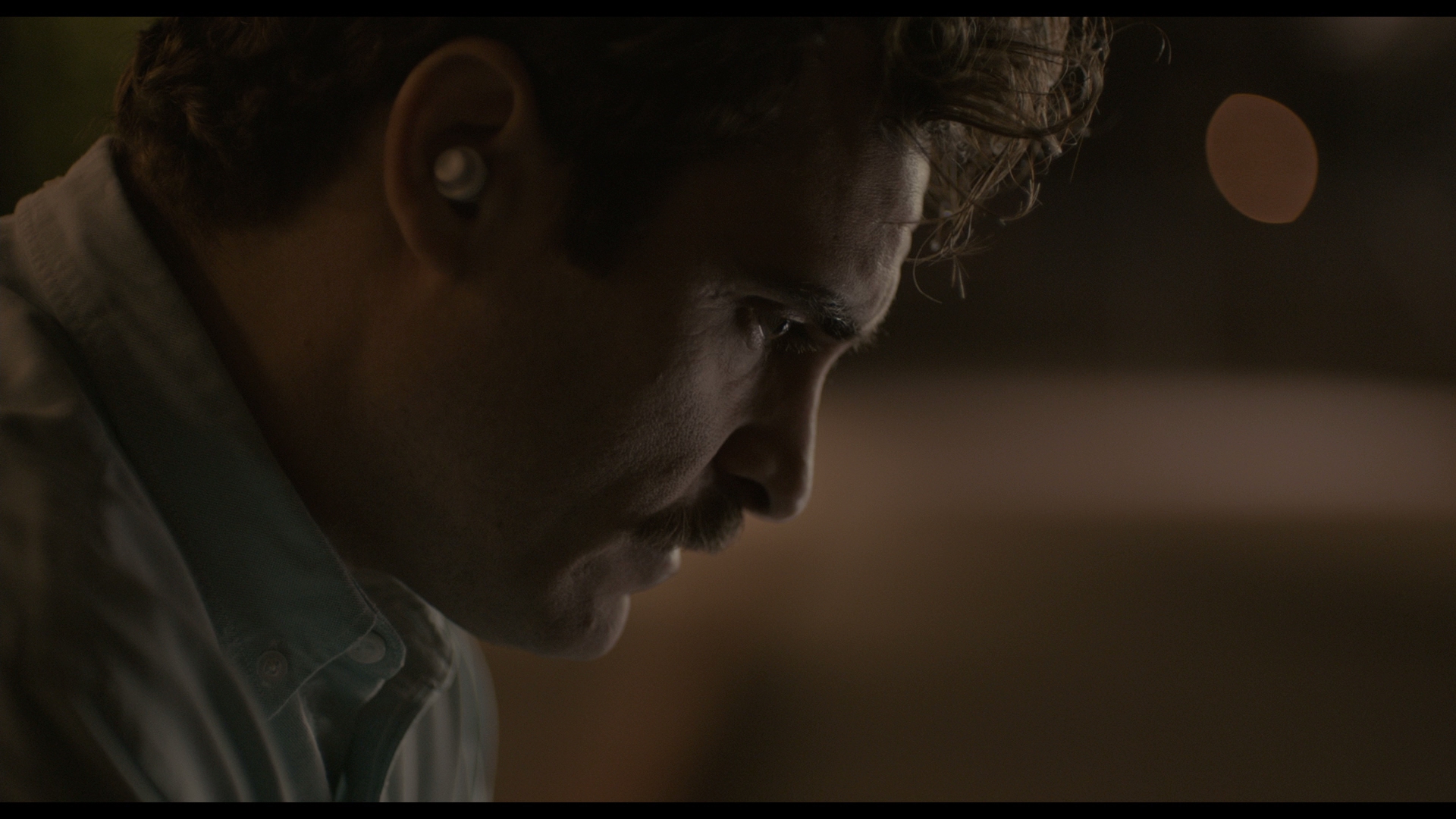 Digitally spawned from the consistent Arri Alexa, Her is hit with a blast of sepia, meant to bring about the dour mood. Night will shy away from color for pale tones, both blue and gray, to suit the loneliness. Flesh tones are an escape with their routine naturalness.

Even when peaking, with Theodore engrossed in Samantha’s company, Her avoids a substantial heft to its digital grading. Depth is mediocre and slung out from weakened blacks while contrast sags. Inside of his work environment, Theodore is surrounded by acrylic panels displaying primaries, still soaked by the tinge of sepia.

Despite the mood setting digital touch-up, Phoenix is given a slew of close-up material to play from, a constant presence in the lens. Fidelity soars. Facial definition does not near extravagance, a touch softened, but in this sense natural. Few others receive any such treatment in the cinematography, although they are still given a portion of cleanly presented detail in medium shots.

As an aside, Her produces astonishing cityscapes. Night or day is irrelevant; this clarity is of a rare breed. Buildings fall into the horizon line with recognizable features and encoding wraps up potential banding and keeps it locked away. Splashes of noise are nominal intrusions, usually battering shadows.

Her received dual (well deserved) Oscar nominations for its music, populating this DTS-HD mix with purity. Piano and quaint banjo strokes pour through speakers without fault. Low-end is never an opportunity in this feature.

Design is restrained, ignoring the ambiance of cities. Surround clutter is rare, although stereos produce necessary pans. Her is best concerned with openness, offering a touch of passing air on a rooftop or pinging office walls for minor echoes.

Key is the music, often restless in establishing itself and blending with dialog. Despite a disinterest in being boisterous, audio is no less an important function of this feature.

The Untold Rick Howard Project, put together by documentary filmmaker Lance Bangs, only runs 24-minutes but stands as a unique and invigorating peering to the set. Using a mish-mash of styles, this is absolutely delightful and endearing as a bonus, peeling layers to produce a look at raw footage which has never been done. Her: Love in the Modern Day is also an investment, stacking interviews with a variety of people as they discuss the topic and how romance has changed with technology.

How Do You Share Your Life with Somebody is the only skippable piece, featuring set footage overlaid with dialog from the film. It’s of minor consequence.