With a touch of suave cynicism and slickly implausible plotting, Art of the Steal’s “Crunch” Calhoun (Kurt Russell) swerves into predictable heist methodology. Building stern clues from subtle dialog touches and clever visual tricks, Steal has a soul in its winking gestures.

Sobol’s work may be pulled together with an appreciation for foreign thievery classics, but ultimately pings the modern slice of the Ocean’s trilogy – without the trickling cast. Jay Baruchel has yet to pull himself away from F-bomb dropping sidekick roles; Kenneth Walsh is a horn dog veteran; Matt Dillon’s smugness is sizable; and an Interpol duo of Terence Stamp & Jason Jones is beautifully ludicrous.

Steal will drop the fast talking and fast editing routine as it slips into personal drama involving Russell and Dillon’s past prison shuffles, plucked back into routine as the heist expunges a suite of buried secrecy. Second act plotting theatrics come through with dire entertainment connotations until their reality is spilled in clip heavy flashbacks, reveling in this script’s personal excitement.

These art swindlers are nonetheless an energetic group, picking from their Rolodex of known accomplices to further their criminal escapades. A collected assembly of cool dispositions is enough to bond this actor array, a male driven comedy which pushes women to the side. Motorcycles, stunt work, and money are an attractive (and marketable) trio of attributes, built by splashy vehicle chases inside of a subway car or discussions over multi-millions. Steal plays to itself in its own level of ludicrous events.

Narration will introduce the titled artistry, playing out over a meaningless display of robbery. Ticking LED clock tensions are meant to blossom some audience thrilling action. Superficial as it may seem, Steal’s work in set up is invested enough to care, with Russell embedded into the idea of enjoying himself as a slick and dedicated scheister. Those surrounding him are capable enough to follow. 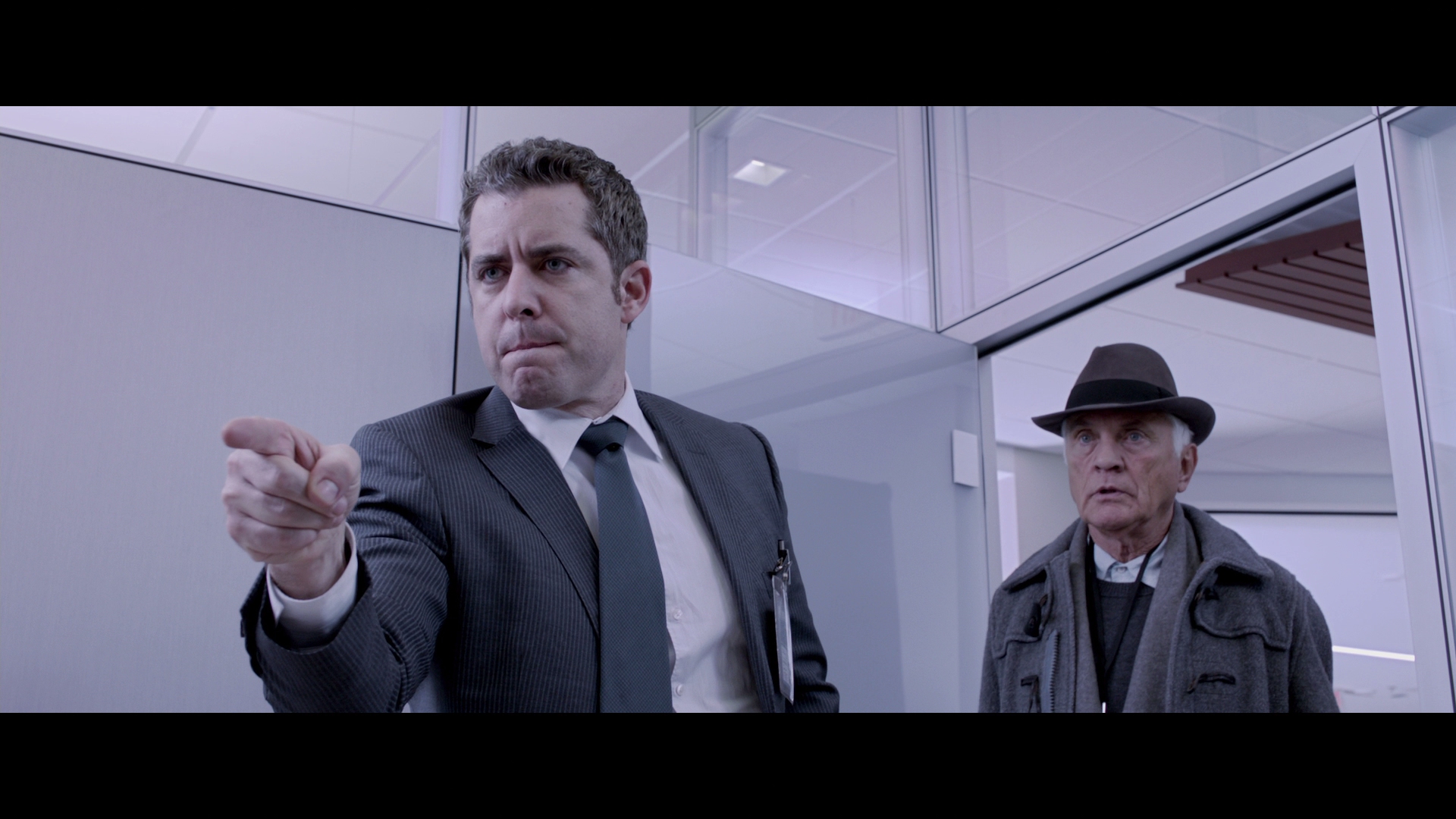 Art of the Steal does its best to remain ugly, beginning with swatches of black crush inside prison walls, transitioning to what mimics the appearance of raw digital footage. Color correction, assuming any was applied, paints flesh tones with pale purples as if the actors are frequently low on oxygen. Fidelity smothering smoothness robs a sense of sharpness, and DVD cloning, blurry intro credits set a weakened stage.

Stock footage supplies non-glamour cinematography for location work, low resolution and fuzzy in a way which defines the word in terms of home video. Shots of Niagara Falls, specifically done for this feature, appear to copy the stock work blur as if to alleviate the obviousness of their origins.

This review could yammer on about Steal’s ambitions to look like mud, but it is pointless. It does. That’s it. Flecks of cinematography driven sharpness are anomalies. Crummy green screen effects further droop the feature into a pit of video despair. An artistic retelling of the Mona Lisa’s theft is done with a bit of effects work and black & white, if still lacking essentials.

Anchor Bay’s AVC encoding appears fine however. That’s something considering the dwindling quality spectrum being offered by the source.

Without powerhouse material, Steal’s DTS-HD workload is impinged by default if still pleasing when called for. Of note is a perfect test for timbre matching obsessives, ensnaring swirling voices in a perfect circle around a character as he pieces events together in his head. It’s a few seconds of surround and stereo matching bliss.

Opening scenes throw vehicle engines into the appropriate channel, whipping by as motors pass with splashes of ambiance to help out. Calhoun’s stunt work places the character in the midst of an adoring audience with plentiful stadium music offering the assist. Fidelity wanes within certain dialog exchanges, a brief flub in otherwise precise chatter reproduction.

Writer/director Johnathan Sobel pairs with producer Nicholas Tabarrock for commentary duties, segued into Doing the Crime, an unexpectedly well done half hour peering into the film’s creation. A separate featurette follows the progression of the Mona Lisa theft reconstruction and the green screen which spawned it.