Last Days of Mars feels pulled from the ’60s sci-fi cycle, this after radioactive bugs slowly drifted from social entertainment consciousness. Things still came from space and ate people, but with snappier titles meant to lure in patrons with exploitative posters. If Last Days embedded itself in that cycle, it would be Zombies from Mars.

And, like those features, it would be a torrent of disappointment. With a tenderly paced 35-minute introduction, Last Days builds toward legitimacy. The second manned mission to Mars has hours left in their six month shift when a startling discovery of life perks up a weary scientific squad. It’s a bacteria which looks especially deadly under a microscope – if only to an unknowing movie going audience – and proves catastrophic to those infected.

All of this mystique is thrashed after a surface incident pins one of the crew underground, only to be discovered hours later shambling toward the home base. Because even scientists are stupid, they break open airlocks, letting these, “We kill because we must” half-humans on board. A dose of screaming, a touch of panic, and one swig of disbelief later, Irish director Ruairi Robinson has a movie.

This inclusive international crew begins a round of distrusting one another as infection spreads, a concept safely tucked away from logic. Some members appear to take hours before turning into slobbering and deadened manifestations of their former selves; others flip out of plot convenience.

Liev Schreiber leads as Vincent Campbell, playing for the Americans and running for gold as others are systematically removed from life contention. Always reliable Elias Koteas dons his hometown Canadian gear as mission commander, alongside Olivia Williams who is charged with reciting respectable exposition as an emotionally oblivious scientist.

Any fun which can be sucked from this planetary romp has been mutilated by an overrun of zombiefied pop culture whose popularity is undoubtedly connected to the Stateside release of this UK import. Loose harnesses to The Thing droop before things become squirmy, budgetary or purposeful design choices limiting the creep factor. At full strength, infected appear more in line with aggravated coal miners, and restless cinematography is determined to hide set restrictions. Unfortunately, camerawork cannot hide from conceptual blunders. 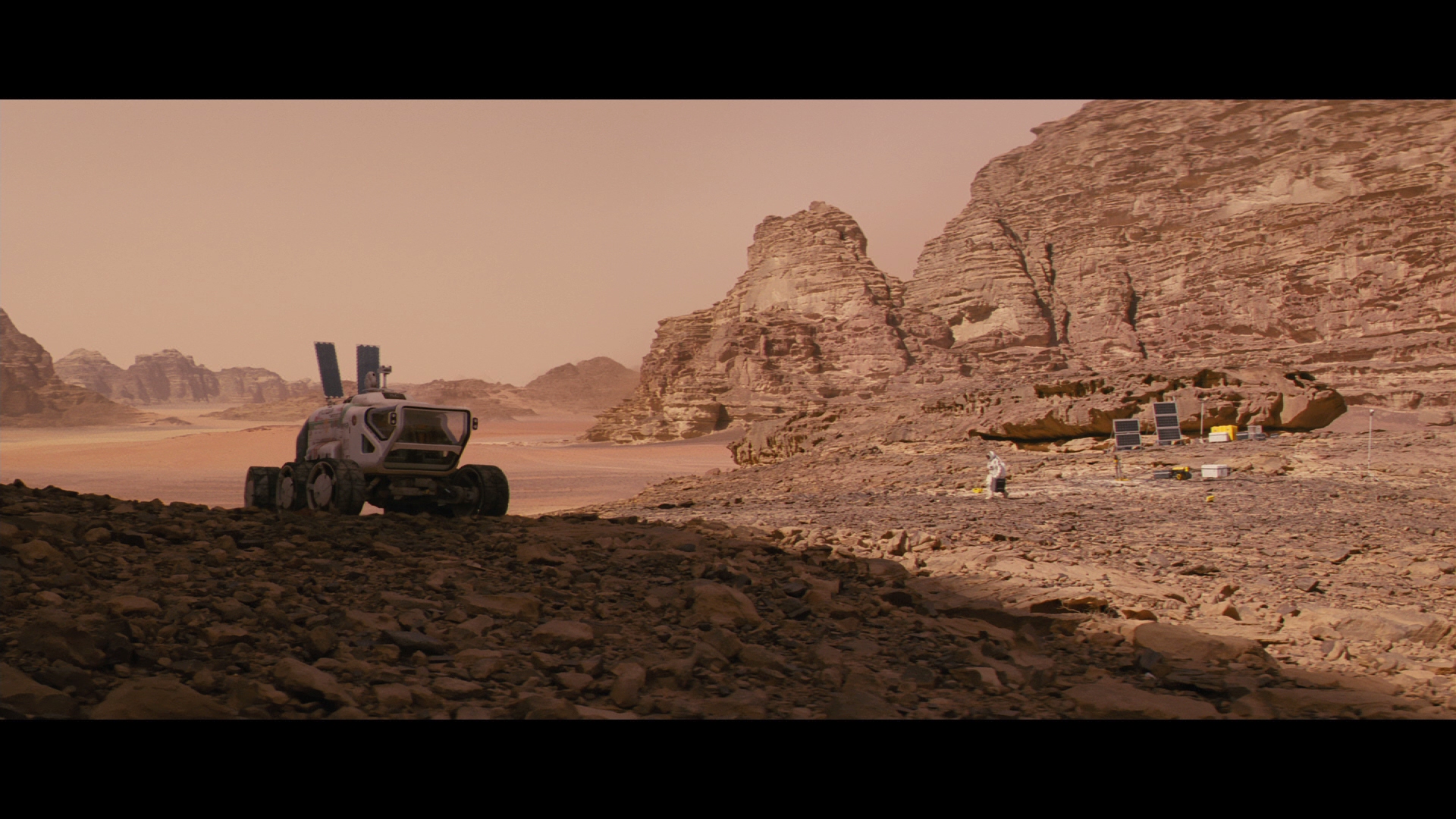 Film sourced cinematography is processed in post for the sake of Mars, bringing together a faded and dusty appearance devoid of energy. While surface exteriors welcome this blend of dried reds and brownish blacks, airlocked interiors seem oddly caught in the harsh atmosphere. Last Days blasé look is primed for dread, if over contained by post production touch up which eliminates the notable aspects of film-based production.

Processing adds a notable brush of smoothness to the feature, eliminating layers of precision detail. Magnet’s encoding work is doing the film limited favors with extensive banding in multiple instances. While artifacts are freed from inclusion, it would seem compression is further impinging on a menial source.

Mastering work also feels loose, as if this were rendered at abysmally thin resolutions. Despite reaching screens at 1080p, limitations blast something with visual cues more akin to a 720p upscale. Last Days almost seems confused by the format’s capabilities.

This pasty look infuses itself into contrast, pale even as the sun cuts through the Martian atmosphere. Black levels, as stated above, are of no assistance. They never reach critical levels to prop up this material. Even as the feature attempts to deliver darkness for the sake of atmosphere, help is not allowed.

Sound design needs to propel a storm into multiple channels during its rush toward the actors… and it does. Debris hits the glass of their rover, with surrounds handling their duties to create the full pan effect. The subwoofer however seems to gloss over its segment of the DTS-HD mix. It’s saving itself for a ship take off near the closing moments.

Low budget sound design otherwise exaggerates the moaning zombies, following camerawork to push them into the rears as the chased characters scream from the center. It’s salvageable considering the movie’s monetary situation.

A passable making of with the usual round of cast/crew interviews is worth the time at 15-minutes, even if the information is droll. A peak into the visual effects deconstructs the shots from raw footage up to the finished product, a six minute demo reel for the studio. An interesting comparison between raw behind-the-scenes footage and the final shot is fun, providing perspective on how much changes after the scene is done on set. A brief TV promo is needless with recycled material from the making of.